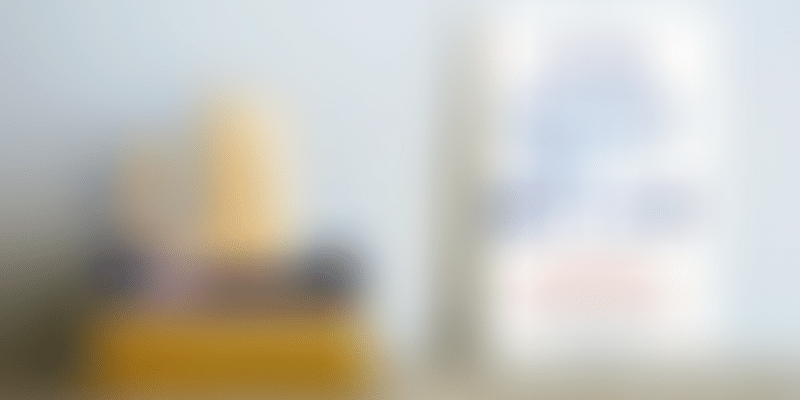 Principles and examples of courageous innovation are highlighted in Lisa Goldman and Kate Purmal’s book, The Moonshot Effect: Disrupting Business as Usual.

Much has been written about how the NASA lunar programme in the 1960s galvanised the US and inspired millions around the world. Some of the lessons have been captured in the book The Moonshot Effect: Disrupting Business as Usual, by international management consultants Lisa Goldman and Kate Purmal. The book also includes insights from the authors’ own business experience, offering valuable lessons for those wishing to launch their own organisational moonshots.

The five-section material is spread across 275 pages, and makes for an informative read for startup founders and enterprise innovators. Cited books include Failure is Not an Option, Moonfire, Marketing the Moon, and Team Moon; a useful online resource is The Leadership Challenge.

A moonshot is novel, unexpected, difficult and risky, but is also worth it as a noble pursuit. It has a special magic that other bold initiatives do not have. It also has to be communicated in an imaginative but simple manner.

“Simplicity is powerful in a complex world,” the authors explain. “Moonshots are an act of human courage, imagination, and determination,” they add. “Moonshots elevate contribution, and challenge people to perform beyond what they think possible.”

Successful moonshots involve a combination of framing, leadership, and team excellence. Here are some of my takeaways from the book, on how moonshot principles can be applied in a wide range of organisations.

John F Kennedy, as US president, launched the original moonshot challenge by urging the country to commit to putting humans on the moon and bringing them back safely to Earth. This combined the age-old human imagination about the moon along with a spirit of adventure, pioneering, and patriotism during the Cold War.

“Every startup is a moonshot,” the authors write. They operate with limited time and funding, in tight deadlines, and with out-of-the-box approaches. The work of a startup is ambitious, hard, unexpected, and worthwhile. “Creating breakthroughs is the core business of a startup,” the authors add.

Founders ask powerful “what if” questions about when and how something innovative and bold can be accomplished. They have a growth mindset, and are open to research, experimentation, and mentoring. In scale stages, as some founders become “accidental leaders”, they should be “confidently humble” and cultivate a network of advisors.

“Become a student of leadership,” the authors advise aspiring founders. They need to create a culture of grit, persistence, and resilience. They should “lead like a hippo,” spending a lot of time just observing, and emerging only when it is time for action. (See also my reviews of the related books People with Purpose, Startup Leadership, Startup CEO, and The Founder’s Mentality.)

“Don’t underestimate the impact of your leadership on your team and the business,” the authors caution; time should be spent on defining values and culture. “If you don’t define the culture, the culture will define itself, for better or worse,” they add. Serial entrepreneurs understand better the early emphasis on creating the right culture, which extends even to workplace design.

For example, Unbounce has a real-time display of customer survey data to show the voice of the customer. The Webby Awards team rings a bell when anything positive happens. Manufacturing startup Fictiv lives its mission by filling its office with products built by its own employees, for example, desks, doorbells, etc.

As the company grows, the founder may no longer be seen as “one of the gang”, and needs to focus more on planning, delegation, hiring, and partnerships. They will also need to spend time on managing and avoiding conflicts and disagreements, internally and with partners.

“Storytelling is essential for the startup entrepreneur,” the authors emphasise. This includes customer stories, war stories, values stories, and founder stories (see my reviews of the related books Let the Story do the Work, The Storyteller’s Secret, Whoever Tells the Best Story Wins, and First-Time Leader.) A good story timeline has scene setting, beginning, building, tension, impact, resolution, and final answers.

“Stories put values into context in meaningful and memorable ways,” the authors explain. Stories should be collected and documented across the organisation. For example, Ritz-Carlton has daily 15-minute standing meetings where employees share stories of outstanding service delivered; these are captured online in the website section called “Stories that stay with you”.

Adidas and Proctor & Gamble celebrate stories of their customers. “Culture is shared and reinforced through story,” the authors explain. Progress is reinforced through a focus on key business metrics, such as product release, usage, and revenue.

More contemporary examples of a moonshot are aluminium manufacturer Alcoa’s “Zero is Possible” initiative to reduce workplace fatalities, and GE’s Ecomagination clean-tech initiative to reduce water usage and greenhouse gas emissions. Palm founder Jeff Hawkins used to carry around a wooden mock-up of the PalmPilot to show what a smart device could look like, thus communicating his vision of the future.

Moonshot team members have to be collaborative, risk-taking, energetic, forward-thinking, reliable, self-motivated and punctual. They will need financial support, and may need to be relieved of their regular work in order to focus fulltime on the moonshot. Desired impacts can be on revenue, market share, or industry visibility.

Whether in a startup or a large organisation, moonshot leadership calls for special skills and attitudes (see Figure 1). The leaders should be able to see the future in their mind’s eye, find ways to inhabit it in their dreams, and describe to others what it looks like. This helps keep the team continually inspired.

They should be prepared for tough and even cynical questioning, and may also have to improvise and be creative during unexpected situations. Leaders should be able to clearly prioritise decisions and actions, and give meaningful acknowledgement along the way in a public manner. Authentic acknowledgements should mention organisational and personal impacts.

“The ability to connect with people quickly is important to every leader,” the authors explain. Effective networking has also helped leaders get big breaks, for example Bill Gates’ early partnership with IBM; Cirque du Soleil’s connect with Quebec government officials. Good networking is a combination of empathetic listening as well as active contribution, and is a rich source of perspective, advice and experience.

“Be a hero-maker, not a hero,” the authors advise. It’s not about being right, but being effective by cultivating the heroic all around. “As a leader, you don’t need to be the best problem solver,” they explain. This may be difficult to accept for leaders who have built their reputation as decisive problem-solvers.

“The success of a moonshot hinges on choosing a courageous team,” the authors explain. It should include superstars, wildly creative types, results-oriented individuals, risk-takers, and exceptional collaborators. Poor performers are given extra coaching or are asked to leave.

The high-performance team values not just activity but results (see Figure 2). They are also punctual; after all, being early for a meeting can actually help feel more prepared and productive, and allows extra time for networking. The culture in a high-performance is intentionally defined, with explicit rules of engagement.

In sum, a moonshot will have significant and broad impact, but has to be executed in a finite timeline. In the longer run, moonshots are contagious and successful team members go on to launch their own moonshots, sometimes in other organisations.

It would be fitting to end this review with some of the inspirational quotes in the book:

The moon is the first milestone on the road to the stars. – Arthur C. Clarke

The man-in-space program was simple in concept, difficult in execution. Every mission was a first, a new chapter in the book. - Gene Kranz, ‘Failure is Not an Option’

Amazing how quickly you adapt – why, it doesn’t seem weird at all for me to look out there and see the moon going by. – Michael Collins, astronaut

Obstacles are those frightful things you see when you take your mind off your goals. – Henry Ford

Truly perfect is becoming comfortable with your imperfections on the way to doing something remarkable. – Seth Godin