A world without feminism: the need to reorient the discussion around gender roles 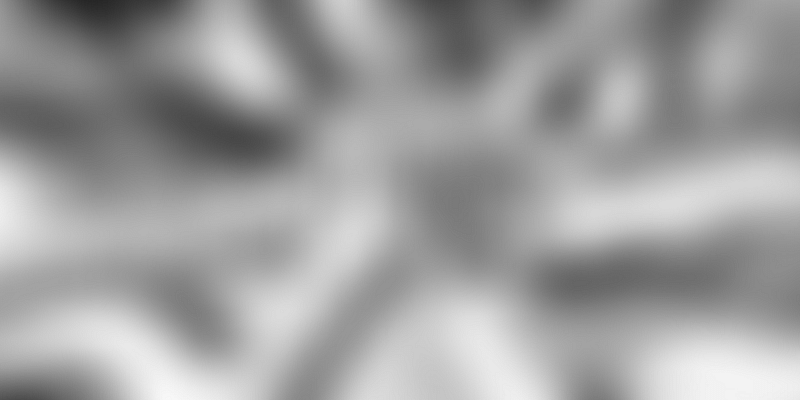 As societies and organisations debate the merits and demerits of gender-based roles and movements like feminism, a question needs to be asked: does our approach to the issue need to change fundamentally?

The genesis of this article is a midnight conversation between two siblings, who met after a year, over chai and Maggi. We were raised in an educated household of Bihar and despite societal biases, the expectations, aspirations, and role definitions for us were similar. Today, we are both settled professionals, one in India (Pratyush) and the other in the US (Anamika).

When we meet, we discuss a wide variety of things, including personal and world affairs, and many discussions turn into heated conversations. This day, our conversation drifted towards discussing our personal experiences of gender bias in our society, and underlying issues and experiences, and even though we are both clearly sitting on the “opposite” ends, both in terms of gender and geography, we were surprised to see that our views matched! It all started with sharing a few anecdotes which all seemed to have a common theme.

I (Pratyush) walked into a toy store in an upmarket locality in Delhi and asked for a gift for a two-year-old girl child. I was presented with a dollhouse and kitchen set as apparent choices. Being a father myself, something struck a chord, and I prodded further and asked what I should buy for my two-year-old boy. What I got was a doctor set or a racing car.

At the surface, it was an innocuous purchase suggestion, but diving a little deeper, it appeared nothing but deep social conditioning and a biased view where children were asked to fit very early on. Something similar happened another time when I was in a car and a female driver overtook us in a somewhat aggressive manner. My driver was aghast and amused at such an “anomaly” and minced no words in sharing that with me as to how her behaviour was not feminine!

When I countered him that to drive, all you need is two legs, two hands, and a brain – all of which the female driver had – he could not provide a counter, but was still convinced that women are not good drivers. At the same time, he expected aggressive driving to be a male attribute.

An equally amusing well-meaning suggestion comes when my wife and I stay apart for her to pursue her PhD, “What was the need for all the struggle when you have a stable job?” So, if a husband has a stable job, there is no need for the wife to create her own identity.

I (Anamika) have more grey hair than my brother, and hence have quite a good collection of anecdotes of gender expectations. Starting from the point that, as the fourth daughter, my birth was a total let down for my parents and grandparents. Then, my academic performance and career achievements were tagged with compliments of “me being like a son” to my parents, and all that finally led to me being branded as “not motherly enough” or “being over ambitious” when I continued to pursue my career across two continents after having kids.

Mind you, these later brandings were not only limited to India since I heard this even in the US. Despite my best efforts, I see this continuing to the next generation when my son’s interest in cooking is taken with surprise, or my daughter is expected to be “more forgiving and understanding” in sibling fights.

Such biases are common, and many times are thrown around with “good intentions” that we don’t seem to notice. “Women can’t drive well”, “Mechanical/civil engineering is not for girls”, “Girls are emotional”, “Girls are more mature than boys”, “Boys don’t cry”, and my favourite one, “Boys will be boys” (and girls be girls, and tomatoes will be tomatoes)!

This leads us to the question – are men and women wired differently, or is it the social conditioning that expects them to acquire, or not acquire, certain traits which then later become a self-fulfilling prophecy?

The social conditioning starts from infancy when we hand our kids their first toys, to when we make them indulge in activities perceived as either masculine or feminine. “Deviant” children who do not fall in our perceived “boxes” are characterised either positively as being “tomboyish” for a girl, or negatively as “being girlish” for a boy.

Results of such conditioning are disadvantageous both for girls and boys. However, females end up facing greater levels of “social sieves”, which puts them at a major disadvantage when it comes to pursuing a career. These social sieves include self- and externally inflicted doubts when females think of pursuing a career in an area perceived as being for males. This psychological dimension goes beyond perceptions and mingles with the law.

An article in the latest edition of The Economist mentions that labour laws in 104 countries reserve some jobs for men only. For example, in four countries, women cannot register a business, and in 18 countries, a husband can stop his wife from working. If a woman at all enters a “manly” career, the next sieves include lack of role models, assimilation in a male majoritarian environment, and exclusion from tough and decision-making roles.

To make matters worse, exclusion from tougher roles is seen as being considerate towards them. The next hurdle comes when women decide to start a family and have children. We know cases when parents of a female Lieutenant in the forces contemplate her shifting to a “softer” job, which can make her more “marriageable”, and where maternity leave renders a female being perceived as less competitive than her male counterparts. In some such cases, re-entry in her chosen career becomes impossible.

If it was an issue of wiring, then we should see similar effects across species. After all, it is evolution that brought us and other species to this point! For all animals, survival of species primarily requires three activities: hunting, gathering, and procreation. For humans and other mammals, procreation and the parental care role involves almost exclusive time investment from females.

This perhaps led to ceding of other activities to males. For humans, hunting and gathering later extended to other activities like conquering of lands and farming, which ended up men having more economic power, while females continued to be assigned to the sidelines. When we look at the animal kingdom, we find some similar cases. For example, male lions provide protection from other male lions to females and the pride, while female lions bear the brunt of other work, from child-rearing to hunting! So, what if we remove or reduce the parental care load? Egg-laying animals such as birds and fish fall into that category where we also see male-based parental responsibility.

For example, it is the male penguin who takes care of the egg while the female penguin leaves to spend winter in the open ocean.

We do not claim to be experts in evolutionary sciences, and so we will leave our discussion to just a grazing view of the effect that sexual reproduction and parental care roles play in male-female role definition and physical traits. However, we opine, based on observations, that it is not wiring per se, but the parental care roles that seem to have defined human evolution and final conditioning which has put women at a more disadvantageous position.

Women, when left alone, are empowered enough to create a mark. It is only when society disarms them through various practices, perceptions, and decisions that they are put in a disadvantageous position. Making the environment at workplace and public places hostile towards women, expecting, and in some cases even forcing, them to leave their career after marriage, linking her identity with her husband, not hiring her because she had a break in career due to pregnancy, not funding a women-led startup, etc. are just some of the instances of how we disarm women.

The only need is to carry out “reverse disarmament” of women by society and ensure equal opportunity in the real sense.

While we take pride in worshipping female deities, let us also take pride in treating women around us as equal human beings first. Let us create a world in which there is no need for feminism or male-ism (if at all such a term exists) but is full of humanism.

Dr Anamika Prasad is a faculty at South Dakota State University, USA. She is a PhD from MIT (USA) and a B.Tech from IT-BHU, Varanasi.

Pratyush Prabhakar is an alumnus of IIM Calcutta.