Flipkart-Walmart: how will work culture change for the alliance? 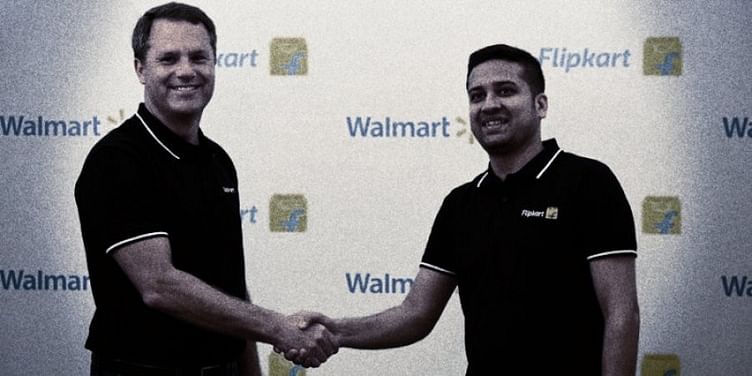 Beyond tech and business, work culture is a matter of concern when it comes to integrating Flipkart with Walmart. How will this play out in the next couple of years?

On May 9, at the town hall to announce the acquisition of Flipkart by US retailer Walmart, Flipsters, as Flipkart employees call themselves, had one big question – would there be firings?

The concern was genuine as Walmart has a history of imposing policies on its acquisitions to results that are not always employee-friendly.

At the town hall, Flipkart Group CEO Binny Bansal was firm in assuring his team that there would be no firing of employees. In fact, he said there would be more hiring for new initiatives that were being planned.

Attending to the unasked question of Walmart setting the rules now, he had added that no processes (from Walmart) would be imposed on the team; but if they wanted to adapt any process from Walmart to Flipkart, they would be given the chance to do so.

After all, now on, Flipkart would be run as a retail company, not an internet company.

It is obvious that that beyond tech and business, work culture is a matter of concern when it comes to integrating Flipkart with Walmart. The former is India’s ecommerce leader, and the latter is the world’s biggest retailer. Flipkart’s entrepreneurial culture has always been its hallmark, as opposed to the 56-year-old titan from Arkansas, which follows a more traditional culture with set practices.

According to Kartik Hosanagar, Professor of Internet Commerce at The Wharton School of the University of Pennsylvania, it will be a mistake for Walmart to impose its culture on Flipkart. He believes Walmart will be eager to share its know-how and processes with Flipkart. “But Walmart has tested the waters in India previously, and other Asian markets and it recognises that these markets are different in many ways. If company culture is being dictated from the US, the Flipkart deal will fail,” he says.

As the two giants join hands, choices made now will be critical in the long term. Of course, it will be a function of how, and how much, they integrate. Experts believe the impact will be visible only after a year or so.

“On the operations side, Walmart would not want to disturb anything immediately. It may cause Amazon to take a lead in business. Likewise, there may not be changes in the senior leadership immediately,” says Anuj Roy, Head of Digital Practice at global executive recruiting firm Transearch.

Kartik adds a significant example: When eBay acquired Chinese ecommerce company EachNet, it imposed its culture on the latter and also asked EachNet to drop its China product and switch to the eBay US product.

“eBay believed that they had a superior product in the US. eBay soon lost the China market to AliBaba. This has been a well-known lesson for US companies that believe that company culture or product design can be dictated from here. I think Walmart will let Flipkart’s product and tech teams remain independent, at least for the next several years,” he says.

He adds that where Walmart might leverage Flipkart will be in introducing some of its private label brands to Indian consumers through Flipkart, and also in opening offline stores using the Flipkart brand.

According to HR expert Saurabh Deshpande, the three things that will be most important to make the integration successful are:

1) Vision and purpose: Why did the deal happen? What is the vision for Flipkart moving forward? These need to be articulated and communicated, to energise employees.

2) Clarity: Clearly communicate the integration roadmap, how it will impact people. Listen to what team members have to say, address their questions and concerns.

3) Change agents: Identify team members on both sides (Walmart should leverage people from WM Labs as well) who will help drive the transition and change. Involve this group in the planning and execution.

Of course, integration without the wheels coming off the acquisition will not be easy.

According to TN Hari, HR Head at BigBasket and Strategic Advisor at The Fundamentum Partnership, the foundation of any successful integration in an M&A context is mutual respect for what the other brings to the table.

Needless to say, efficient integration will bring benefits for both parties. “It is about making two sides leverage each other’s tech, domain expertise, and supply chain. It needs a pragmatic approach - pick the best from both players, what worked for them in their success,” says a former executive at Flipkart, on condition of anonymity.

According to Devangshu Dutta, CEO at Third Eyesight management consultants, Walmart has a good sense of product development, sourcing, and supply chain. “Flipkart is big in commodities products like books, mobile, fashion etc and they operate well independently. But a sense of product management does not permeate Flipkart as they are a marketplace,” he says.

When Walmart, which has been waiting for more than a decade to enter Indian retail, finally gets a chance to play its next big game, the integration would create some well-intentioned and much-needed interdependencies.

But, according to Hari, not everyone at Flipkart (especially at the senior level) may like this, and may move on.

“That’s got nothing to do with Walmart, nor does it mean a failure in integration. It is just a reflection of such individuals not being able to adjust from being independent to becoming interdependent,” he says.

Anuj, of Transearch, believes a lot of people may cash out their ESOPs because of this. “Anyway, the incentives are limited. Some people at the VP level and above will cash out as there are no long-term incentives,” he says. Co-founder Sachin Bansal leaving itself is proof that when founders are not majority stakeholders in VC-driven companies, it is better to cash out to avoid management clashes. (It was earlier reported that Sachin’s exit was due to the limited control given to him under the new structure.)

He adds that Flipkart will try to retain key people who would not mind sticking around with Walmart (unless they are entrepreneurial). Many ex-Flipsters have gone on to establish themselves as entrepreneurs, an example being Bengaluru-based startup Udaan, which was launched by Sujeet Kumar, Amod Malviya and Vaibhav Gupta, all three of whom worked with Flipkart until a few years ago.

Hari adds, “Over a period of time, Walmart would certainly bring in elements of culture that they deeply value. After all, it is these elements of culture that have made them what they are today. Any M&A always results in some attrition at mid to senior management levels. This attrition isn’t really bad. It is natural selection. Those that fit in best and adapt would continue. The others would find new homes.”

He reiterates that while the Flipkart CEO will report to an executive at Walmart, the rest of the Flipkart management team should be insulated from the functions at Walmart for a period of 12 months.

“After 12 months, some cross-reporting relationships could be introduced. Some FK leaders should be given leadership roles in the combined entity, or in the larger Walmart organisation,” he says.

Consistently efficient operation is Walmart’s key to offering low prices to the customers. In fact, its Every-Day-Low-Pricing (EDLP) strategy is a result of efficient methods in sourcing, supply chain, and front-end operations. The company has the same motto internally as well.

While Flipkart likes its luxuries, be it swanky offices or huge pay packages to fresh graduates, Walmart executives still fly economy class. It has only been a few months since Walmart made its minimum wage $11 per hour, following protests about the meagre pay to its employees.

Anuj says there will be some tightening of the purse strings as Walmart wants to grow Flipkart for an IPO. “Walmart will be more focused on where they invest in. It (their investments) will be more thought through,” he says.

For the new entity, Kartik is positive that compensation and payroll expense will be under supervision from Walmart. “But they will also be cognizant of the need for pay to be competitive with that of Amazon,” he says. Sources inside Flipkart tell YourStory that new processes in finances are already on the way. According to one person aware of the developments, there is strong synergy with the US team in putting more processes in place, like revamping the appraisal system.

An ex-employee at Walmart Labs, on condition of anonymity, says that although the retail side of the American company is known for its frugality, the tech employer is a paymaster at par with Amazon or ZoomCar.

“Senior directors in the company, both tech and retail, are mostly those who have been with the company for 20-25 years. One of them was a trolley boy at Walmart retail, who learnt new skills and rose in the company.”

Saurabh agrees that Walmart has already shown the willingness to adapt. “Walmart Labs in Bengaluru has been able to attract and retain some great technical talent including people from successful Indian startups,” he points out.

The ex-employee from Walmart Labs says attrition rate was high at Walmart Labs as things were “slow-moving.” He says the pay is high at Walmart for the best talent, since it is a legacy company. “But it has defined processes, and any change will need permission from multiple levels. It is not intellectually satisfying. The company has a traditional mindset and low-risk appetite.”

These sentiments are echoed by another Walmart (retail) executive in the US, who says that since Walmart is a huge company, its pace of innovation is not as fast as smaller companies.

“While it cannot run as a startup, you can do 100 things in one month,” says the ex-employee at Walmart Labs, adding that Walmart also offers a clear work-life balance. “Everyone leaves the office at 6 pm. If you are staying late, especially women, you have to get the manager’s approval,” the former employee says.

On the other hand, startups often tend to have a toxic work culture with crazy work hours as a result of poor planning, a total lack of work-life balance, the tendency to turn a blind eye to harassment of all kinds, and an unmitigated bro culture. Thus, according to Hari, some of the changes that Walmart would introduce would be welcomed by employees.

After Walmart’s acquisition of US ecommerce portal Jet.com, reports had surfaced that the latter’s startup culture took a hit, with Walmart banning alcohol consumption, and even cursing in office.

Hari believes senior-level executives at Walmart would not embrace the startup culture of Flipkart. “My sense is Flipkart, in three to five years, would become indistinguishable from the rest of Walmart,” he says, adding that cultures are what founders and companies create. “In terms of culture, companies founded by millennials are likely to be very different from companies founded by, say baby boomers,” Hari opines.

However, Saurabh believes culture is never static. “It is like a living, evolving set of behaviours and actions. So, in that sense, these two cultures (traditional corporate vs millennial) that we perceive as opposite ends of the spectrum are actually evolving, at some converging point along the spectrum. At what side of the spectrum will the convergence point be is something that varies with company and industry,” he says.

If Walmart-Flipkart integration works out without too many headaches for the human resources team, a new story in work culture may begin now.