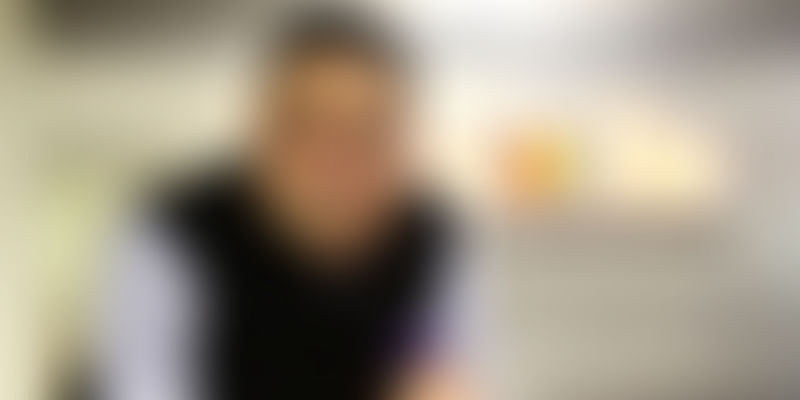 Started in 2015, Awfis is a co-working space that has over 20,000 seats and clients that range from SMEs, startups, to large companies.

A large San Francisco-based company was looking to set up an office in Hyderabad. The headquarters boasted of a swanky space, and its Hyderabad presence had to match up. While setting up an office seemed like the course of action, the team felt the need for a more flexible and economical way of working. Enter Awfis.

Taking away setting-up hassles like extensive costs, and dealing with real-estate developers and interior decorators, co-working spaces are making life easier for companies. Awfis was started around 2015-end by Amit Ramani, who had earlier worked with US-based realty company Nelson; and YES Bank CEO and Managing Director Rana Kapoor.

“In 2014, when I was in the US, I noticed the work trends there, and how the co-working models worked in the market. I wrote a business plan on my flight back. After that, I met Rana, who I knew earlier, and we got a seed investment of $3 million. Rana and me pooled in our resources and pumped in $11 million and started Awfis,” says Amit.

Last year, Awfis raised $20 million in Series-B funding led by Sequoia Capital. It was touted as one of the biggest investments in the co-working space. Awfis’ premise was simple - there was demand for quality infrastructure, which wasn’t available, and it would provide it.

Amit explains people who were looking for a few hundred seats were stuck with real estate developers who had a 20,000 sq ft floor plan, and were inflexible. Apart from this, there was five-year lease periods, lock-in periods, security deposits - the list was endless.

Also, one doesn’t get the space where they need it. “There is also a certain trust deficit and lack of transparency while working in the real estate sector. Accessibility, flexibility, and transparency can convert a conventional office user into an Awfis user,” says Amit.

Until early this year, the team was operating in over 50 centres in eight cities. They launched co-working spaces simultaneously in Delhi, Mumbai, and Bengaluru as of March 2018, and they have over 20,000 seats.

Amit says they realised early that a co-working space was a supply play, and not a demand play. Initially, when the team met the developer community, the latter was resistant to the idea. When they said there would be no security deposits and other lease agreements, and the developers would make money when Awfis does, all of them showed the team the door.

Today, they run on a 50:50 ratio, but want to shift to a 70:30 model, where 70 percent would be the management operator model. Amit believes this model will help stretch the capital further.

“I am not trying to pretend I will create a demand for the next new micro market. I don’t have the ability to create a controlled real-estate space, and somebody has already done that. What I can do is provide the infrastructure at cost-effective prices, where I can attract the demand,” says Amit.

He explains that people primarily choose Awfis for the flexibility it provides. They are able to reduce costs by close to 30 percent by following the seat model, says Amit. He adds that Awfis’ ability to get the supply is better, as the team ends up buying close to 25,000 seats, and the companies, in turn, use what they want and save money.

“Sharing assets across categories is a huge trend, and we believe office spaces will be no exception. The real value will come from network effects, as companies expand and scale up. The key capabilities that Awfis brings to the table are deeply-penetrated sales engine for asset owners, and efficient design and quality at reasonable prices for tenants and community members,” says Abhay Pandey, Managing Director, Sequoia Capital.

Currently, the co-working concept is fast catching up in India. Awfis has several competitors like 91springboard, WeWork, BHIVE, AltF Co-working and many others. WeWork has so far raised over $7.65 billion, and has a strong presence globally. Amit believes they are different, thanks to the model they follow, and adds that most co-working spaces are following a lease model now.

He says they have been profitable in every centre for more than three years now. Amit, however, refused to elaborate on the numbers. Awfis hopes to expand to Chandigarh, Ahmedabad, Jaipur, Kochi, and Indore in the near future.