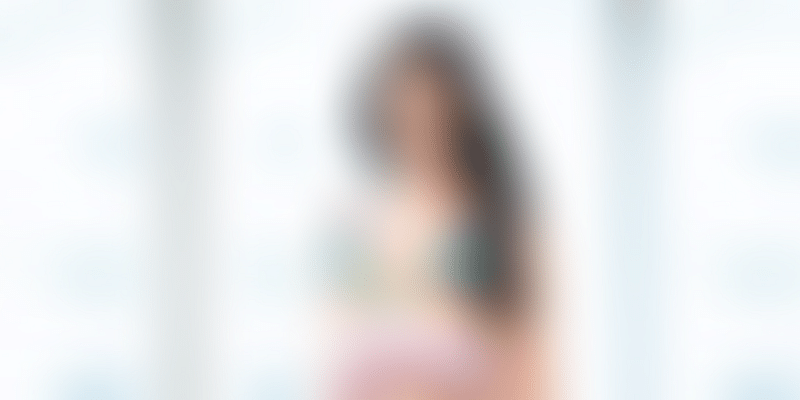 Founder of Ishka Films and Managing Director of Anand Rathi Shares and Stockbrokers, Priti Rathi Gupta believes there is no stopping a person who wishes to aspire for greater things even later in life.

Married at 19, she parked her dreams at a young age, only to chase them later in life. She went back to college and got to working full time. It’s been 18 years since, and Priti has never looked back.

Her story is not one of rebellion but of building a foundation and framework that would help her support and bolster her aspirations.

From the financial world to the filmy, the 47-year-old has two sides: one is the meticulous and rational woman and the other is the romantic girl who loves writing poetry and enjoys her wine and the rain.

Never give up on your dreams

Priti’s formative years were crucial in instilling in her the values that she would uphold later in life. “I could almost say that my early years have been a life of a nomad. By the age of 13, I had lived in Delhi, Veraval - a small town in Gujarat, Calcutta and Mumbai.” The constant change of place and exposure to new people, culture and lifestyle has helped define who she is today.

“The ability to adapt to different circumstances, learn new languages and new skills constantly are some of the attributes that were shaped during these early years,” she says.

Of marriage, and lessons from it

Getting married at such a young age may unsettle many, but Priti went with the flow. "My son is 16 and knows what he wants, and knows exactly what he needs to do to get there. At that age, I wasn’t like that so I went with the flow. It was challenging to put my dreams and aspirations on hold but in hindsight, I am glad that I did not imbalance the equilibrium of relationships and that has stood me in good stead in the long run,” she notes. She adds that marriage has also helped her gain important life lessons, including patience.

Around 1994, Priti helped her husband set up the National Stock Exchange Desk and shortly after that her husband and father merged the business. Priti started looking at new things the company was doing and, eventually, in 2001, she joined work and decided to go back to school as well.

“The trigger was watching my siblings, who had done their CA, and it hit me that I was the only person in the family who was not a graduate. So I decided to jump into work full time and finish my graduation,” she recalls.

Priti finished her graduation at the S.P. Jain Institute of Management and Research in 2003, which was a huge turning point in her life. “At that time I was studying, had a small child and I was also travelling a lot because of work. My work took me to mandis where as a woman people would not acknowledge me and would instead talk to my male colleague. It was challenging but I came out of it stronger,” she says. A few years ago she also undertook an executive education at Harvard Business School.

Going back to school and learning always gives me a fresh perspective, not just on work but also on life

she explains, of her decision to study further.

As the Managing Director of the Anand Rathi Share & Stock Brokers Ltd, Priti has set up various businesses in the financial services space, right from commodities and currency brokerages to a financial planning outfit.

Anand Rathi is a family-led but professionally run organisation. Priti elaborates her role and work at the organisation and shares that as part of the promoter family it is her mandate to look at new businesses and strategic initiatives. “I have set up and led two successful companies and now in the process of my third new ambitious initiative, which will be one of its kind in our country. As part of my leadership role I have designed and implemented a lot of HR initiatives as well,” Priti says.

In 2014, much to her family’s surprise, she decided to start a film production company. “While finance is part of my DNA I have also inherited the creative bug from my mother. While researching on setting up a film fund I was deeply attracted by the art of storytelling through films. I also realised that there was a huge gap when it came to fun, quirky and content driven-cinema. That was my calling for this industry,” she explains.

I got my hands dirty by getting involved in everything, right from working on the script to talking to the actors to the shoot to budgeting and line production. That was an experience.

Her next project, Karwaan, in association with RSVP films, is a comedy about three odd balls on a road trip. “On the anvil are a couple of international projects and a few short films, all of which are aimed towards creating cinema with a long shelf-life. Films you would come back to watch time and again and yet never grow tired of,” Priti says.

As a woman in business, Priti has had her fair share of challenges, but says a good support system has helped her deal with most of them. That, and letting go of things that are not meant to be.

It’s important to keep your focus on a solution rather than waste energies on thinking what could have been or what will be. To stay rational and logical is essential during trying times.

she says, adding that a more positive approach to failure will help in the long run.

“I know that that is easier said than done. With so many years of a working life behind me, I have learnt to take failures in my stride. I truly believe that every failure pushes you to work harder towards success,” Priti says.

As someone who has two very different business vying for her attention and other demands, how does she ensure that she invests in herself?

I am a planned and methodical person and that helps me make some time for myself in a day. I set aside time to exercise, read and practise some Hindustani classical music three or four times a week. And I always try to study or learn a new skill every year. My biggest learning comes from meeting new people and deep conversations. I am also actively engaged with a few alumni and entrepreneurship organisations. There is a huge sense of satisfaction as well as learning on such platforms.

As someone who didn’t conform to the conventional order of doing things, Priti sure has come a long way. She signs off,

“Carpe diem – seize the day! Don’t wait for a tomorrow to do what you yearn to do today or say the things you want to to your near and dear ones. And do your best to live each day fully.”