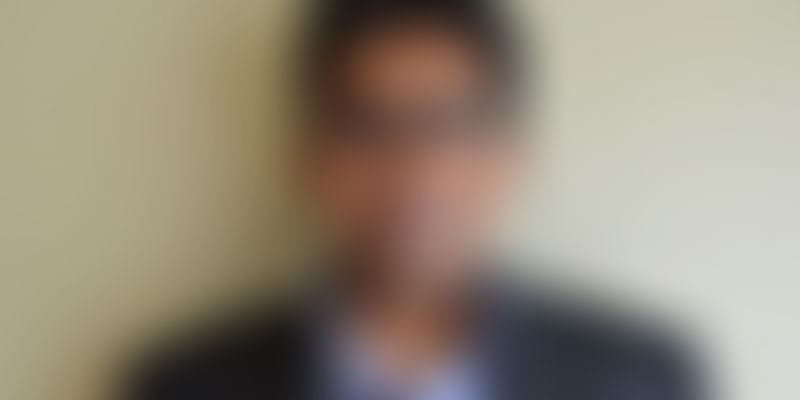 After tasting success in India, Sagisu is now creating tech that can solve intra-city logistics in Mexico, Latin America, and other developing markets.

Where it is based: New Jersey/ Bengaluru

Problem it solves: Provides real-time information for enterprises and truckers, including shipping solutions.

In the harsh New Jersey winter of 2015, Indian-born businessman Mithun Kadur was at his office advising a retailer on supply chain when his mind suddenly wandered to his home country and the business opportunities it held. Especially since logistics hadn't gone through the digital transformation route yet.

He observed the average American trucker uses technology more frequently to know who his customer is. He also uses data to deliver the product to the chosen location based on route optimisation, and knows the price that has been paid to him.

When Mithun travelled to India in January 2016, he met with 35 truckers to realise they had no formal information to go by on their routes. While each had figured out a way to get his route done, there was no standardised process or technology in place to work more efficiently.

Every process of the logistics chain was either passed on through word of mouth, a Whatsapp message, an SMS or a piece of paper. There was no technology making information flow easy, and to top it all, there was no price discovery for enterprises. The same problems exist in Mexico, and Latin American and African nations as well. So, in June 2017, after almost six months of research, and backed by 13 years of supply chain and technology experience, Mithun launched Sagisu.

“If you look at the countries we discussed, they have the same problems as India,” says Mithun, who is the CEO of the firm. Price discovery and transparency are absent. He adds that there are several point solutions in logistics where one would do warehouse management or just driver information management. “We intend to make a global business and not just focus on India,” says Mithun.

Ajit Nair joined Mithun to build the technology. He had earlier helped Mithun in his consulting role, and had helped clients crack technology-related issues such as building platforms that could track inventory and manage stores. Since Mithun had worked with the likes of Bed Bath & Beyond, The Collective and Target, Ajit’s technology skills complemented Mithun’s business acumen.

“The price variance for trucks in a city like Bengaluru is 2,500 percent,” says Mithun, adding that the business of logistics in India is not customer-focused. But that does not mean you can structure it to function like a tech company either, because he believes that one could never solve the problem of logistics in India that way.

Ajit and Mithun spent the entirety of 2016 building Sagisu. By 2017 they had done pilots in several companies and by June 2017, they had eight clients who had signed up with them for real-time logistics services in the city. The next launch for Sagisu will be in the US, before going to other global markets by the end of next year. The company does not want to disclose revenues, but has raised $500,000 from HNIs. The team size is 51.

“I will say that India is going to be a business unit. We are launching our services in developing markets across the world and also in the US,” says Mithun.

In simple terms, Sagisu is a Software-as-a-Service (SaaS) product that also ensures that the product SLAs are guaranteed during loading and unloading. Through an app on drivers’ mobile phones, businesses and customers alike can track their parcels through a common dashboard. So Sagisu is solving not just a driver's problem of getting business, but also letting him know where he has to be, while the client is happy knowing that the driver is aware of the criticality of the product being delivered. Sagisu also enables SME parcels to be loaded with care, and depending on the product the delivery, SLAs are set by the company. Once the client selects Sagisu’s services, the delivery is done in a single day.

By the end of this year, Mithun and Ajit want to take this business global. They believe that once one gets the product right in India, it can be taken global.

Companies like Smart Shift, Lobb, Porter, 4Tigo and Locus as well as bigger names like Dehlivery, Rivigo and Blackbuck are popular logistics solutions providers. Delhivery is inching closer to Rs 1,000 crore in revenues.

Over the next five years, logistics will be the largest industry to focus on and investors will watch business models that can create scale across India. “Logistics is a capital-intensive and low-margin business. Tech companies will have to scale to more than a billion dollars in invoicing to make gross margins as little as one or two percent,” says Chetan Anand, Director at PricewaterhouseCoopers. There are several startups in the logistics space, with each of them addressing a peculiar problem plaguing the industry.

According to KPMG, just the trucking industry itself is $120 billion in size and there are more than 10 million trucks in India. Not many startups have been able to garner Rs 1,000 crore in revenues, in real income, not Gross Invoice Value or Gross Merchandise Value.

So, there is a huge opportunity for startups like Sagisu to be part of this journey of making logistics more efficient and tech-enabled in the country.