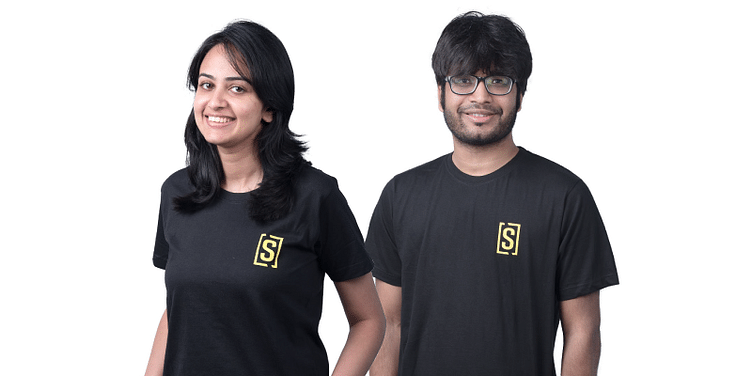 Ahmedabad-based agritech startup MyCrop Technologies and Delhi-based data intelligence startup SocialCops have been selected among the world's 61 most promising Technology Pioneers in 2018 by the World Economic Forum.

Members of WEF’s Technology Pioneers community are early-stage companies from around the world that are involved in the design, development, and deployment of new technologies and innovations.

Earlier winners of the prestigious title include Google, Twitter, Spotify, Airbnb, and Mozilla, among others.

The Technology Pioneers were selected by a selection committee of more than 60 academics, entrepreneurs, venture capitalists, and corporate executives. The committee based its decisions on criteria,including innovation, potential impact, and leadership.

Fulvia Montresor, Head of Technology Pioneers project at the World Economic Forum, said that they are selected for their potential to “transform society and industry” and “shape the Fourth Industrial Revolution”.

This year’s cohort is the most diverse, both geographically and in terms of gender: 25 percent are female-led, and 54 percent come from outside the US, with each continent represented, barring Antarctica. There is also a wide variety in the technologies the pioneers focus on —including artificial intelligence, big data and internet of things (IoT), biotechnology, Blockchain, autonomous vehicles, cybersecurity, vertical farming and other agricultural advances, decentralised microgrids, and robotics.

SocialCops was founded in 2013 by Prukalpa Sankar and Varun Banka, when they were just 22, to enable leaders to use data intelligence to confront critical global challenges. Since then, their technology platform has been used in scenarios as diverse as driving rapid village development, tracking national welfare schemes, and optimising marketing campaign locations. Their work spans different sectors with partners such as the United Nations, Government of India, and Unilever.

In 2017 alone, SocialCops’ data intelligence platform processed 11 billion data points and touched the lives of 1 of 25 people in India through their projects and partners. Backed by angel investors including Rajan Anandan, SocialCops was among of the four Indian startups mentored by Google Launchpad last year. Their technology platform is currently used in 27 countries around the world.

The WEF website praises SocialCops as a platform that overcomes the immense challenges of dirty data in emerging markets and transforms them into intuitive insights and better decisions. “It helps build a world with smarter cities, happier citizens, better policies, and a brighter future,” it says.

In a press release, Prukala has stated, “We are honoured to be acknowledged as a Pioneer by the World Economic Forum and join a cohort of global game-changers like Palantir and Airbnb. When we founded SocialCops, we wanted to democratise data and make it possible for millions of organisations in the world to derive the kind of value from data that only financial institutions and Silicon Valley giants are capable of deriving today. Organisations at different stages of their data journey can use our platform to drive decisions both big and small. We want to use this award as an opportunity to keep engaging with global stakeholders in the government, society, and business, to help adopt data-driven systems and increase their impact.”

Following the selection as Technology Pioneer, Prukalpa will be participating in the World Economic Forum Annual Meeting of the New Champions. This meeting, also dubbed “Summer Davos”, will be held in Tianjin, China, from September 18-20.

Major win for a young startup

WEF applauds My Crop for helping farmers by using ML for real-time decision support and recommendations across the crop life cycle. “It helps farmers reduce the costs of cultivation by using good agricultural practices and information customised for each farmer. The platform also brings different stakeholders in the agriculture ecosystem together to further enhance the industry,” it adds.

My Crop is currently piloting in Indonesia with partners including Deutsche Gesellschaft für Internationale Zusammenarbeit (GIZ) GmbH (a German Federal Government-owned development organisation that operates in more than 130 countries), Australia-Indonesia Partnership for Rural Economic Development (AIP-Rural) (an Australian Government initiative), and Mercy Corps (one of the largest global NGOs working in the agriculture sector).

"Creating a technology organization which got honoured by WEF in less than two years of operation in complex agriculture sector is a life-changing experience. A platform like WEF will help us put challenges faced by our farmers to global influencers and hence find solutions," Deepak told YourStory.