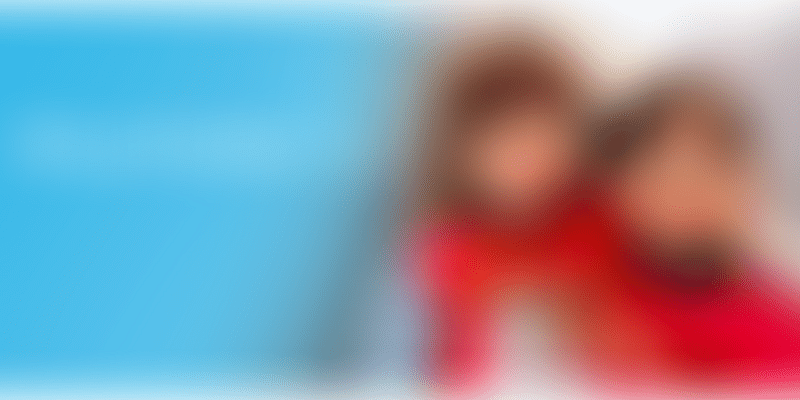 What if you could feed a refugee child in Syria with a few taps on the smartphone? The thing is, you can. This app makes it possible.

‘ShareTheMeal’ is an initiative by the United Nations World Food Programme (WFP), the world’s largest humanitarian agency that fights hunger in over 80 countries.

The app launched in late 2015 with the purpose of enabling people to donate for the “vital nutrition” of Syrian children, who had been displaced from their native land for nearly five years, and were cramped into refugee camps across Jordan.

Founders of ShareTheMeal (STM) — German techies Sebastian Stricker and Bernhard Kowatsch — reckoned that a donation of even 50 cents could provide one child with enough nutrition for a day. But, WFP needed to raise $25 million each week to meet the basic food needs of those affected by the enormous Syrian crisis.

Hence, technology became the only mode to scale up food relief in what was WFP’s “largest and most complex operation” in the world. “Besides the immediate needs in Jordan, the app was also a way for WFP to engage a new generation of individuals in our mission and our work,” STM founder Sebastian said.

According to the UN, there are over 800 million malnourished people across the globe. It means one in every nine persons don’t get enough food to lead a healthy and active life. “The good news is that hunger is entirely solvable,” notes Sebastian in the ‘About’ section of the app.

He has the math worked out. He says,

“Smartphone users outnumber hungry children by 20 to one. If every one of us makes a small contribution and shares a meal, we can really make a difference for children in need.”

In less than three years, more than 25 million meals have been shared by 1.1 million people through STM. It’s a dynamic stat the app proudly displays on its homepage. STM is available in 11 languages and supports donations in 28 currencies, including the Indian rupee.

Its concept is simple: it marries traditional crowdfunding with the quick access and convenience of a smartphone. This allows STM to appeal to millennials, who are used to fast-paced tech usage and instant gratification. No wonder then that millennials account for a third of STM’s donor base and are its most engaged audience.

In 2017, ShareTheMeal won the Google Play Award for Best Social Impact App. Since then, it has been featured on Play Store’s Editor’s Picks Section, and has recorded over a 100,000 downloads. Android users have rated it very highly (4.8 out of 5) too.

STM’s ambit of causes has now expanded. Donors can fight hunger in Northeast Nigeria, help Rohingya refugee children, feed a child in Yemen, and more. Syria, however, continues to be the most passionately supported cause, with 97 percent of donors sharing meals with refugee children. (YourStory did too.)

“The direct money [the donation from users] goes into feeding the children, and the operational costs are managed by grants to WFP and donations from the business community and philanthropists.”

ShareTheMeal greets you with moving images of refugee children. It tells you that ‘together we can end hunger!’

The first step is account creation. You select the country. This determines the currency in which you would be donating. Almost all major countries are listed and donations can be made from anywhere in the world.

The homepage shows causes and campaigns that require support. Left-swipe to browse through the available ones. Each cause displays the percentage of donors supporting it.

ShareTheMeal even educates donors about the cause they are about to support. You can click on the ‘i’ button to read up on each cause.

Live stats are displayed. Causes and their locations are mapped in the background.

At the centre of the bottom tab is the ‘Share The Meal’ button - big, and resplendent in yellow. You click on it to go to the donation page.

On this page, you pick a campaign to donate to.

You select ‘Give Now’ to make a donation. STM accepts payments through credit/debit cards and Google Pay. On iOS, PayPal is accepted.

The app instantly informs you where your donation was sent. We got to share a meal with a seven-year-old refugee child from Damascus, Syria.

STM urges you to ‘spread the word’ on social media. Your donation can be shared on WhatsApp, Twitter, Facebook and other popular platforms. In fact, this social media element has allowed STM to garner positive word-of-mouth, and draw more millennials to the app.

You unlock achievements (badges and karma points) with every shared meal.

The ‘globe’ icon on the bottom tab takes you to a page that displays ‘news’ and regular updates about ongoing causes.

There’s also The Table. It is a monthly giving community that connects members with their impact through updates and stories from a paired family in the field. Members stand to receive premium content on how and where they are giving to bring about a “zero hunger future”.

Lastly, in Settings, you can set reminders for donations. Choose how often and at what time you would like a meal to be shared.

Because it’s a wonderful thing to do.

Sharing is caring, and this app just makes it simpler, quicker, and more meaningful.

The four elements that come together beautifully — and effectively — in ShareTheMeal are ease of use, low entry barrier (Rs 30 for a meal is really affordable even by Indian standards), social sharing (tell your friends, form a team), and immediate feedback mechanism (knowing whom you have fed builds trust and reliability).

The app is an overall winner, both in concept and execution. Its uncomplicated design, soothing blues, seamless navigation, hassle-free payment, and of course, the compelling human faces from ground-zero make you want to act.

That ShareTheMeal has the United Nations tag and Google’s platform visibility is an added incentive, and makes it one of the top crowdfunding apps out there.