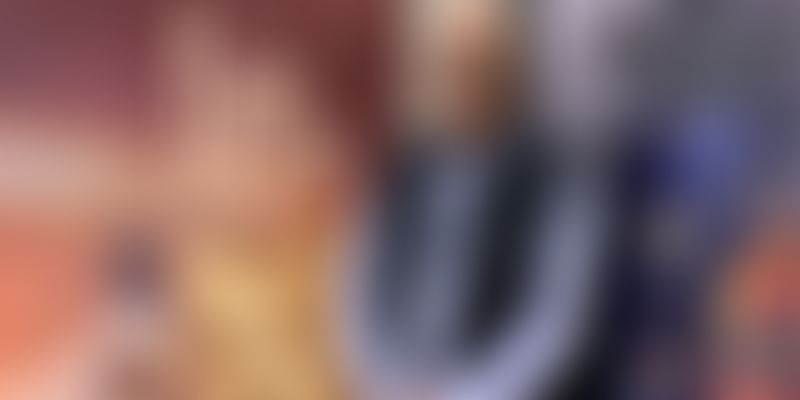 Vijay Rekhi, the former CEO of United Spirits, has started up at age 70 with a spirits company that blends Indian grain and scotch, and focuses on the palette of the globally traveled Indian.

The problem it solves: Blends Indian grain spirit with 12-year and 18-year scotch, a first in the country.

Vijay Rekhi isn’t your average individual. The maverick CEO is a rare breed in India - he has run companies in South America and other parts of the world. The former CEO of United Spirits - he helmed the company for a decade - built a business that churned out more than a billion dollars in revenues and took Indian liquor to the globe.

Now 70 years old, he has started up again – with Unibev, a Bengaluru-based premium spirits company.

“For a year or so I consulted with other brands in the liquor and FMCG industry. I realised that smaller Indian manufacturers could aspire to build their own brands too,” says Vijay, the Founder of Unibev.

In 2016, he met Ajay Kumar Swarup and Shekhar Swarup who owned Globus Limited, a Rs 1,120 crore grain spirit company. The three of them had one question: with distilleries like Amrut and John Distilleries launching their own single malts and getting international recognition, wasn’t it time for them to start their own aspirational liquor brand?

The gap in the market

The Indian whisky market is dominated by Royal Stag, Royal Challenge, and Blenders Pride in the mass market segment; these whiskies have been around for more than 20 years. In the premium segment there is only Antiquity.

“The idea was to launch a premium brand between these two segments in India. We quickly invested in R&D and employed master blenders to create a couple of whiskies that can offer a Scotch and Indian grain blend of a particular vintage,” Rekhi says.

Vijay, Ajay, and Shekhar began to think about the name and settled on Unibev after penning down around 500 names. “We looked at several names and we finally shortened Universal Beverages to Unibev,” Vijay says.

After a year of R&D and working with the blend master, they created an 18-year and 12-year mix and called them Oakton and Governor’s respectively. They also launched a brandy called Laffaire.

“What I must add is that Indian grain spirit was always mixed with 8-year-old Scotch. But, our value proposition is to bring higher grade blends for an audience seeking a premium taste,” he says.

Unibev does not own any manufacturing plant; the whisky is contract manufactured in Karnataka. It supplies its whisky to Karnataka and Andhra Pradesh, aims to enter Tamil Nadu soon, and plans to expand nationally.

Although Vijay does not disclose investments, he says they have invested millions in to the business. The brands are priced between Rs 1,100 and Rs 1,600 per bottle. They are a 20 member team and expanding fast.

Unibev has set up 300 distribution points across Karnataka and Andhra. The brand will be sold in premium outlets. In the first phase, South India will be the target and in under 12 months the company aims to sell in the north and eastern regions of the country. Two years after that, Unibev wants to expand its footprint to western India.

The company is also creating a brand called Seventh Heaven to take on the premium Indian whisky Antiquity.

According to KPMG, the liquor market in India is worth $35 billion. India’s consumption of alcohol is 5.1 litres per capita and the industry produces more than 100 million cases per year. The largest company in the country by volume and revenue is Diageo, which acquired a 53.4 percent stake in Mallya's United Spirits for £1.28 billion in 2012.

The industry may be dominated by several local players, but Vijay, with his five-decade experience, can turn things around for Globus faster than anyone else can. Apart from Diageo and Pernod Ricard, Unibev will compete with Radico Khaitan, and Allied Breweries and Distilleries.

The company went into production over the last six months. Its first full years of revenues will be FY2019; it does not have revenues to disclose for FY2018.

“There is a great opportunity to build brands in India for the digital age as Indians are well travelled and understand the whisky that they consume,” says Prasanna Natarajan, Founder of HipBar, an ecommerce app that allows a consumer to redeem whisky, in any part of India, through an app. United Spirits invested Rs 27 crore in the company recently.

Mithun Appaiah, CEO of Sumeru, an Indian manufacturing and frozen food brand, says: “Rekhi is one of the sharpest Indian leaders and I was happy to have worked under him. He has more energy than a young graduate.”

India is a huge whisky-drinking nation, but nearly all the domestic whisky is dominated by molasses-derived spirit – it’s not whisky, according to EU legislation. But things are changing with Amrut, Paul John, and now Unibev getting down to business.