From being the only non-pilot to fly 140 hours to leading IAF’s Mt Everest expedition, Wing Commander Bhavana Mehra's inspiring story 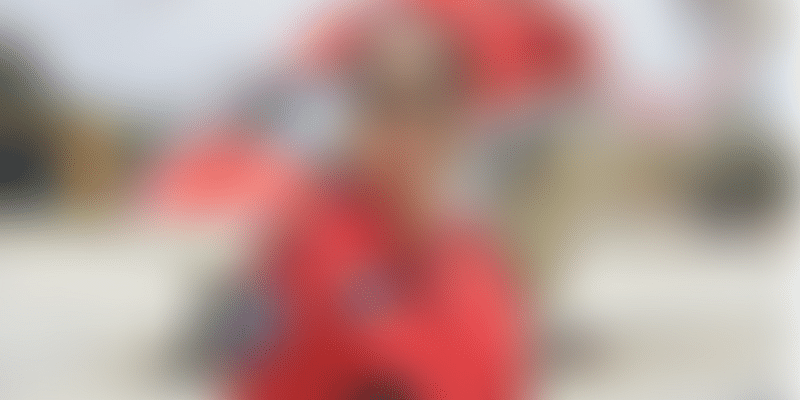 In 1996, when Amritsar-based Bhavana Mehra was commisioned to the administration branch of Indian Air Force (IAF), she may have not fully realised the sort of precedence she would set for many young women. Twenty-two years later, she found a place in the Limca Book of Records for being the only non-pilot who has flown 140 hours, including several hours of aerobatic sorties and ferries as co-pilot of IAF nine aircraft aerobatic team, Suryakiran. She is the first woman officer and the only officer of the IAF who has been a commentator of both the Suryakiran Aerobatic team and Sarang Helicopter Display team.

Hailing from a family of freedom fighters with ancestors fighting and losing their lives for the country, Bhavana is an accomplished aero-modeler, mountaineer, long-distance cyclist and skydiver, and has participated in various camps including All Indian Vayusainik camp and Republic Day camps.

She was the deputy leader of the mountaineering expedition to Mt Everest in the year 2011 and a participant in several arduous mountaineering expeditions to Mt Nun, Mt Stok Kangri, Mt Bhagirathi, Mt Kedrdome, to name a few. Bhavana has also planned and led an IAF's first-of-its-kind, all-women bicycle expedition from Pathankot to South East Ladakh region, where nine women officers crossed seven high passes, cycled about 1,500km in high altitude. She was entrusted with planning and leading the first ever 23-member cycling team to reach Daulat Beigh Oldie (DBO) Advanced Landing Ground, at the base of Karakoram Pass in Ladakh and finish the expedition at India Gate. Incidentally, this was the first IAF team to reach DBO by way of land.

Along with her primary duties, the officer is committed to contributing in the field of adventure, not only by participating but also inspiring and creating an opportunity for others as well. She believes this is her fitting tribute to the IAF, says a blog post on the Facebook page of the Indian Air Force.

In 2015, Bhavana's commentary as the team administrator was lauded. She has taken over the podium for not only the Sarang team but also with the erstwhile Suryakiran Aerobatic team in the past, says One India.