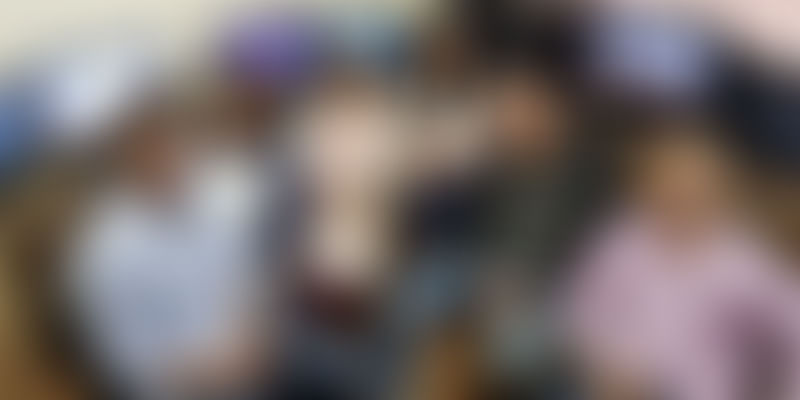 Mumbai-based Reptile FX is a studio that creates customised animated and live action videos for businesses.

Ever wondered how a seemingly complicated product can be handled without the help of an expert? Explainer videos have, thankfully, helped us all get some grip on handling products and navigating concepts that we would otherwise have little idea about. They are bite-sized animated videos that focus on explaining an idea in a rather simple and engaging way, using visuals and concise language.

Mumbai-based Reptile FX deals in explainer videos. Working as a production studio, this startup creates customised animated and live action videos for businesses, providing an end-to-end service from concept to screen. The founders say that their production processes have been refined and perfected over years and enable them to deliver high quality videos at affordable costs.

Working on a B2B model, Reptile FX is generally contacted by clients with their video requirements through online and offline channels. The process starts with discovery, where the team sends a detailed questionnaire to the client to get a clear understanding of their company, customers and communication objectives.

The actual production process then kicks in, depending on whether the client needs an animated video or a live action one. The final video is always delivered in minimum 1080p HD quality.

“We ensure that the client is a part of the process and seek their feedback and approval at every stage. Our approach is client-centric and built on the pillars of communication, transparency and collaboration. Once the client has received the video, they can then use it as a commercial, for broadcast advertising or on their website and share it across social media,” says co-founder Prashant Pinge.

Prashant started Reptile FX with Sandeep Pinge, with whom he had founded Media Panther, an integrated branding and marketing solutions firm. One of the projects they were working on then had needed an explainer video. Prashant is also an author with ten books and two short stories published in the genres of children’s fiction, YA fantasy and romantic comedy. Sandeep on the other hand is an MBA from SP Jain University.

After doing some research, they found that international studios in the West were charging a bomb for good quality videos. And, in India, most ended up getting an animated video made by a local vendor.

“While in India the pricing was affordable, we weren’t satisfied with the final output. That was the point when we first identified the gap in the Indian market in providing great quality videos at a reasonable price,” says Prashant.

A few days after the duo had the idea of building explainer videos, Prashant happened to meet Yuvraj Magar, a friend who had had just returned from Canada after completing an advanced degree in animation from Vancouver Film School. Yuvraj soon joined as the third founder.

“During the first year, Yuvraj did all the animation work as we set about finalising the basket of services that we wanted to offer. We added our very first employee in year two of operations and since then our employee strength has increased steadily year on year. Today, we are a strong team of ten creators dabbling in both videos and animation,” says Prashant.

Founded in April 2012 , Reptile FX was initially started to help corporations use the power of animation across different business functions. However, the team realised that while videos were growing and gaining ground, their was still in the nascent stage.

Prashant notes that the foremost challenge for the startup lay in building a need for animated videos and convincing businesses on why videos mattered, especially since it’s not easy to measure the ROI on videos.

“In addition to this, we were trying to establish our brand in an extremely price-sensitive market, which has further challenges of attracting quality talent. In India, most institutes provide training and nudge students towards operationally mundane yet supposedly glamorous fields such as rotoscopy (an animation technique where one traces over motion picture footage, frame by frame, when realistic action is required) with the promise of working on blockbuster Hollywood movies. Attracting quality talent posed a big challenge when we started scaling up our animation team,” says Prashant.

In order to break the barriers for their product and growth, the team began with educating the market. They created informative videos backed by reliable data to validate their importance. Changing market dynamics, rise of smartphones, increasing internet speeds and lowering data costs also played a catalyst.

The initial growth strategy was to target clients from other countries that had well-established markets and had an active need for Reptile FX’s services.

“We worked extensively on our production processes to make them as efficient and effective as possible in order to offer international quality at an affordable rate and compete effectively in the market,” says Prashant.

The clients and what they do

The team caters to startups, SMEs, large corporations and multinational firms. They work with the likes of Bayer, MagicBricks, Kent and Bewakoof.com, among others.

“We also handcraft customised animated wedding invites and dabble in original content creation. We have produced a short film titled, Freedom of Expression, which has been screened at international film festivals, and are currently in the middle of a six-episode series that falls in the slice of life/humour genre,” says Prashant.

Reptile FX has completed more than 300 videos till date for clients across India, the US, Canada, the UK, France, Germany and Sweden. The team claims to be growing at 30 percent year-on-year.

Reptile FX charges the clients a per-second rate for animation and on a project basis for live action video production. Typically, the cost of corporate animated videos starts from Rs 40,000 per minute and can go up to a few lakhs, depending on the style of animation required, and whether it falls under 2D or 3D animation.

Live action videos are typically more expensive and there are a lot of parameters that determine the price. The animated wedding invites are usually 60 seconds long and take around two to three weeks to be created, with costs starting at Rs 35,000.

According to a research report, online video consumption in India has doubled in the last two years, touching 3.7 billion videos per month. In 2016, the online video audience in India grew by 74 percent. There are a number of companies venturing into explainer videos like WowMakers, Studiotale, MysteryMonks and several others.

The team aims to further grow in the 2D animation segment. The team has also recently forayed into live action space and intends to beef up this vertical with an aim to increase its contribution to its revenues to about 40 percent over the next three years.

Reptile FX also plans to expand its 3D animation portfolio and take up more projects in this space. The team has recently entered the B2C segment with customised animated wedding invites, a pioneering effort in India.

“While the commercial side of things continues to grow, we will continue to nurture our passion for creativity through developing original content, including informative videos (on the demonetisation, Bitcoin, blockchain etc.). With time, we hope to move into creating original content at a commercial level as well,” says Prashant.

In the long run, the founders want the firm to be positioned as a global leader and a one-stop shop for all video-related services in the corporate space as well as produce original content (films, web-series etc.) for distribution.