Bundled and Integrated: The Future of Business Software 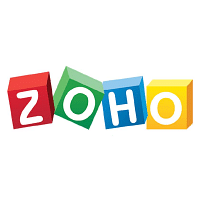 In the past, the installed software model was the only game in town for businesses. Companies charged exorbitant fees and their customers had little choice but to pay them. These rigid software systems often required a veritable army of IT staff to install and maintain—a huge expense in and of itself—which limited when, where, and how employees could work.

Modern businesses acutely understand the limitations of this model, so it's no wonder that they're increasingly choosing to forego the hassle and move completely to the cloud. To say that this move to the cloud has disrupted the world of business software would be an understatement.

As a result, software as a service (SaaS) has firmly established itself as the future of the industry. Software providers must either adapt to the changing market or face the possibility of stagnant, or even shrinking, revenue. While some software companies saw this shift coming and made adjustments relatively early, others have been much slower to act.

According to filings made by Oracle, between 2014 and 2018 , this once dominant on-premise software giant has seen almost no growth in revenue[1]. Compare that underwhelming performance to that of companies that embraced the cloud more readily. Microsoft[2] and Adobe[3]—both of which transitioned from installed software to the cloud—have seen their revenue grow by more than 60 percent between 2013 and 2017. Over the same period, Salesforce[4] and Zoho, two companies that began on the cloud, have managed to triple and quintuple their revenue, respectively.

From Crowded to Consolidated

By eliminating the high adoption cost of traditional installed software, the SaaS industry has flowered as more and more small but agile players enter the marketplace. While this has led to a vibrant and highly competitive environment, it's not sustainable over the long term. As with all maturing industries, this exuberant explosion of diversity within the SaaS industry is entering a period of consolidation and contraction, either through stiffening competition or corporate acquisition.

To compete with newer, more adaptive startups, larger, more established companies like Salesforce and Microsoft have begun acquiring dozens of smaller companies in their effort to diversify their product portfolios.

However, acquisition comes with its own set of cultural and technological hurdles. How can two organizations built on radically different business cultures mesh without losing something vital? Likewise, how can two products built on radically different technology stacks mesh without major bugs and limitations? That's where a company like Zoho—a native cloud company with a passion for product development—has a major advantage. Building all of their 40+ apps inside the same cultural and technological ecosystem has allowed them to not only avoid the expense of purchasing other companies but also to support ever-improving integration across their suite of products.

The Future of SaaS

Whether through acquisition or internal development, tightly integrated suites are the future of SaaS. From Microsoft's Azure to Adobe's Creative Cloud to Zoho One, users will see more and more bundled product offerings as the crowded SaaS market stabilizes. In the newly consolidated cloud, individual businesses will no longer have to cobble together their own inelegant integrations, or pay astronomical fees to hire an outside organization to do so. Instead, they'll pay one fixed subscription fee to access a broad range of tools from any device with an internet connection. This simpler but more functional future will be a huge improvement over the limitations of installed software and the chaos of the current SaaS market. Now all we have to do is wait for the industry as a whole to catch up to what its customers are looking for.

Zoho is the operating system for business—a single online platform capable of running an entire business. With apps in nearly every major business category, including sales, marketing, customer support, accounting and back office operations, and an array of productivity and collaboration tools, Zoho is the world's most prolific software company. More than 35 million users around the world, across hundreds of thousands of companies, rely on Zoho every day to run their businesses, including Zoho itself.

From education to ecosystem: Mangaluru ramps up its startup movement