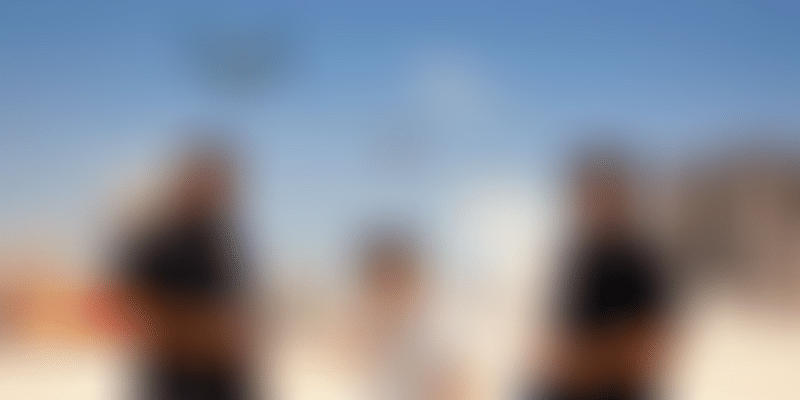 Quidich claims to own one of India’s largest drone fleets, and is expanding the usage of aerial vehicles across industries - from entertainment to urban planning.

The problem it solves: Need for drones and unmanned aerial vehicles in filmmaking, television broadcasting, and surveillance

Quidich Innovation Labs started at a time (2013) when drones were almost unheard of. Amazon was yet to promise drone deliveries, aerial filming was still being done on helicopters, and drone cameras that could capture lush 360-degree cityscapes were nearly non-existent.

Drones, or unmanned aerial vehicles (UAVs), came to be associated with military operations in obscure places. Everyday life was still untouched by them. Over the last few years, however, drones have become more ubiquitous. Their benefits have surfaced across industries - from filmmaking and live sport to security and surveillance to geological mapping and urban planning.

UAV is now a multi-billion dollar global industry. Goldman Sachs estimates spending on drones to surpass $100 billion in the next five years. Drones are expected to reduce surveying time in several industries by as much as 98 percent. Costs can come down dramatically and response-time to disasters and emergencies would also improve.

In India, however, uncertain government regulations have inhibited the growth of drone companies. Until late-2017, drones were banned from commercial use for the fear of misuse and aerial accidents. Flying above a certain feet was not allowed, and there were several restrictions on weight too.

But, Mumbai-based Quidich managed to make a mark somehow.

The 12-member startup claims that it owns possibly India’s largest drone fleet. Quidich went from one to 25 machines in five years, and has serviced clients in sports and entertainment, telecom, mining, and surveillance industries.

It has even undertaken disaster relief operations — it distributed materials through drones and helped in the surveillance of affected areas — during the 2015 Nepal earthquake. And with every new project, Quidich realised the enormous and diverse potential of drones and UAVs.

It all began in 2013 when Quidich c0-founder Rahat Kulshreshtha was filming music videos in London. Straight out of a liberal arts course, Rahat aspired to be a filmmaker. While filming an “overhead shot” for a music video, he realised that drones could pull off the task way better than helicopters did. Also, they were cheaper and more convenient to carry around in a shoot.

“So, I went to the US and bought a drone purely for film-making purposes… like an alternative to helicopter shots,” Rahat tells YourStory. “The cost of drones was dropping and the ease of flying was also improving. There definitely was a market, and I knew that a lot more could be done with drones,” he says.

Though Rahat couldn’t pursue his desired career in filmmaking, he stayed tied to the industry through Quidich, whose drones have shot elaborate aerial sequences in several big-ticket Bollywood films like Ae Dil Hai Mushkil, Sanju, Kalank, Student of the Year 2, and in BBC television series Planet Earth 2.

Quidich has also helped capture aerial footage for Headlines Today, National Geographic, and other television channels. It has worked on ad films for brands like Ford, Red Bull and Bacardi. But, its biggest project so far has been with Star and the Board of Control for Cricket in India (BCCI) where it was responsible for the live aerial videography of IPL matches.

Drone cameras are revolutionising sports broadcast world over. And Quidich wants to ride that trend. Rahat says, “We have found some great use cases for drones, combined with augmented reality (AR) in live sport, and broadcasters are happy to speak to us.”

“We are doing player tracking using drones, and offering augmented graphics and image analytics on top of that. So, the player wagon wheel becomes 3D. The commentators can talk to audiences better. If you add a virtual camera, it gives the impression that anchors are seated on top of a stadium whereas they are still in the studio. Thus, the end-user experience is great.”

Quidich is targeting cricket, football and wrestling broadcasts in Southeast Asia. Without revealing names, the startup says that it is in talks with a few Indian and global sports channels. “There is great scope across multiple sports,” says Rahat.

The startup is also a supplier of drones to the Indian Railways, the Mumbai Police, the governments of Rajasthan and Andhra Pradesh, and the Madhya Pradesh State Mining Corporation, among others. Government agencies use Quidich’s drone cameras for surveillance purposes as well as to map and monitor infrastructure projects.

Quidich has developed its own software that can process tonnes of high-resolution images captured by its 4K drone cameras, analyse them, and upload the findings on a server that can be accessed by clients through logins.

Unique use cases have emerged. Earlier this year, Quidich enabled the Uttar Pradesh forest department to nab a man-eating tiger in the town of Pilibhit.

While the utility of drones has been more than established, challenges remain in terms of the regulatory network. “That is slowing down adoption,” laments Rahat.

“Several ministries are involved in the passing of regulation. There is a lot of uncertainty and many bottlenecks. That is restricting innovation,” he says. That, for Quidich, has been the biggest challenge. “Regulations are a threat to any new technology. It is a complete turn-off for investors too,” says Rahat.

The government has only recently released a draft regulation for drones and is evaluating their commercial use. Quidich, along with ten other drone companies, have formed the Drone Federation of India to give voice to the industry’s concerns.

“Our objective is industry advocacy, and to work alongside key government bodies like DGCA (Directorate General of Civil Aviation) to influence policy decision concerning drones in India,” Vignesh Santhanam, President, Drone Federation of India, and Head of Marketing at Quidich, told the media.

Quidich, meanwhile, claims to have grown its revenues “8-9X every year,” and is currently in talks with investors for closing a round - its first.

It will use the funds for international expansion. “We plan to stay ahead of the game globally. In sports broadcasting, especially, there is an immediate paying customer and immediate value,” says Rahat.

In the five years since he founded Quidich, Rahat claims to have undergone “a complete human transformation”. He says, “I had no idea what entrepreneurship was. Earlier, my lens was only creative. Then priorities changed, and I had to create economic sense out of everything.”

Quidich has proved that drones can make complete economic sense. The industry too is expected to take off soon!