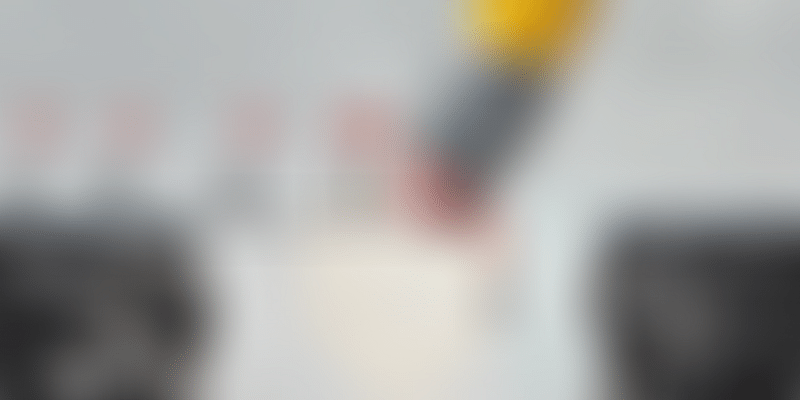 It was December 2017, and there was a mad rush for Bitcoins. Prices of the cryptocurrency touched a high of $20,000 in the global market, and Indian crypto exchanges rejoiced as volumes grew exponentially.

Ashish Singhal, who runs cryptocurrency exchange aggregator CoinSwitch, says that around December last year and January this year, $75 billion of cryptocurrency was traded every day, and India saw volumes of $100 million traded daily. This euphoria, however, did not last long and the daily global traded value of cryptocurrencies fell to $10 billion, with India seeing under $10 million cryptocurrency transactions.

The reasons for a loss of global investor interest in cryptocurrencies are many and could be attributed to majors like Facebook banning ICOs and crypto advertisements. Some other reasons could be lack of trust due to accusations around global exchanges like Bitfinex for artificially hyping prices of Bitcoins.

These and other factors could have led to the fall in India. In his Budget speech this February, Finance Minister Arun Jaitley stated the government’s reservations towards crypto assets and affirmed it was not a legal tender.

To top this, on April 6, the Reserve Bank of India (RBI) restrained banks and registered financial institutions from providing any service in relation to virtual currencies. Its circular titled ‘Prohibition on dealing in Virtual Currencies (VCs)’ said the last date for banks and other institutions to pull the plug on these services was July 6.

When YourStory reached out to banks to understand their point-of-view, they declined to comment.

Even as the screws are being tightened around these assets, crypto-exchanges have not given up hope. After the RBI released its circular, three exchanges filed petitions in various high courts, and some players in the sector reached out to the Internet and Mobile Association of India (IAMAI).

The Supreme Court tagged all cases pertaining to the matter and will hear the arguments on July 20.

Over the past few months, the Indian government has also been stating it will come out with newer regulations for digital fiat currencies, and also set up an eight-member steering committee under Economic Affairs Secretary Subhash Garg. The new regulations were expected to be released by mid-July, but are still awaited.

The arguments put to SC

Rashmi explains the arguments which the defendants challenged the RBI on its circular, saying some Indian crypto exchanges had filed an RTI (Right to Information) request, the answer to which indicated that the RBI had not necessarily understood the crypto-exchange business. The exchanges are also arguing that the RBI didn’t consult stakeholders in the business on cryptocurrencies.

Rashmi says India doesn’t have a legal framework for cryptocurrencies, and that the exchanges follow KYC and FEMA norms, which are the only guidelines present. She contends the government is killing a revenue stream by banning exchanges. Crypto-exchanges make revenues on not just cryptocurrencies, but also have other products related to Blockchain. And these companies are registered as technology firms and have revenues nonetheless. Having a framework for them will bring in tax revenues for the government.

As a backup, crypto exchanges, over the last few days, have been working on peer-to-peer (P2P) models to survive. One of them is Mumbai-based WazirX, which, earlier this month, launched P2P transactions on its platform. WazirX escrows the crypto for safekeeping during the transaction, and releases the assets to buyers once a payment confirmation is given.

“Once you make a transfer, there is no guarantee you will get the crypto. So, we thought of escrowing it until payments are made to increase transparency on the platform,” says Nischal Shetty, Co-founder of WazirX.

WazirX isn’t the only player banking on this strategy. There is also Koinex, which is adopting a similar strategy. But even Nischal agrees the market is down. He adds,

“We can’t pinpoint whether it is because of the RBI circular or the global crypto trend, because of which markets are down. But, the day the circular came out, people sold their crypto assets for rates less than 25 percent of the original price. We are seeing close to Rs 80 lakh to Rs 1 crore in daily transaction. However, the daily volumes are lower than when we launched. We have only 5,000-6,000 new customers signing up on the platform every month.”

Nischal is positive that although India has a lack of understanding of this sector, moving forward, crypto assets may see acceptance and even some regulation.

Cash in and Cash out

On the other hand, there is Bengaluru-based Unocoin, which rolled out close to 22 tokens for a crypto-to-crypto exchange, where users can buy and sell cryptos using the cryptos they hold. But that restricts new users to come into the ecosystem and caps the play to only those users who hold cryptos.

Sathvik Vishwanath, one of the founders of Unocoin, says they are looking at an offline model for cashing in and out, where users can buy and sell cryptos by depositing money through offline channels.

YourStory reached out to other players who are piloting a similar strategy who didn’t want to be named. They said that the offline strategy would be activated either through kiosks or partnering with hyperlocal delivery services which will allow the acceptance and disbursal of cash. Sathvik says, “The RBI move to pull banking channels is detrimental to the country since transactions essentially move to cash. So, there is now no traceability to these transactions, which is a big back step for the country.”

Ashish from CoinSwitch is not sure on how the cash model will play out. He says, “The cash model may not work out considering the RBI pulled the plug on banking channels since it didn’t want transactions of illegal nature to happen. And cash transactions will only boost on the inference that cryptocurrencies might be used for illegal transactions.”

Over the past few months, Indian crypto exchanges have been scouting for opportunities in global markets. Ashish says, “Definitely, cryptocurrency players are not dependent on a country. The only problem is that there are global players, which are already catering to international geographies and are more refined in terms of technology and products. So, Indian cryptocurrency startups will have to better their products and match up to the offering of the global players.”

When asked, Sathvik said, “Global markets are not out of the question, and they will take time. As of now, we want to focus on crypto-to-crypto models in the Indian market, and then seek a global presence. But it will take at least three months, the entire process of setting companies in global markets.”

With most investors having pulled their money out of these crypto startups, the entire industry seems to be in a flux. One can only say that the July 20 hearing by the Supreme Court will be a landmark one, which will decide the fate of this industry in the coming days.