‘Goa has the right culture to be known for IT’: Nivruti Rai, Country Head, Intel India 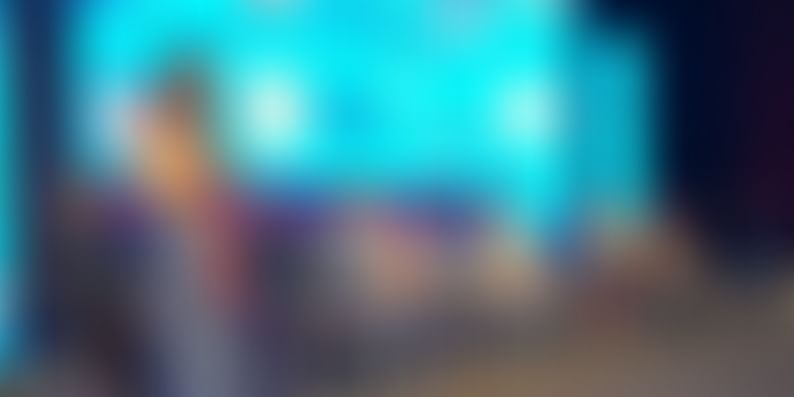 “I stepped into the airport, and I felt free and unburdened – the way I was born,” she told the audience at Goa IT Day, held in Panaji earlier today.

During her keynote address, Nivruti quoted veteran American management expert Peter Drucker: “Culture eats strategy for breakfast.” She believes that if you don’t have the right culture – of transparency, freedom of spirit, and collaboration – no matter how fantastic a strategy, IT development, or innovation you drive, nothing will happen. “Goa has to be known not just for tourism. It should be known for IT. Goa has the right culture,” she said.

A self-confessed math lover, Nivruti used an interesting example to illustrate the need for automation.

Nivruti cited reports that say 10 deaths occur in India every day due to poor roads; that is 3,600 deaths per year. If half of it is due to the driver’s mistake, the rest is because of poor infrastructure. “We can save more lives with tech, if partnered with policies and government,” she said, adding that Intel plans to solve road accidents and create a map of infrastructure through GPS.

Nivruti believes that tomorrow, artificial intelligence (AI) will be used like we how we use MS Word today. “AI in cars can avoid road deaths. Data, AI and machine learning can influence medicine in procedures like chemotherapy, diagnosis of breast cancer, etc. Machines don’t make mistakes. But if they do, who is responsible? In a road accident, who do we save first? AI forces us to think about such ethical dilemma. For these, we need collaboration with policies,” she added.

Automation has caused job losses, but Nivruti noted that it is also creating other kinds of jobs with policy changes and the right skilling. “In the US in 1900, 40 percent of the population was employed in farming; today it is only two percent. When mechanisation happened in the US, something called the ‘High School Movement’ began. The US government mandated that kids be in schools till the age of 16, instead of working in farms. This led to the creation of many jobs and a talented workforce,” she said.

Same is the case with automatic teller machines (ATMs) – which caused 30 percent of bank tellers to lose their jobs. But the scale of banks shot up with ATMs, thereby doubling other jobs in marketing and credit card services.

But, how do we prepare to replicate this? “More jobs need to be created; it needs planning for collaboration from education institutes, government policies, companies, and startups, to work together. Smart people are born everywhere; smart people here can fix it,” Nivruti added.

She recalled American economist David Audretsch’s words on how the growth of a company or a country requires three things work together – innovation, entrepreneurship, and public policies. More importantly, in India, she stressed,

Nivruti believes that unless women of India contribute, we are not utilising half of the trillion-dollar workforce and concerted efforts are needed to ensure their participation.

The Goa IT Day saw the launch of the Goa IT Policy and Schemes by Shri Ravi Shankar Prasad, Union Minister for Electronics, IT, Law and Justice, along with Goa Chief Minister Shri Manohar Parrikar, and Shri Rohan Khaunte, Minister for IT, Revenue, Labour and Employment, Government of Goa.