Innovation, good governance and reciprocity are fueling Goa’s IT transformation 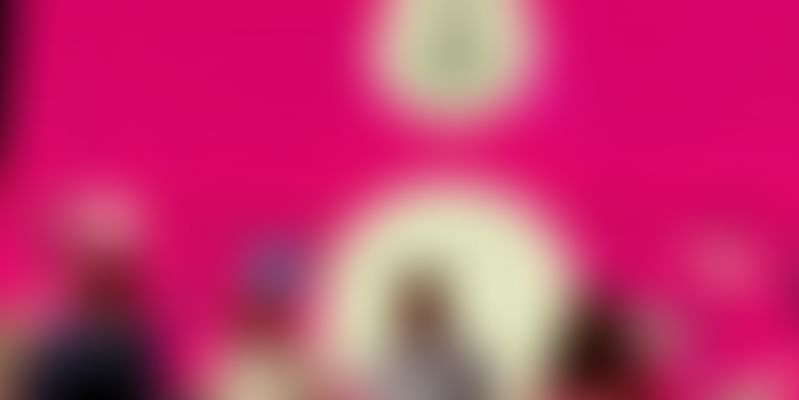 The very mention of Goa conjures up images of idyllic beaches and perfect sunsets and it has remained unidimensional for years. Chief Minister Manohar Parrikar knows this too well. Many years ago, he had gone to HMT to market a hydraulic cylinder but instead of discussing the product, a significant part of the conversation was about the state’s scenic beauty. That one image is what is what the Government of Goa is trying to change as it makes strides towards becoming an IT destination to reckon with. And what better way to do that than showcase the state’s offerings at the Goa IT Day conference?

Offering perspectives on how the Government of Goa was ‘rethinking governance in a digital economy’ and building Goa as an IT destination was Hon’ble Chief Minister of Goa, Shri Manohar Parrikar, who inaugurated the IT Showcase as part of Day 1 of the Goa IT Day conference.

A time to inspire and innovate

Goa was, in fact, the pioneer in providing high school and college students with laptops at a nominal cost of Rs 500 as part of an initiative by the Chief Minister. Recalling this, Shri Parikkar said, “Right from (the year) 2000, I have dreamed of Goa becoming an IT power hub.” The IT Department in the state too was started during Shri Parrikar’s tenure.

He added that in terms of talent, Goa may have a small population of 15 lakh but had a diaspore of 1-2 crore which was achieving great things in their careers across the country and the globe. “We have excelled in multiple fields. Why not IT?” the Chief Minister pointed out.

Mohandas Pai began the discussion on a rousing note when responding to Shradha’s question about what he found exciting about the IT & startup ecosystems in Goa by saying, “We have to make it the leading IT state in the country. We should follow the example of Israel, which is one of the world’s leading startup hubs. There are over 270 startups in the state and we need to be on the cutting edge of innovation with AI, ML, Big Data and Robotics and every Goan should have high-speed Internet… We should rethink the education system and have an open innovation system.”

Pai added that Goa was already taking a step in the right direction; the fact that 30-40 percent of employees in the state’s top two companies were women showed how ahead of the curve it was.

This was echoed by Shri Khaunte, who then spoke about how important it was to bridge the opportunity gap to ensure that talent stayed in Goa. “When we talk about Goa and the future of Goa and keeping the talent here, it should be noted that we are living in a very interesting part of history. We are changing everything – from the way we think, communicate or consume to the way we produce. This change is making people and businesses rethink in terms of operations and expectations, and the state has to follow through. It cannot sit in an ivory tower and function in an ad hoc manner.”

He added that the government had been in discussions with various industry bodies to gather their inputs and take corrective measures to address both the Government to Business (G2B) and Government to Citizen (G2C) markets.

“Connectivity,” Pai promptly replied, adding, “Once you are connected, you are connected to the world. Secondly, education needs to evolve with the times. Children must be given access to science festivals and coding should be compulsory from Class 6. They must travel to meet their peers from across the globe. We should have hi-tech labs to tinker in. Students must be given small grants to innovate.”

He added that one of the most crucial aspects in the journey was industry support. “We must have a seed fund or startup fund, create mentor networks, and have a series of events in Goa. It’s a great place to be. Global talent must come here and when the local economy sees that, there will be magic.”

Talking about the importance of creating a new culture of technology in the state across startups and IT companies, Shradha asked the Chief Minister about the initiatives taken by the government to encourage the ecosystem.

“The government must act as a catalyst and put up 25 to 30 percent of the funding for the first 500 startups over the next few years. It can put up Rs 250-300 crore and become the catalyst to bring money in. Money will come when you have market innovation,” Shri Parrikar explained.

Shri Khaunte pointed out that since the IT policy was framed in April 2018, a Goa Angel Network, powered by the Mumbai Angel Network, had already been formed. “We have already created funds to the tune of Rs 500 lakh as seed funds. Government policies and schemes are easy to avail. We will start identifying talent from the amazing pool we have. We need to ensure a bridging a gap between a startup and the understanding how to be an entrepreneur,” he explained.

Talking about the role of other stakeholders, Shri Khaunte said, “All of Goa’s established businesses want to give back. That is how the Goa Angels Network came up. All of us want to bring Goa’s talent onto an international platform. This is the reciprocity is we need. Only then can good governance also happen. Sometimes reform is hard but will help in the long run. All Goans are looking for to this opportunity,” he concluded.