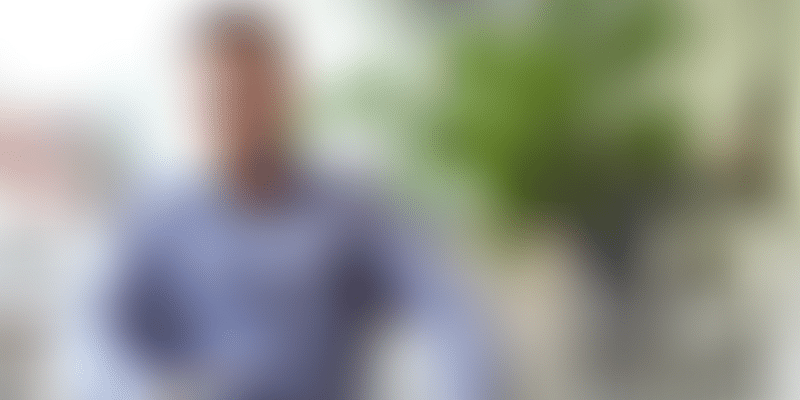 The HR platform is designed to focus on small and medium businesses and is free for job seekers.

Where is it based: Jaipur

The problem it solves: Job search for people near their home

The thought of a quick commute to office is tempting for all of us. While commuting to the workplace has become a daunting task of late, a Jaipur-based HR tech startup is working on an ingenious solution for employees willing to work for small and medium-sized businesses.

Founded by Ashish Agarwal and Pinku Agarwal, WorkNrBy was set up in 2016 to help people search for jobs near their homes. While there are many job portals that help with job searches in India, none of them really focus on hyper-local employment opportunities.

Back in 2015, Ashish was running a bulk SMS business, and saw that two employees - who were brothers - were among the happiest working with him. The reason - they lived opposite the office and hence had no commute time. Ashish saw this as a common problem for many businesses, and ventured in the HR startup journey with WorkNrBy.

Thirty-one-year-old Ashish had dropped out of Class 10 to start his entrepreneurial journey and after trying his hand at several businesses, where he made some good money too, he decided to start WorkNrBy with his friends Pinku Agarwal and Manu Saxena.

Pinku (39) joined WorkNrBy as the COO and Co-Founder, with 20 years of experience in handling operations for various businesses. Manu joined the team in 2018, and had earlier worked with Accenture in Pune.

Ashish started with onboarding customers from his other business to WorkNrBy. “Initially, we hired a resource from a personal reference of our co-founder. Gradually, we developed a team of 25 people,” says Ashish.

The first major challenge for the team faced was on the technical side. As the co-founders are all from a non-technical background, they hired outsiders to develop the portal. This did not work out and Ashish and Pinku decided to develop the solutions in-house.

The platform focuses on small and medium businesses spread across a city. It is free for job seekers, and even for employers in the initial stages. “We wanted to develop this system for everyone (even 2G internet users), and as it was a location-driven project, it was difficult to avoid huge data and battery consumption. Later, we developed it with a pin-code basis,” says Ashish.

“We show results only when common skills are found between two profiles in the vicinity. Whenever a match happens, an employer is charged with one credit.”

WorkNrBy is currently available on Android and iOS platform.

“The entire system is pin-code based, and not GPS based. One need not use his/her GPS, as it consumes a lot of data and battery. Even with low-cost handsets, one can use our app," says Ashish.

Ashish claims there is literally no competition in his business.

“None of our competitors are catering to small businesses like restaurants, showrooms, etc., at a very local level. These small businesses have no HR department to do their hiring. This is where WorkNrBy comes into play, and caters to this niche segment,” he adds.

Nirmal Bardiya, a Jaipur-based industrialist, invested an undisclosed amount in WorkNrBy early this year. Its revenue model runs on a "Pay as you go" basis. An employer is charged when there is a match with a job seeker, and needs the permission of both parties. The current price charged is Rs 100 per match. In the beginning, all the employers get 15 free matches.

“We are further developing solutions and software for these small businesses for their functions like payroll, HR, and backend management, etc, because these businesses can’t afford to have a separate HR department,” says Ashish.

As per various media reports, the total count of MSMEs in the country stands between 65 to 70 million and as per the National Sample Survey (NSS) 73rd round conducted during the period 2015-16, MSME sector has been creating 11.10 crore jobs. This big market provides WorkNrBy a reason to grow and expand by leaps and bounds.

“We have about 20,000 employers registered and more than 80,000 employees registered with us,” says Ashish. It currently has registrations from across 3,500 pin-codes. WorkNrBy is currently operational in all the leading metros – Delhi, Mumbai, Bengaluru, Jaipur, and Hyderabad. While the firm plans to expand its operations to all major cities across India by 2020, its major focus now is to improve user experience and ensure more hiring is done on its platform.