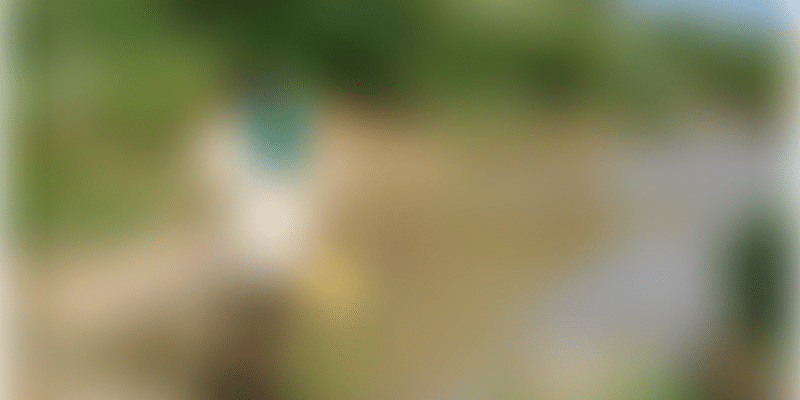 For 82-year-old Kamegowda, his love for the environment is quite evident from all the work he does. Kundinibetta, a hillside that he lived on was turning into a barren land. This is when Kamegowda, a shepherd from the Daasanadoddi village in Malavalli taluk of Mandya district, took upon the responsibility of building ponds. For four decades since, he has redeveloped 14 different ponds on the hillside. Initially, when he started, he had no funds but he sold his sheep and bought the farming tools and spent six months digging his first pond.

Illiterate and with no financial help, Kamegowda lives in a dilapidated house on a two-acre land. Inspired to create a space for animals and birds to have access to drinking water, he started with a small pond, according to a report by Deccan Herald. So far, he has spent the Rs 10-15 lakh that he received through the various awards he won in designing, developing and maintaining these ponds. In an interview with the Indian Express, he says that he has named these ponds after his grandchildren.

For the last 40 years, he spent over 12 hours on the field, between grazing his sheep and digging the pond. He says,

Sometimes, I used to go to the hillock to dig a pond during the night with a lamp or also on a full moon day.

Taunted to be a 'madman', he was often isolated from his own family and friends but he found solace in nature, he adds. After his first pond, he started interlinking the next 13 at a lower altitude and now has a team of labourers who work with him.

If I give my children, grandchildren money, it will be spent and they’ll become bankrupt. Instead, if I give them these ponds that has water throughout the year, they will be the richest. When some people give me cash for my personal use, I will say yes, and like a drunkard who spends all that money on liquor, I spend the money on the ponds. It is an addiction!’’ he says.

Nine of these ponds are located in Panathalli and the rest are at Kundinibetta. Kamegowda also visits these ponds every day. He says,

Do you eat only one day and starve the entire year? I cannot dig a pond a day and ignore them the rest of the year.