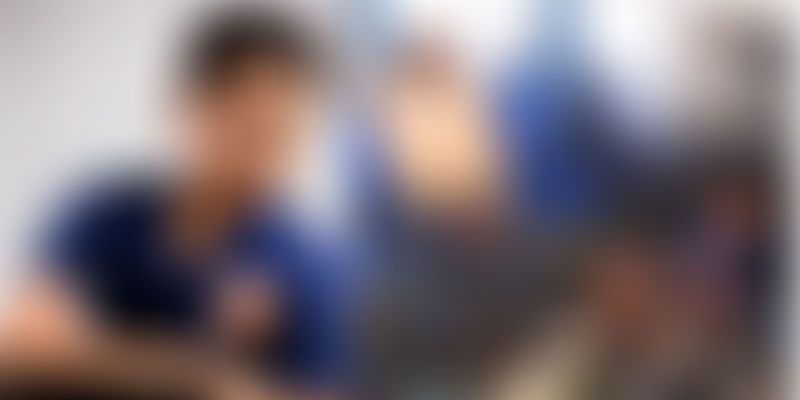 All right, while the previous statistic may not be entirely true, what is true is that an equally forgetful but resourceful Tilak Mehta has launched a startup in Mumbai to bring these lost soldiers back. And not only is his courier service among the fastest, offering 4-8 hour delivery, Tilak is among the fastest to be knighted as an entrepreneur - for he is just 13!

The young entrepreneur is an 8th grader at Garodia International School in Mumbai. What got him thinking was an incident where he forgot some books at his uncle’s place, and wished there was a service that would help him get those books couriered to himself immediately.

“I was thinking about this for days and when I saw a dabbawala in my building, the idea for Papers N Parcel struck. I always marveled at the swiftness and the efficiency of the dabbawala’s food delivery network, and I wondered if the network could be used to allow deliveries of even non-food items,” he recounts.

“It didn’t matter if I was young and still in school. I took it up as a problem that was waiting and wanting to be solved, and there was no turning back,” he tells us. His father, Vishal Mehta, who happens to be an established player in the logistics industry, helped “courier” this idea from paper to market.

Tilak’s pursuit of app-iness took him to existing networks, but eventually, he settled on what is admittedly the most trusted delivery service in Mumbai - the dabbawalas. With the launch of the Papers N Parcels mobile app, he is not only leveraging their infallible network, but is also “Uberising” the category by providing door-to-door courier service with same-day delivery at a click.

Papers N Parcels hinges on the transformational framework of the dabbawalas, where the white squad is armed with Android phones loaded with the PNP app. Users must download the app from Google PlayStore or AppStore; they can schedule a pick-up of their parcel while the app picks up on their geo-location. As the dabbawalas are alerted about the order, they pick up the parcel from the sender’s doorstep and drop them off at the recipient company’s main hub. From there, the parcel is sent to its final addressee. Cutting down on lengthy logistics, the app-based service promises to optimise time and streamline the mailing process.

They pick up from end customers, which no courier does currently. The best part is that packages and papers are delivered within 4-8 hours. And one can track the package as it traverses the city, from pick-up to drop-off.

The dabbawalas, in turn, receive fixed salaries from Papers N Parcels. However, Tilak intends to move on to a “per parcel delivery” compensation model for them in the next three to six months. So far, 300 dabbawalas have been on-boarded from among Mumbai’s 5000-strong network. More will be added to the system as PNP scales.

The app is straightforward, and PNP has also set up a dedicated customer service helpline.

“By using the existing dabbawala network, we give world-class service at the best prices. You can also make multiple scheduled deliveries and choose from three convenient time slots,” Tilak states.

Papers N Parcels also passes on to its customers the cost benefit of having only one hub for sorting parcels, unlike other courier services that have multiple hubs. Hence, the minimum courier cost is as low as Rs 45-50, a fourth of the rates of its peers. No courier company gives you an option to place your courier till 2.30 pm and get delivery on the same day without any commitment or contract at such low prices.

You can also refill your Papers N Parcels wallet directly from Paytm for easy payment options.

Looking to the future

Papers N Parcels currently operates within the Brihammumbai Municipal Corporation limits, and is targeting both residents and companies within that radius.

“During our beta testing phase, we have successfully carried out many transactions. We have thousands of retail and corporate giants as our customers, and see a daily volume of close to 1,000 to 1,200 requests, which we expect to increase to 2,000-5,000 in next six months,” Tilak reveals.

He says his age has not been a deterrent, in trying to on-board customers and vendors. “Vendors who were initially reluctant have seen my commitment and quality and I believe we have won them over as also new ones. Customers too have been delighted with our services,” he says. Tilak has also received an invitation from a university in Surat to deliver a talk on Papers N Parcels and its genesis.

The business is self-funded, with his family putting in the initial funding; Tilak intends to pay it back once the company is profitable. However, for their next stage, Tilak is exploring the avenue of external funding.

While he is the sole founder of the company, his uncle Ghanshyam Parekh, who comes with a compelling background in finance, is the CEO. Their core team also includes Vaishali Nandu, who is the Project Coordinator and Jignesh Brahmkhatri, who has years of experience in mobile and web-based innovation, as CTO. The company has a team size of 180 at present.

Owing to this robust support system, Tilak manages to divide the first five days of a typical week between school and work, and split the weekend between work and his hobbies. “I’m at school till 4 pm, and go to office immediately after. In case I can’t, I ensure I stay in touch through the phone. On the weekends, the first half of my day is usually at office for team meetings; the rest I spend studying and playing,” Tilak signs off.