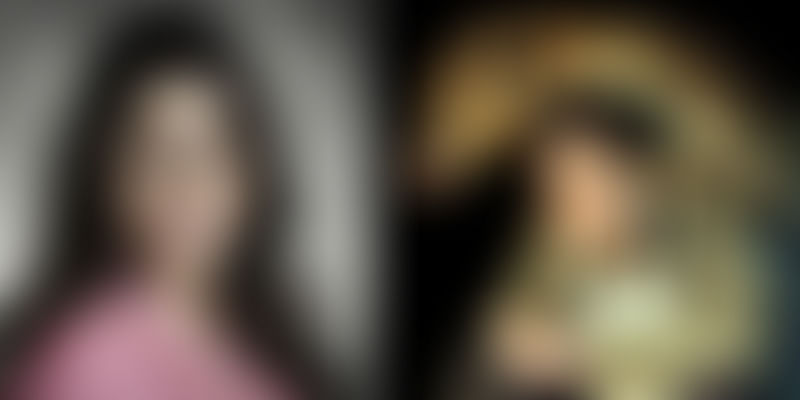 Latika Nath has many avatars – the cosmopolitan woman scientist, the keen conservationist television personality, the hard-working researcher, the intellectual, the dutiful wife and daughter-in-law of the royal Nepalese family even – but one identity that is omnipresent, which permeates them all and even supersedes them, is being India’s “Tiger Princess.”

However, as the first Indian and woman with a doctorate on tigers, the journey of her initiation into wildlife royalty has been as adventurous and treacherous as her profession itself. She braves death-defying conditions to be among nature’s finest but unruliest inside the jungle, and ugly politics, red-tapism, problematic laws outside of it, to perpetuate the world’s biodiversity.

She was raised in Kashmir, Assam and Himachal Pradesh, where they had family homes, for holidays. After procuring an undergraduate degree in Environment Science from Maitreyi College in Delhi University, she obtained a scholarship opportunity for the School of Forestry at the University of Wales.

She had originally set out to study the hangul and the bears in Dachigam National Park – but this coincided with the time terrorism peaked in Kashmir. “My grandparents’ home was burnt using incendiary bombs, the staff were tortured, shot and murdered and we lost everything. I then took the decision to join the Wildlife Institute of India, where the director Dr HS Panwar, advised me to consider doing a doctorate on tigers as no holistic scientific studies had been done on India’s national animal till date,” she recalls.

However, just as she was about to embark on this grand journey, she was falsely accused of cooking data, causing her permits to be revoked.

But an academic at Christ Church, Dr Judith Pallot, vouched for her and invited her to the University of Oxford instead, to study under the tutelage of renowned biologist David Macdonald, who in fact, founded the Wildlife Conservation Research Unit at Oxford. Her permissions were also restored and thus, she completed her doctoral research and received her PhD.

Even as a qualified wildlife biologist, jobs are few and far between – for the conditions they brave are perilous.

Latika describes her job in the form of the hazards that accompany it, but the perks make it all worth it. As a wildlife biologist, she spends weeks in jungles conducting research, and hours together with the animals, observing them in their natural habitat.

“In the initial years, we had absolutely no access to civilisation – and often no company, no means of entertainment, and no means of communication either, so our family would not hear from us for weeks on end. There are days when you are alone in in a forest outpost, managing with dry rations and basic amenities. On the other hand – I spent years in some of the most beautiful places in the world. And then suddenly, when you least expect it you see something that you know very few people have the privilege of seeing, and it changes you forever,” she says.

She began her career at INTACH, where she advanced up the rungs as eco-development officer. She was responsible for coordinating the activities of their 172 regional offices – working in detail on the issue of river pollution in the Marwar region of Rajasthan.

She then joined a research unit at the University of Oxford to research tiger biology, behaviour and taking stock of their numbers. The human-wildlife conflict and landscape ecology issues in Bandhavgarh National Park became an area of interest. So, at WII, between 1994 and 1997, she researched the wildlife corridors in Eastern Madhya Pradesh using a combination of Satellite Image Analysis and Geographical Information Sytems with extensive ground trothing, population estimations and sampling. Existing and remnant corridors were thus identified between Bandhavgarh, Kanha and Achanakmar National Parks. “Over 75 percent of my recommendations have been implemented since but not at a pace that I would have liked,” she tells us.

She was even involved in Project design for Terai Wetland Conservation in Nepal through IUCN, Nepal, where she worked with the park authorities on creating watering holes and new tiger territories, on tourism policy and relocation issues.

In September 2003, Latika wrote a book for children – Takdir, the tiger cub - which encompassed wildlife in general, and came to be published by Tullika Books, Chennai, in 28 languages internationally.

In 2005, Latika, using all the learnings she had amassed about the Kanha forest ecosystem, founded the Wild India Resorts (Kanha) Pvt Ltd., with the purpose of establishing model eco resorts all over the country. Singinawa Jungle Lodge in Mukki, Kanha was their first ever stride. Subsequently, in 2008 – she founded the Singinawa Foundation. In its decade long journey, the foundation has become somewhat of a watering hole in itself for the indigenous tribal communities that inhabit the tiger reserve – as she identified myriad ways to uplift its social and environmental landscape made.

She has been working with middle-school children from 11 schools of the Kanha Tiger Reserve on environmental projects, funded by TOFT, helped raise funds to provide seven 4x4 vehicles for patrolling the seven ranges of Kanha Tiger Reserve, and imparted computer education to the tribal children there, using computers donated by friends.

She also helped provide alternate sources of livelihood to the villagers in the buffer zone of Kanha Tiger Reserve – of creating charcoal briquettes from lantana and cow dung as a fuel source, funded by TOFT again. She also spearheaded the construction of five watering holes for the core area of Kanha Tiger Reserve in places where there was no water for kilometres and kilometres, supported by funding from Animals on the Edge, UK

Over all, Latika has dedicated her life to the conservation of wildlife, and the perpetuation of tigers. In fact, when the National Geographic Channel was launched in India, an advertisement featuring Hritik Roshan, Gerry Martin and Latika was rolled out – and subsequently, a documentary on her lifetime of work, where she was christened “India’s Tiger Princess.”

She was also the ambassador for Aircel’s Save The Tiger television campaign, and has held art camps in Kanha where artists from 16 countries came together to celebrate the tiger.

Since 2015, Latika Nath has also been working on photography, coffee table books and conservation ecology projects.

What she risked, and what she gained

Today, more women than ever are gravitating to this field. But when Latika first started nursing this passion, there were but a handful. In the remote areas of India, she had to exercise extra caution. “It was a daunting prospect to break into primarily a male bastion, and work in the field shoulder to shoulder with men,” she says.

In Africa and other countries, one is allowed to carry protection with them – but India does not permit the use of anything, including pepper sprays. “You learn to adapt and live in sync with the other inhabitants of your habitat, and most importantly to protect and nurture the fragile ecosystems you’re part of,” she states.

However, the greatest challenge of them all has been to belie her physical appearance and prove she can work harder, longer and with greater dedication in the field – come hail or high waters. “I am just about beginning to prove that I am not a socialite adopting a cause but a serious conservation ecologist who can prove her right to be counted in the ranks of India’s foremost conservationists, and I have what it takes to do real work on the ground,” she says, signing off.