Mumbai's dabbawallahs save the day, feed 1k poor people stranded in the rain 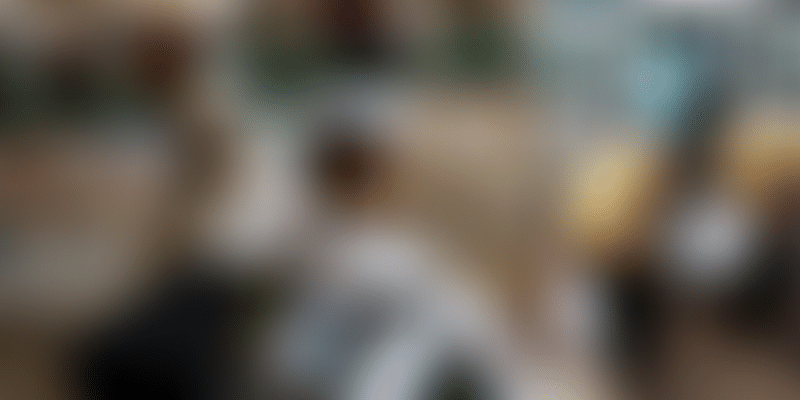 Two large vans carrying food are zipping through South Mumbai and the nearing suburbs. The smell of warm food wafts from neatly stacked tins. Dressed in their white uniform are the city's dabbawallahs who are unpacking lunch boxes meant for officegoers to feed the hungry people in South Mumbai and the surrounding areas.

Due to heavy rains lashing the city, Mumbai has been dealing with clogged roads, a shutdown of transport services and other services, accidents and fire emergencies. Despite all this, the dabbawallahs took all the well-stocked lunch boxes to the nearest slum and distributed them.

The men-in-white also run an in-house initiative called 'Roti Bank' that allows them to pick up leftover food from weddings and other events to distribute it to the needy, says Nek In India.

Also read: 125 years in the making – how the dabbawalas journeyed from a small Himalayan town to 3 lakh Mumbai households

In the last 10 days, the city has recorded 864.5 mm of rain, which is nearly equal to what it gets in an entire month, according to a report released by the MeT department. Nineteen express trains had to be short-terminated (terminated on an earlier station) while four express trains were partially canceled. Localities like Vasai, Nallasopara and Virar stations are flooded leading to the cancellation of many long-distance trains. So far, The National Disaster Response Force or NDRF, police and fire brigade personnel have rescued 2,000 passengers from the train stations itself, says a report by NDTV.

This 125-year-old system of lunchbox delivery operates only in Mumbai and acts as a connect between homes and workplaces. The dabbawalahs have garnered worldwide attention. From visits by Prince Charles and Richard Branson, to employees of Federal Express, a company renowned for its own mastery of logistics, the dabbawalahs are now a Harvard case study.

According to the latest updates by IMD, the city is expected to have rains for the next few days too. The Western Railway, which operates the suburban line, is conducting regular subway checks after passengers complained about the possible soil erosion, says Firstpost. Lakes such as Tulsi, Vihar, Modak have already crossed their capacity and have flooded, says a Times Of India report.