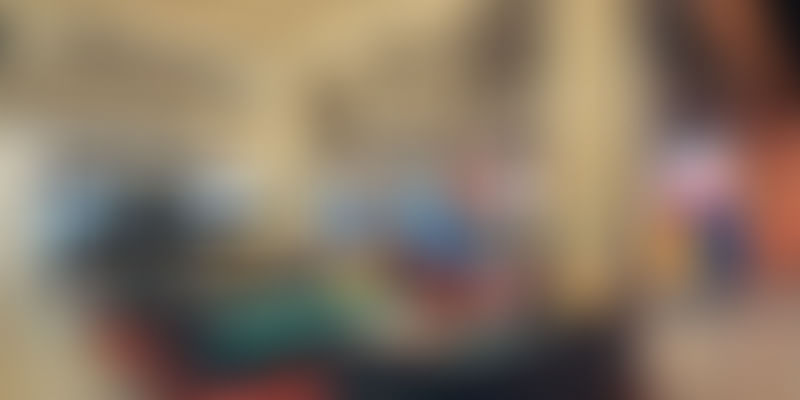 P.C. Musthafa, Co-founder and CEO ID Fresh Foods, was faced with a dilemma. His business was growing, and he needed more space to house fresh hires.

Relocation or extension of the factory were the obvious options, but they came at a significant cost. Then Musthafa discovered The Hive in Whitefield, Bengaluru.

“It was a chance decision to move into a co-working space. Now, I think it was a great move. It has given me a lot of peace of mind,” says Musthafa, for what he got was a plush office space, without any of the operational headaches. “I no longer have to worry about leaky toilets,” jokes Musthafa.

For a rent of around Rs 10,000 per seat per month, shared co-working spaces offer businesses like ID Foods lower utility bills and operational costs, and the advantages of collaboration and learning.

“There are events, mentorship, co-learning and understanding. While not everyone will be part of everything, you learn a lot from other startups. There are different models I have been able to observe and understand working with other startup,” says Musthafa.

The Hive’s main competitors include Smartworks, a Delhi-based co-working space, whose clientele is made up of enterprises, both big and small. In coming years, according to a JLL report, co-working spaces will take over conventional office spaces owing to the growing demand. On their part, entrepreneurs - a large number of them millennials – seek convenience, ease of setting up office, and several amenities, all of which co-working business centres provide.

India, some industry experts say, is at the cusp of a co-working revolution with domestic and global players like WeWork and Cowrks aggressively pushing the India market. Last year, Awfis, a co-working space, garnered a whopping $20 million in a single fund raise led by Sequoia Capital.

Not all, however, is hunky-dory. A few days ago, the buzz in the ecosystem was that co-working space Bhive was in the deep. A source in the know said, “There are hardly any people at the space. They are struggling, and it is shutting down.”

With that started a deeper quest to answer the basic question – while demand is growing, the going is getting tougher; so, what do co-working spaces need to do to stay relevant?

To take the case of Bhive in particular, the company was founded in 2014 by Shesh Paplikar and Ravindra RK. The founders were back in India after a stint abroad, and were impressed by co-working spaces abroad. They sought to replicate the model in India, and even saw a fair share of success doing that.

Now, competitors are speculating on the timing of an imminent shut down, and a media report also said Co-founder Ravindra had left to join a real-estate firm.

Ravindra confirmed this news, but denied the company was facing any difficulties. "I have left Bhive from an active role (and it) has nothing to do with company’s performance, but was a personal career decision. Also, the company has been consistently doing well and growing. Hence, I have still retained my shares, and am supporting it whenever needed," he said via an e-mail.

“They definitely are shutting shop, as they aren’t taking any more applications. Also, the founders themselves are exiting,” says a startup investor and mentor, on condition of anonymity.

Blume Ventures, an investor in Bhive, however, denied the rumours.

Ashish Fafadia, CFO, Blume Venture Partner says, “It’s not true at all. In fact, the founders had been travelling to mobilise funds, and they have tweaked the business model to make it an asset light model. Their revenues have grown over last year and they are doing fine.”

“The founders are definitely looking for an exit. They, in fact, are looking to relocate themselves,” says a senior HR consultant on condition of anonymity. However, Bhive’s twitter handle talks about upcoming offerings.

Working around a multi-faceted problem

Samantak Das, Chief Economist and National Director - Research, Knight Frank India, says, “While co-working companies took up a modest 0.17 million square metre in 2017, the first quarter of 2018 itself has exceeded the annual tally of 2017 at 0.19 million square metre. The expansion plans of major players and the increasing appetite for this format from occupiers, property owners and co-working operators should see annual transaction numbers triple from current levels over the next three years.”

However, if one looks at the funding scenario, in 2016, six deals were made in the co-working space totaling $2 million. Last year, the deal volume grew to touch $21 million. What is interesting is that of this, $20 million was gobbled by Awfis alone. So far this year, only one deal has been inked for an undisclosed amount.

Funding in the sector is few and far between, and most of the companies don’t rake in the numbers that other sectors do, and co-working spaces, by their business model, are capital intensive.

The operational challenges faced by co-working spaces, according to Neetish Sarda, Founder of Smartworks, is optimising operational cost without compromising service standards and standardising service offering across centres to deliver a ‘wow’ experience. This includes minimising turnaround time for resolution of client issues and attrition of blue collar staff.

“In order to tackle these challenges, we have developed a yearly budget format for all our centres to ensure we spend each penny wisely. We have a close calling team which ensures a quick health check over client happiness in all our centres. As we are a tech-friendly company, we have given the power to raise grievances of services in the hands of our customers,” says Neetish.

“There are significant operational costs (for co-working spaces) like managing people, getting the right mentors, ensuring there are enough events and sessions around to help people collaborate. There also needs to be a strong team that manages each of the startups. It actually is more operationally intensive then one would assume,” says a Bengaluru real-estate builder.

Sanil Sachar and Ishaan Khosla, Partners, Huddle, a co-working space believe that in order to sustain, it is important for spaces to be able to maintain a minimum occupancy level over for most part of the year and a plan to expand in a strategic manner across geographies.

Like any real estate business, retention of clientele is the only test of quality, and determines the roadmap for expansion.

Raking up the numbers

When it comes to co-working spaces, size does matter. If you need volumes, you need a larger space, which means more investment, and more money. Apart from this, the 2018 Global Co-working Survey also said that to ensure growing volumes and numbers, the age of the co-working spaces matters. This essentially means, that clients prefer known brands.

“Like in any business, the more the clients, the more the profits. It takes at least 200 members to touch past the break-even point,” says an investor.

According to the global survey, while the number of people opting for co-working space is on the rise, only around 40 percent of all co-working spaces are profitable. Four years ago, this number was 32 percent. The survey also said that that typically, most co-working spaces take at least a year to break even, but to turn profitable is longer journey.

It is all about the experience

Like Mustafha points out, co-working isn’t just about getting seats, but about the collaboration and learning it brings. Therefore, the experience is where the co-working spaces can bring in the differentiator.

Pranay Gupta, Co-founder 91Springboard, a popular co-working space and a recognised incubator by the Atal Innovation Mission, adds its biggest differentiator is the culture.

“We focus a lot on helping your business grow when you are our member. We are priced very appropriately for India. Most full time plans across the hubs vary from Rs 6000 to Rs 11000 per person. We have managed to keep our cost base low, and ensure that we are a premium hub and yet not a place where you are trying to think of budgets for co-working while hiring your team members,” says Pranay.

A Knight Frank report adds that despite the demand for co-working space, there are several challenges that have to be tackled; for instance – changing the conventional mindset of a client who would want to book a meeting room based on the touch and feel factor rather than an app.

Data security and privacy are also impediments in the way of a company taking up a co-working space, especially when the value of data becomes a greater source of competitive advantage. This was a concern for Musthafa too, but The Hive provides separate servers, and its team works towards ensuring data security.

Something to think about

Pranay adds co-working spaces basically earn by being efficient when it comes to metrics like administration, security, housekeeping, manpower, electricity, and internet etc.

Co-working companies basically bring efficiency here, pass on some to the client, and still make some profit. A typical co-working space would be anywhere from 30-60 percent cheaper than running your own office. Says Neetish,

“I have still not added a value for the business benefit you are able to get from community and the value of the time the entrepreneur/senior team is able to save from what they would have otherwise spent in managing the office. I feel all companies/teams within 300-400 people will be operating out of shared spaces.”

There are both – those who believe co-working spaces will see exponential growth in India, and the sceptics who base their opinion on Bhive. But the fact on the ground is startups will keep mushrooming in the country, and sooner or later, will need office space. And when they do, there will be many standing to appease.

The new age of browsing: What your browser knows about you?