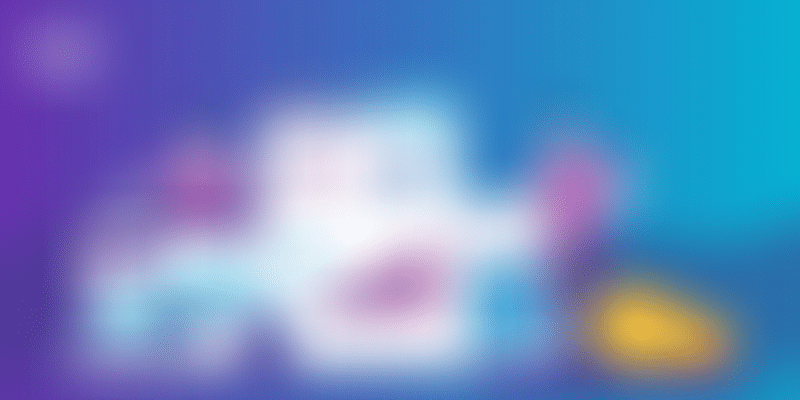 The first half of 2018 seems to have been a dull period for Indian startups in terms of funding inflow. According to YourStory Research, the total funding raised (including PE investments, but excluding debt financing) was $5.03 billion across 420 deals in January-June. This is a decline from the corresponding period last year, when the total funding was $7 billion over 455 deals. The average funding value has stood at $12 million so far this year, as against $15 million in H1-2017.

A curious pattern, however, has emerged over the last six months; though the total amount and number of deals is lower in 2018 as compared with the previous year, early-stage startups seem to be thriving. Granted, there were 238 deals and at least $126 million in Pre-Series A funding in the first half of 2017, while January-June 2018 saw only 182 deals and (at least) $117 million in funding as the amounts for 58 deals were undisclosed. In Series A, the first half of 2018 saw 39 deals (of which two were for undisclosed amounts) worth $281.67 million, while H1 2017 saw 58 deals, but only $226 million in disclosed amounts.

It is obvious that a majority of Pre-Series A startups from last year have failed to raise Series A in the last six months. The volume and amount of transactions in any round of funding generally depends on the overall investment climate. So the question is, how does the current investment climate look like? There is obviously not a lack of money, only the lack of excitement.

Let’s not rush to the ‘startup bubble burst’ rhetoric. US-based TPG is reportedly investing $15 million in Livspace. TPG traditionally never invested in the internet business. If this investment were to materialise, it would prove that newer players/ investors are entering the startup ecosystem and willing to be part of Series A and B rounds.

However, there is a catch: Only market leaders are being able to raise the larger amounts now. Fundraises by Pepperfry, Swiggy, Flipkart, and BigBasket show this. (Ola is reportedly raising about $1 billion from Temasek. Swiggy raised $200 million recently and experts expect it will raise more by the end of the year.)

Investors need returns, and hence entrepreneurs need to pick on what can work well in India. An investment analyst who did not wish to be named says Fintech and SaaS – especially those startups using SaaS to disrupt enterprise tech – will see more growth.

“Most of these companies are B2B. So B2C startups might take a backseat, while B2B startups and B2B2C ones will come to the fore. B2B ecommerce is among the emerging sectors – with Jumbotail, StoreKing, ShopX, and Udaan raising significant funding recently. In retail, B2B is the newer wave. Retail is only 10 percent organised; how do you make money with tech in mom-and-pop stores?” he says.

The tide is surely turning, and funding inflow will continue. The analyst warns that although investors were attracted to particular domains earlier, nobody now has the luxury of getting funding without a proof of concept (PoC).

The rise in the average value of deals proves two points:

1. Greater diligence: Investors are picky now. Many have burnt their fingers earlier when they were in a rush to invest due to the fear of missing out (popularly tagged FOMO). Now they evaluate everything – including market and financial viability - on what does well, before closing each transaction, and don’t even mind putting in some extra cash into the company once they perform. But you have to prove that there is a market, and a fair sized one at that. Without these, some of the startups that raised Pre-Series A were not ready for Series A.

2. Quick evolution: If your business model does not work out after Pre-Series A, the clever thing to do is quickly evolve. Sometimes you have to flip the business model according to changing circumstances. For instance, two years ago, if a fintech startup was focusing on credit evaluation, it would now want to move up the value chain so as to be more relevant today. Since these founders then already have significant experience, they are more attractive to investors.

When fitness startup Curefit acquired the Indian arm of Fitness First in March this year, it showed a new trend: a VC-funded company – aiming to expand rapidly - acquired an older, established company. The investment analyst quoted above says such opportunistic moves will be seen again. Earlier, Flipkart acquired Myntra, Jabong, and Ebay India in a similar fashion.

According to the investment analyst, it makes sense to partner with a market leader than fight the battle on your own. He said highly funded sectors like Fintech will surely see consolidation.

With M&A, valuations also go up. “Everybody has invested everywhere; but there cannot be 50 winners. Consolidation will happen among startups which are doing the same thing. Some companies focus only on credit evaluation of a particular kind of people; some others work on loan syndication. If you bring both together, you are finishing the value chain. This improves the valuation of the combined enterprise. Such consolidations are sure to happen again,” the analyst says.

US-based retail giant Walmart acquiring 77 percent stake in India’s most famous startup – ecommerce titan Flipkart – has had a positive impact on the overall funding climate. The reason is simple - Flipkart is a loss-making entity, yet Walmart chose to bet on its future.

“Many traditional companies are now gaining confidence on betting on a startup. Walmart has put in a ton of money to protect its future. The bigger companies are worried that unless they keep evolving, someone else will come in and disrupt you - just like Walmart did not want to be beaten by Amazon or Alibaba. Traditional businesses would rather acquire startups to flip their own business model and challenge themselves. In Walmart’s case, it did not have any credible experience in ecommerce and Amazon is taking over in every market. Walmart’s experience and lessons from India can be applied back home in the US and other markets too,” says an industry observer, who requested anonymity.

Also read: Why the Flipkart-Walmart deal is a big lesson for Indian startups

So far, only financial investors were increasing the valuation, but as strategic investors, they are here to stay. Also, as a VC investor puts it, a lot of new startups are yet to come up in the next six to 10 years – especially in sectors that are yet to see digital penetration. “Domains like health-tech and ed-tech have a long way to go. VC investments in media and content are yet to pick up. Ecommerce is yet to grow beyond three percent of overall retail in India, while in China it is already 15 percent,” says this investor.

Surely, winter is over for Indian startup funding, and spring is coming!