From one rooftop to another, cleantech startup ZunRoof is powering the solar wave 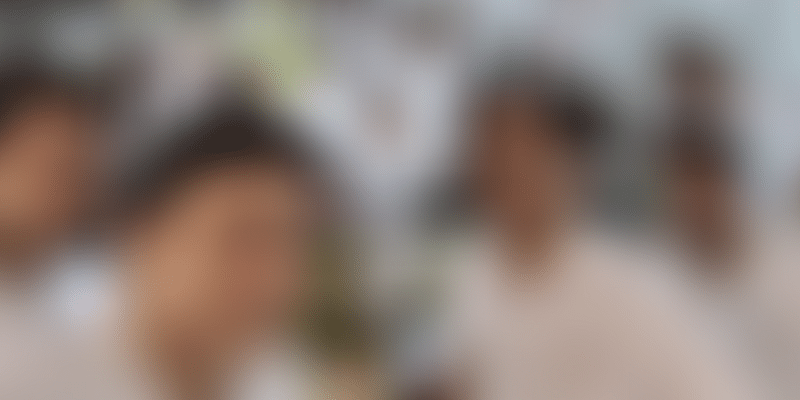 Gurugram-based ZunRoof is solving energy issues by using unutilised rooftops of houses, offices, and SMEs to set up panels to tap solar energy.

Two months ago, Prime Minister Narendra Modi announced India had accomplished 100 percent electrification. There, however, is much more that needs to be done on the energy front, as India is still an energy-deficit country, and its growing economy and population need more and more energy.

And what better than solar energy?

The treaty on climate change and global warming binds countries globally to increase their base of renewable sources of energy, and India has pledged to make renewable power account for 40 percent of its total installed capacity by 2030.

To achieve this target, by 2022, around 100 gigawatts (GW) of solar energy has to be tapped. The price to generate one gigawatt of solar energy is $1 billion in India. There are three segments in the solar energy industry – utility scale, solar parks, and rooftop panels.

Riding on the increasing demand for clean energy is Gurugram-based ZunRoof, a clean-tech startup that is an aggregator for roof-top based solar solutions. ZunRoof is powered by a mix of Image Processing, VR, IoT, and Data Analytics, and is solving energy issues by using unutilised rooftops of houses, offices, and SMEs for solar panels. The startup was founded by two IIT Kharagpur alumni - Pranesh Chaudhary and Sushant Sachan.

“Right now, only one GW has been installed. So, in the next five years, 39 GW has to be installed, which will amount to a $39 billion market for us to compete,” says Pranesh.

“Once we get an order online, we send our engineers to the location. The team will find out the amount of electricity that can be generated, and will also come up with the right design and direction to set up the panel to avoid any shadow falls on the solar panels,” he adds.

Once the design and details are finalised, the startup gets the customers a list of price quotations from a network of vendors listed on the platform. Thereafter, the solar panels will be installed.

The startup is now two years old, and has 65 employees, including its founders. From being a bootstrapped company, it has now secured investments from a number of notable angel investors. It aims to hit an annual sales run-rate of Rs 100 crore within next 12 months, with positive unit economics. “Our current annual sales run-rate is Rs 40 crore, and the funds raised will be deployed to triple this within 12 months.”

Similarly, the vendor base has grown from a single digit number to 65 vendors in total in the last 12 months. The Gurugram-based startup currently operates in cities like NCR, Chandigarh, Agra, Jaipur, Ludhiana, and Lucknow.

Pranesh says, “Our design and delivery applications are ensuring all-time high adoption and higher output per KW of solar - within 24 months of starting up, we are already the number one choice for residential and SME clients in 10 of the largest cities in North India.”

The startup has so far assessed more than 75,000 potential solar rooftop clients. While the first 70,000 clients were approached through digital marketing, the recent 5,000 customers were tapped through its recently-launched customer-facing app (available on Google Play Store since January, and now on App Store starting this week).

“The total installation in terms of capacity is about 3.5 MW that amounts to Rs 24 crore in revenue till now. We are unit economics positive on each order. Our average ticket size per order is Rs 4 lakh. We expect to break even in another 12 months,” says Pranesh.

The solar rooftop apps have also reduced the entire three-to-four month process of getting a rooftop system to a few clicks for the clients (VR, data analytics, image processing all play their parts in the apps).

The startup has also raised an angel funding of Rs 1.66 crore last month from i3N (led by Pradeep Tharakan, Sr Energy Specialist at ADB and Vismay Sharma, MD, L'Oreal, UK & Ireland), Ajith Pai (Paipal Ventures), Gaurav Gupta (Asia Director, Dalberg and noted angel investor) and a bunch of IIT Kharagpur alumni based in US. Pranesh says, “We had also raised an undisclosed amount of seed investment from executives of Facebook, Morgan Stanley and FICO in US in December 2016.”

Akansha Makhija, a resident of Faridabad, says, "I searched online about solar panels. I found out about ZunRoof and contacted them. After I approached them, the ZunRoof team started the necessary paper-work, subsidy, designing, approval and even maintenance work. They ensured that I don't have to deal with all the nitty-gritty issues."

If there is excess power generated from a customer's side, it is put on the grid. Pranesh says, "Our systems are net metered, and so all the electricity generated gets sold to the grid. In theory, everything gets sold to grid, and in practice, only the excess gets sold."

Gaurav Gupta, Asia Director, Dalberg Consulting, says, "Solar rooftop, IoT, and energy efficiency all individually have a huge opportunity in India. ZunRoof has the ability to combine an offering across all three. But the main reason I chose to invest here is that it has an authentic and skilled team. That itself is rare and a competitive advantage in its own right."

Nishant Sinha, a US-based investment banker, says, "I am bullish on this sector, and after meeting the founders, I was convinced that ZunRoof is in the pole position to spearhead the growth in solar in India. The team is the most important factor when I look to invest in a startup, and I think ZunRoof has assembled a great bunch of individuals who are well versed in the respective roles and working toward a common goal. I have been very pleased with the growth ZunRoof has shown and I like the fact that it is bootstrapped, and the focus has always been on the profitability of unit economics. The growth in the solar sector has only one direction - which is to go up."