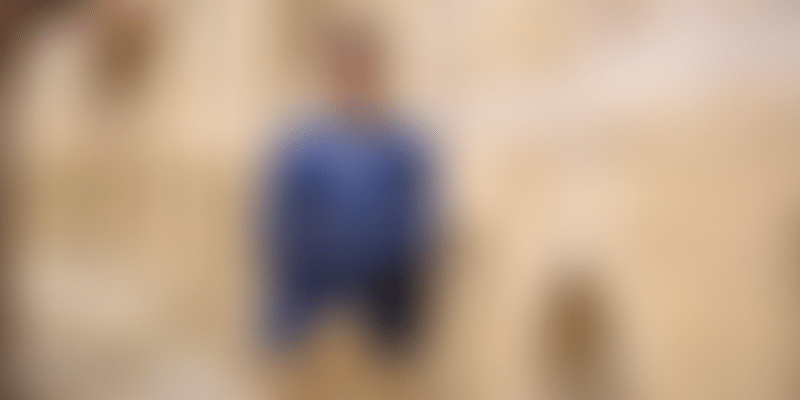 Bypassing middlemen, Guwahati-based Namhah Tea offers over 16 varieties of premium tea, which are sourced directly from boutique gardens in top tea destinations and served directly to tea lovers across the nation.

Where is it based: Guwahati

The problem it solves: Brings different varieties of premium tea under one roof

Starting up may not be everyone’s cup of tea, but realising the untapped potential and huge demand from chai-crazy Indian market led 28-year-old Ankit Baid launch a tea-based venture in Guwahati, the country’s tea hub.

He had good reason to look into tea, as it has more than a 79-percent share in the non-alcoholic beverage market in India, and is valued at more than $30 billion.

“Our goal is to provide garden fresh teas to people all over the country and across the continents. Tea available in the market in the form of tea bags are not of the best quality because they use Golden Orange Fanning (GOF) grade teas which are nothing but dust,” says Ankit.

Namhah also offers 12 different tea blends that claims to be naturally blended with sterilised herbs and flowers without any artificial flavouring. The platform also provides monthly and yearly subscription plans that promise to surprise tea lovers every month.

The platform has reportedly sold over a million cups of tea and, on an average, sells 20 boxes per day to chai-lovers across India.

"Namhah is one of those rare places where we get exotic Indian tea and I am sure there are not many places where we get such wonderful tea options. I find their collection very exciting and refreshing as there is something for everyone. I feel Namhah brings India a little more closer to the Indians with their wonderful tea varieties. It's a must try tea brand," adds Ayushi Dalmia, a Namhah tea customer and PhD Student from Mysore.

Also read: These startups are brewing the perfect cup of tea for the chai-crazy Indian market

Ankit highlights that setting up a business in Guwahati, which has an early-stage startup ecosystem, location characteristics were some of the biggest challenges that the platform initially grappled with. He highlights that because of the location, they had to pay extra shipping costs, procure packing materials from outside the state and hiring was difficult. The Namhah team overcame the hurdles through planned strategies using local knowledge.

“People in the region were not selling on platforms like Amazon, Snapdeal, Flipkart etc. So the delivery guy who came to pick up our first order on Amazon was surprised that someone is selling stuff on ecommerce from Guwahati. We had to educate them so that they could deliver the product in a better way,” Ankit adds.

An engineering graduate of SRM University, Chennai, Ankit (28) worked as a SAP developer in TCS for two years before he was bitten by the entrepreneurial bug in 2015. Initially, he juggled several products like haldi, timber, among others, but found them to be highly capital-intensive. Coming from a business background, Ankit’s family has been into tea business for seven decades and he realised that it made more sense for him to start up in the industry.

Ankit recalls his eureka moment was when we saw a tea store in Saket Delhi that sold around 20 varieties of tea. However, he was disappointed by the quality of tea served in tea bags. After seeing these varieties, he thought he should explore this sector as this will also go in tandem with his family business and it would be easier for him to startup in the industry.

After doing some research, Ankit sent many samples to Europe, Australia, USA, Delhi, Mumbai, Kolkata and others, for which he received positive response. This led to the birth of Namhah Tea.

Ankit later roped in Aditya Agarwal and Ramesh Mundhra as core team members. Aditya (35), who is Namhah’s investor and marketing partner comes from a family that’s worked in the tea industry for more than a century. After completing his schooling in Ooty, Aditya returned home in 1999 to work in his tea garden and scale his family business to newer heights. Ramesh (38) is a tea broker and taster with over 20 years of experience in the industry.

A recently published Economic Times article reports that the Indian tea industry has recorded the highest ever production and export in 2018. As per the report, the total tea production increased by six percent from 2016-2017 and stood at 1325.05 million kg, whereas the total quantity of tea exported in 2017-2018 increased by 12.71 percent and stood at 256.57 million kg.

However, the industry is unorganised and at times poses several challenges, right from procurement to post production. Also, the involvement of middlemen makes it difficult for tea growers to auction and serve a larger tea drinking community.

Namhah Tea aims to primarily tackle this issue. The platform procures tea directly from boutique tea gardens and supplies to chai lovers via its online portal, bypassing middlemen and reducing the cost of premium tea.

The premium tea market is estimated to be worth Rs 3,600 crore. Realising the untapped potential and huge demand for chai lovers in the market, many startups like Teabox, Tea Culture of the World, The Kettlery, Tea Trunk, BuyTea, and Infinitea have entered the online tea space.

For Namhah, it’s the quality of teas that the platform is betting on its quality to create a differentiated mark in the space.

“We are sitting in the tea hub of the country and you can imagine the quality of tea we procure. Our flavour teas are naturally blended and we do not use any artificial flavouring, which helps to keep the authenticity of nature in the product. Our packaging is in tin boxes, which is the best way to pack these speciality teas,” adds Ankit.

Also read: How this next-generation entrepreneur is blending tea for the youth

The company was started with an initial investment of Rs 10 lakh and was bootstrapped till March 2018. In April, this year, the platform raised undisclosed amount of funding from some private investors.

Currently, Namhah Tea is run by a nine-member team, including the founder and three marketing agents, among others.

Though Ankit did not disclose sales and revenue figures, he claims that the company had a very good turnover in the first year without any major losses and this year they are eyeing to make profit.

“We have received good traction online and in cities like Mumbai, Delhi, Kolkata, Guwahati and Bengaluru. Our growth has been more than 100 percent every month in the last six months,” he adds.

Going ahead, the brand is looking to set up small tea lounges and tea stores across India, aimed at delivering teas fast and fresh.