To ensure fewer dropouts, this Udupi teacher bought a bus and drives students to school 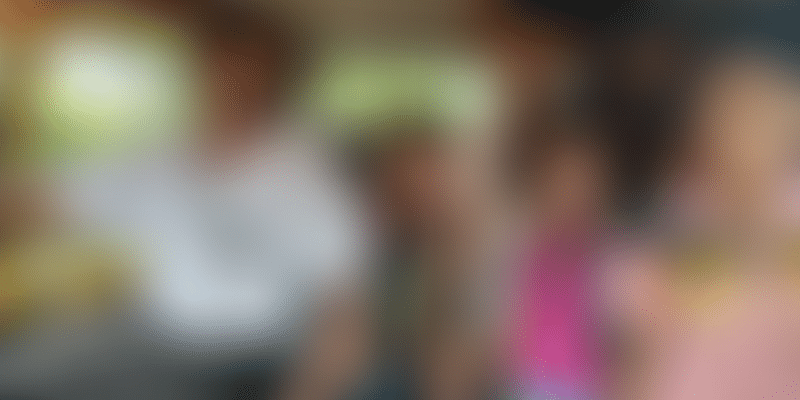 In the Baarali village of Udupi district, Karnataka, one man is doing two jobs: 47-year-old Rajaram drives the school van to pick up students who study at the Baarali Government Higher Primary School, and, after he drops them, he quickly rushes with them to start teaching, because he is their teacher too.

The students of the Baarali village had to trek for 6 km every day to reach their school. The trail, which is a forest area, often left parents fearing for their children's safety, especially parents of girl students. Which is why a lot of students started backing out in the last one year. Shocked and disappointed by the increasing dropouts, Rajaram took on the mandate to solve the problem. When not driving the school bus, Rajaram teaches science and mathematics in the school, says The Logical Indian.

In a conversation with The News Minute, he says

There are no roads from the houses of the children to the school. There is a mud path through the forest and most of the girl students began dropping out as their families were scared of allowing their children to walk for a total of 6 km to and from school.

Owing to the dropping headcount, which was five to six students every week, the school was even considering downing its shutters, he adds. Rajaram then reached out to other alumni of the school, Vijay Hegde and Ganesh Shetty, and proposed to them the idea of buying a school bus. The trio then pooled in money and bought the bus. Hiring a bus driver would add to their expense so Rajaram volunteered to fill in that spot.

I live on the meagre salary of a government school teacher. I could not afford to pay for a driver. Hence, I decided that I would learn how to drive the bus and do the task myself, he adds.

With this added facility, the school has observed an increase in their strength from the 50 students to the present 90. The school, which starts functioning at 9.30 am, gives Rajaram enough time to complete four trips. The school has three teachers including Rajaram.