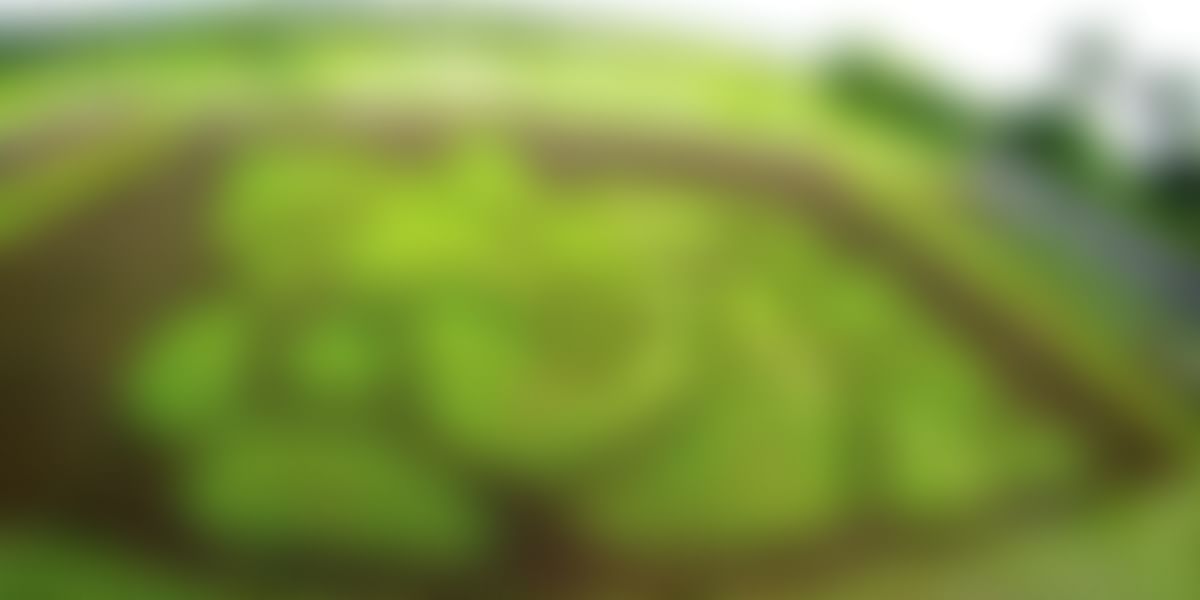 Shrikant Ingalhalikar is among the farmers who have embraced Japan’s Tambo Ato, and hopes this will spark interest in traditional practices of farming and boost tourism.

Who would have thought farmland could be the canvas for a new kind of art? But the farmers of Inakatade village in Japan in 1993 worked out a new form of landscape design to beautify their fields – paddy art. They created a huge replica of the iconic Mount Iwaki on a farm by growing rice crops with leaves of different colours. And a new art form was born - Tambo Ato, or Rice Paddy Art. Today, Inakadate’s rice paddy art attracts over 200,000 visitors a year to the small village, which has a population of only 8,000.

Cut to Maharashtra, India, where an engineer and a botany enthusiast has - over two decades later - made this art his own. Shrikant Ingalhalikar, 64, who hails from Pune, created a mammoth 40-meter-long Ganesha design on a paddy canvas in Donje Phata, a village set amid the undulating Sahyadri Mountains.

Shrikant, a nature enthusiast, has been writing articles and books, and also pursued wildlife photography. He runs a blog, Flowers of Sahyadri, and has authored three books cataloguing the many flowers thriving in Sahyadri.

In an interaction with Homegrown, Shrikant said he was “astonished” by the rice paddy art of Inakatade when he saw photos on the internet. “I was into rice cultivation for the past 25 years, and the fact that some farmers in Japan are creating art on paddy fields was extremely interesting. I could not implement it right away because I was aware of only the green-coloured leaves of the rice plant. In Japan, they have five colours,” he said.

When he found out that it was not possible to import these seeds to India, he began to research local types of rice seeds. Not long after, he came across a rice variety with purple leaves.

Soon, he began the challenging process of reaping rice plants and placing them in a field of knee-deep slush to create the paddy art. “We transferred the hand-sketched design to a computer and enlarged it in proportion to the field’s dimensions. After drawing gridlines on the paper, we replicated them on the field and planted the saplings accordingly. The entire process from sowing to re-planting lasted from June to September,” Shrikant said.

Only one of his many farms - located at a relatively lower height than the others - was chosen as the canvas so the art could be viewed from an elevated platform.

“This form of art takes a lot of time and effort. I had to get a bird’s eye view of the patch that I wanted the artwork on, then get the images printed and transferred to the space through paddy. It took about a week to complete the design and planting process, and then a month for the artwork to show up,” Shrikant told The Better India.

He’s not the only one who’s inspired.

In Wayanad, Praseedkumar, a farmer in Sulthan Bathery, is also working on rice paddy art. He said his daughter, Akarahshima, a Class VII student, inspired him to create the art. Praseedkumar used the Black Jasmine variety of rice, from Assam, to give shape to his artwork – an image of India. Rice shoots in 10 colours were used for this piece.

With India being an agrarian country where rice is one of the most abundant crops, rice paddy art could help spark interest in tourism as well as traditional practices of farming.

“Farm tourism is gradually flourishing in the district and the art form will help farmers get a share of the tourism industry’s profits,” Praseedkumar told The Hindu.

Shrikant agrees, and aims to use the popularity of this art form to preserve the rural culture of the region and encourage local youth to take up agriculture.