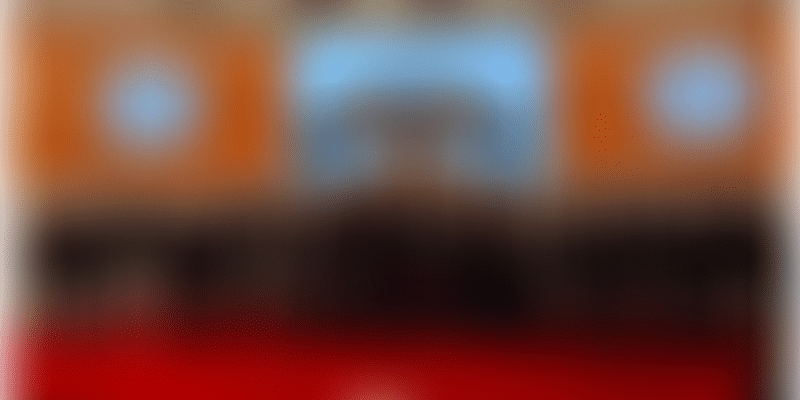 Xiaomi had sought an initial valuation of $100 billion in what is the largest tech IPO in four years. However, lukewarm opening trade valued it at $54 billion only.

Chinese smartphone giant Xiaomi debuted on the Hong Kong stock exchange (HKEX) on Monday at nearly half the $100-billion valuation it had initially sought. It is the world’s largest tech IPO since Alibaba’s listing back in 2014, and the room was “packed with many of China’s top investors,” reported an onlooker.

However, shortly after Xiaomi shares opened at HK$16.60 (lower than the expected HK$17), they tanked 3.6 percent even as the HKEX rose 1.4 percent on morning trade. Some investors saw bids as low as $15.20, according to Bloomberg. That is 11 percent below the issue price.

Xiaomi had earlier priced its 2.18 billion shares at HK$17 (lowest in the indicative range of HK$17 to HK$22) and hoped to raise US$4.7 billion through the IPO. At present, it trades at HK$16 per share, valuing Xiaomi at only $54 billion, which is significantly lesser than the $100 billion it had aimed for.

Uncertainties around its valuation coupled with rising fears of a trade war between America and China are said to have led to Xiaomi’s poor opening performance. As a result, it has managed to raise only about US$3.05 billion through the IPO.

Several analysts are also of the opinion that the buzz around Xiaomi is merely hype. Even though it dominates home market China and neighbouring India, where it has been the leading smartphone vendor for three successive quarters, Xiaomi’s attempts to make inroads into the US and European markets have so far come to nought.

Besides smartphones, Xiaomi manufactures tablets, smart TVs, air purifiers, WiFi routers, power banks, earphones, and other products. But it lacks in the services department. On the contrary, its Chinese peers, Tencent and Alibaba, have managed to build giant internet ecosystems with a holistic offering of consumer services that include ecommerce, social communication, gaming, digital payments, and more.

Xiaomi Founder-CEO Lei Jun, however, stated in the IPO prospectus that he wanted Xiaomi to become an “innovation-driven internet company”. It will also be seen as the “coolest” firm that manufactures “amazing products”. Xiaomi even intends to expand operations in the US, which it sees as a critical market, but stringent regulations against Chinese companies in a post-Trump America might make it difficult.

Overall, tech listings on the HKEX have fizzled out after the high of 2017. Xiaomi’s listing comes at a time when the benchmark Hang Seng index has fallen 5.8 percent in a year. The Sino-US trade dispute has hit equity markets and led to an overall negative investor sentiment.

Xiaomi though is acutely aware of this unfavourable climate, but it hopes to tide over it.

“At this critical moment in Sino-US trade relations, the global capital markets are in constant flux. Although the macroeconomic conditions are far from ideal, we believe a great company can still rise to the challenge and distinguish itself,” CEO Lei told the media.