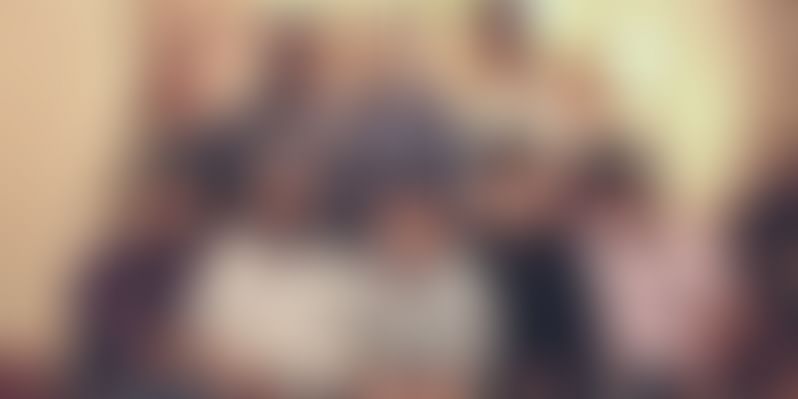 Where is it located: Bengaluru

The problem it solves: Matchmaking

Jomy John was discussing his latest failed matrimonial application over coffee with classmates Ruby Alex and Sanoj Keloth at the IIM-Bangalore cafeteria. He revealed many of his attempts to find a match on matrimony apps had failed miserably despite meetings and genuine bids to connect over coffee.

As Jomy spoke about his frustration at the many rejections, Ruby wondered, “Why don't we match up using more data points?” That was the “AHA” moment for Kettiko. The trio discussed the idea with Ajin Joseph, Jomy’s friend and his senior at school. Ajin instantly warmed up to the idea of using personality traits for matchmaking, and joined the team.

The four launched Kettiko as an online marriage consulting platform earlier this year. It targets singles below the age of 40 years, seeking graduation as a minimum qualification. The founders claim that by using data analytics and Machine Learning, the platform assists users to find life partners, making “preferred marriages” a possibility.

Kettiko in Malayalam means “go, get married”. The whimsical colloquial usage sums up the essence of the brand – simple, funny, and not a laborious process.

Apart from being IIM-B batchmates, each of the founders - now in their thirties and forties - had different interests, which blended into Kettiko.

Jomy John was a copywriter, content strategist, programmer, and an analyst, and had previously worked with a pharmaceutical MNC and an advertising startup. Ruby Alex, who was passionate about investments and financial markets, had a corporate career, and holds an engineering degree from the Calicut University and an MBA from Oxford University.

Ajin Josephis a computer science, technology, and political enthusiast. He has worked with Amazon, Verizon, Cisco, and a few IT startups prior to this. Sanoj Keloth, passionate about movies, web technologies, data, and analytics, has four years of experience as an analyst and data scientist in the supply chain, fashion and banking domains. His work includes a stint at the Abu Dhabi Commercial Bank and he holds an MS in IT from State University of New York, Buffalo.

The Kettiko team now has a total of eight people, including four developers and two designers.

Co-founder and CEO Jomy says: “Kettiko incorporates the best of both matrimony and dating platforms in an intelligent, inclusive, and unique manner. Kettiko is when matrimony gets married to dating.”

The startup completed a pre-incubation programme at the Indian Institute of Management, Bangalore (IIMB), Incubation Centre. Currently focused on Kerala matrimony, it has plans to go pan-India by 2020.

“The approach in traditional matrimony and contemporary dating platforms is quite naive as the data they project to the user is mostly unrefined. The user is burdened with the onus of searching the entire repository and prioritising matches. Also, none of the platform takes user personality into consideration, but this plays an important role in any relationship,” Jomy explains.

The company’s USP hinge on two of its concepts - ‘super match’ and Kettiko Happiness Box (KHB). Kettiko recommends to users a list of handpicked super matches. A super match, or a two-way match, happens when two users score great compatibility on each other’s preferences and personality. The KHB is the machine learning algorithm, which takes profile data as input and recommends a list of super matches.

Initially bootstrapped, Kettiko raised angel funding of Rs 20 lakh when it released its alpha version. “We started building the brand even before the product was developed. We created social media pages and ran several campaigns to create awareness at the very early stage of development. With over 8,000 followers in a span of five months on Facebook, we launched the pre-registration campaign attracting more than 500 customers,” says Jomy.

The majority of Kettiko's revenue model is based on its subscriptions, which are available as three plans - Mug, Jar and Tower. They charge Rs 3,333 (for three months), Rs 4,444 (for six months) and Rs 6,666 (for 12 months) respectively.

Kettiko has also tied up with a couple of big jewellery and textile brands from whom they get a commission.

With more than 50 percent of the Indian population below the age of 25, the matrimony market is set to grow.

Kettiko is yet to generate revenue as it has strategised the freemium revenue model by which the user can use the application completely free for two months, and chose the subscription plan later.

“We chose the freemium revenue model because nobody will be willing to pay upfront, especially when the brand is new. However, we will be able to cut down the two-month free subscription to two weeks or so once we have enough users,” Jomy adds.

Kettiko competes with Betterhalf.ai and Wedeterna in India, and is targeting revenues of Rs 1 crore by June 2019, and Rs 5 crore by December 2020.

A separate matchmaking venture for second marriages, a one-stop shop for marriage allied services, which includes an exclusive platform for wedding photographers and designers, are part of Kettiko's future plans.