Meet 18-year-old Garvita Gulhati, the only Indian nominated to be a 'Global Changemaker' 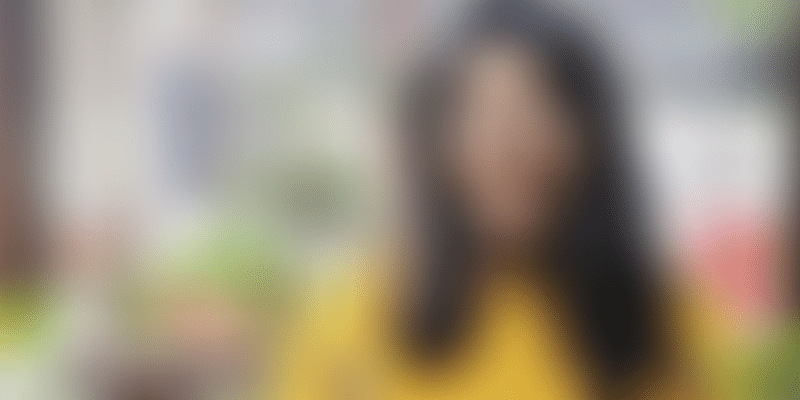 Garvita Gulhati, 18, is the only Indian among 60 others from 42 countries to win the 'Global Changemaker' title this year. Global Changemakers is a youth programme for social entrepreneurs and community activists. The changemakers were awarded the prestigious title at Zurich, Switzerland.

Garvita is a B Tech student from Bengaluru, and the Co-founder of Why Waste, an organisation that is working towards effective conservation of water. The startup works with restaurants by helping them to prevent wastage of water that is left behind in glasses. They also conduct workshops at schools, colleges, NGO’s and offices to raise awareness on water conservation.

About sixty applicants were shortlisted for the programme, who will further join a global network comprising of over 1,000 young leaders. Speaking about her selection, Garvita said,

I am excited to be part of the Global Changemakers network and it's a great opportunity for me to learn from other young changemakers from across the world and bring back those learnings to inspire the youth of our country. My vision is to inspire every young person of my country to contribute in creating a change.

Speaking to The Logical Indian on how her startup came into being, Garvita said,

It all began when Kuldeep Dantewadia from Reap Benefits visited our school. In a presentation, he showed that 14 million litres of water gets wasted from restaurants every day. This baffled us beyond limits and we knew we had to do something before it was too late.

At the Global Youth Summit, the selected changemakers participated in training sessions, networking and workshops to enhance their skills such as campaigning, fundraising, project management, leadership, public relations and pitching, and learnt from each other's experiences. The summit that took place at Aarau, Switzerland, concluded on August 18.

The changemakers will also be allowed to pitch their idea and apply for grant funding to scale their existing initiatives and create new projects.

Previously, Garvita has been recognised as an Ashoka Youth Venturer by Ashoka Innovators for the public, which is the world's largest network of social innovators and entrepreneurs. Campaigns by Garvita has also been supported by change.org through her petition change.org/glasshalffull, reports NDTV.