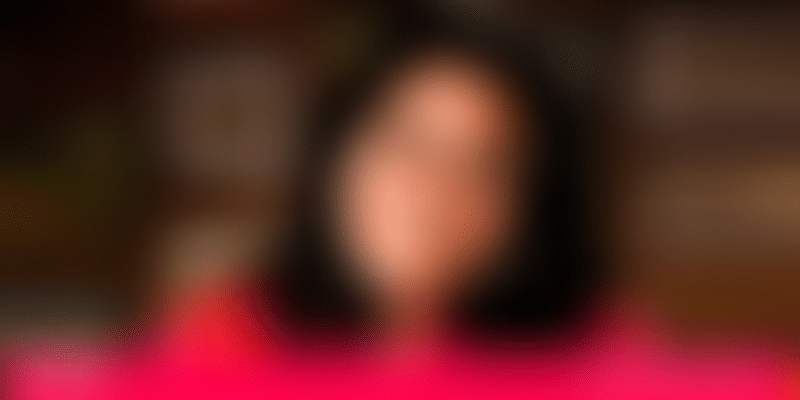 In our new series Leadership From Failure, we highlight what entrepreneurs and leaders have learned from their mistakes and how they have used failure as a stepping stone to become leaders and role models. Today, we have Dr Sunita Maheshwari, Chief Dreamer and Loop Closer, Co-founder of Teleradiology Solutions, RXDX Clinics and Telerad Tech.

With over 26 years in the workforce, Sunita Maheshwari says she is forever 21 at heart! Sunita chose to study medicine, but from there veered towards entrepreneurship in the healthcare space. Since then, she’s been taking risks and changing equations in a space where few women have ventured into.

Sunita finished medical school in 1992, and served as the Head of the Department of Pediatric Cardiology at Narayana Hrudayalaya for 10 years.

In 2002, when she saw the massive potential for deploying remote medical expertise for a project with Yale initially, and then for locations in every corner of the world, she decided to turn entrepreneur. She co-founded three healthcare entities - Teleradiology Solutions, RXDX Clinics (a chain of primary care and neighbourhood clinics in Bengaluru) and Telrad Tech (a software company that builds telehealth solutions and is now very active in the space of AI in radiology).

Sunita narrates how she failed to diagnose a serious heart condition of a two-month-old baby.

“She came back, very sick, at six months and that is when I made the right diagnosis. I was in a dilemma - whether to tell them that I had misdiagnosed or pretend it was a new disease? It was very hard to face the parents and tell them that I had missed the diagnosis when they first saw me, which had led to the baby doing poorly. I was honest with them, and willing to face the consequences. I apologised profusely. Fortunately, the family was forgiving and the baby went on to do well.”

Sunita’s learning from this experience was that it’s human to err and mistakes do happen. “What I learnt was that it’s best to own up and make amends. Be honest as well as humble.”

Six years ago, she incubated a tele-counselling venture, which for various reasons couldn’t sustain itself.

“Perhaps we were too early and India was not ready for it. Most people preferred face-to-face interaction rather than online counselling. Whatever the cause, it could not scale, the founder left, and we eventually had to downsize and let go of the whole team.”

Sunita still believed there was a huge unmet need in India for confidential counselling, and so even though it failed, she did not shut it down. “I let it stay dormant until we could figure out another plan,” she shares. Two years later, Healtheminds was revived with a counselling expert and a new, re-energised team.

Her learning has been that failure is temporary. “If you believe in your idea, keep the flame burning and looking for ways to make it work. Persistence and perseverance are key,” she says.

Sunita sees failure as obstacles that need to overcome on the path to success.

“When things are not going well, I go back to the drawing board, and try to figure out what’s working, what’s not, and what changes need to be made,” she says.

A new plan always re-energises her, but if things are beyond correction and revival, she lets go.

“I remind myself that my problems are minor compared to the ones in the universe and better things await me. I guess it’s all about staying positive, thinking positive, and spreading positive vibes,” she says, signing off.

How do you approach failure? What do you do when you find yourself in an impossible situation?