What is Lenovo India doing for mothers and working women, in their company? 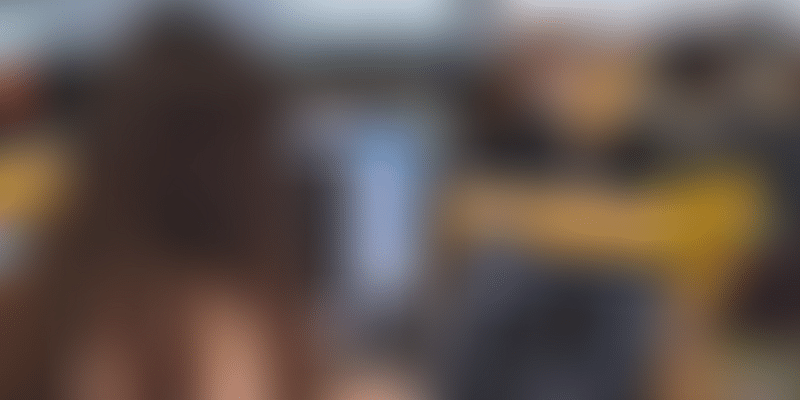 According to the Working Mother magazine, Lenovo was voted one of the top 100 companies for working mothers in 2017. In conversation with YourStory, Global HR Head Gao Lan and Lenovo India’s HR Head Rohit Sandal speak about what the company is doing to integrate women in the workforce after their maternity leave, on gender biases and what a woman needs to do to succeed.

YourStory: According to recent data on working women in India, the women make 27 per cent of the Indian workforce. What are Lenovo India’s policies for its women employees?

Gao Lan: Lenovo is serious about the diversity in our global company culture. In India, we are largely a sales organisation, where you see more men than women. I looked at the diversity data over the last three years in India, and there has been an increase in women representation; from nine percent of the workforce, we are at 16 percent in the sales sector. We can tell you it hasn’t been easy, but we will continue our efforts. This is important to Lenovo’s global company culture.

YS: Was the story around working mothers in India different?

Rohit Sandal: Most of our sales employees have to be out in the field, meeting partners, customers, etc. It’s more of an outside job, and generally, retaining a certain section of women gets difficult. It’s challenging for them as they are expected to balance their children and work life.

The mandatory six-month maternity leave in India has helped. We, as a company, give complete assurance that we are absolutely okay with you taking more time - more than the mandatory six-months - to adjust. When you come back, we will give you the exact same role and, yes, it’s difficult for us as an organisation, but that’s the commitment we are making as an organisation. I am glad to say that of all the maternity cases we have had in Lenovo India in the last two years, we haven’t had a single resignation.

YS: What about other working women - were there any India-specific challenges? What kind of solutions have you seen?

RS: As we said, the main function of Lenovo India is the sales division. The employees don’t need to sit at work. They can deal with customers over phone calls and emails. In fact, employees don’t need to punch in their timings. We have sales targets - as long as that’s completed, we are satisfied. Women seem to like the work-from-home model as it helps them balance their lives.

We are also trying to attract women who have taken long breaks - usually, it is to take care of their children. It’s a pilot initiative. We are trying to get them back on contract. They can work three days a month, or three days a week, or four hours a day for a limited period of time. If this works for them, we slowly increase it to a point where they can come in as a full-time employee.

YS: When an employee is out on six-month maternity leave, the team that she was a part of takes a hit. What do you do then?

GL: We plan and prepare the team in advance if a woman employee wants to take maternity leave. We allow people to relocate the workload to other people. Also, a substitute, or short-term contractors, are pulled in to make sure the job is done.

YS: What about paternity leave in India?

GL and RS: We have two weeks of paternity leave here. It’s an official leave. But, as we said, we are a flexible organisation. We don't think it's required for a sales employee to come to office everyday. As long as we can see the output, we don’t have a problem.

YS: One of the reasons women have dropped out was there weren’t enough role models.

RS: Role models are not an issue in our organisation. We have a good number of women representation in our executive board and council.

GL: We have 14 COOs, and four of them are women. Plus, we make sure that we have a diverse representation in this executive board.

YS: What does diversity mean? How does Lenovo approach diversity?

GL: We believe in diversity but not just for the sake of being diverse. We believe women, people from diverse cultures - not just men - buy our smartphones and PCs, and we understand that when we design our products.

YS: Have you seen gender bias in your personal career?

GL: I think I was lucky, as when I began my career, I didn't realise that gender could be an issue. I am Chinese, and I think that didn’t affect me so much. When I became a leader I would wear a dress, not a suit. I would always do my job because I am capable of doing my job; it has nothing to do with me being a woman.

But I do realise a lot of organisations are gender biased. Plus, I saw a lot of women leaders trying to act tough so that their team members may think you are not weak.

I believe that to be a successful woman, don't label yourself as a woman employee, but only as an employee. Concentrate on your capability, and give yourself reasons succeed. As a woman leader, you have a lot of strengths like communication, your vision, thinking of a full-picture, educating people etc. Play your strengths in the corporate world.

I do hear a lot of young colleagues saying, ‘I don't have equal opportunity, didn't get the promotion because I am a woman’. These excuses will not let you grow. Don’t limit your potential.