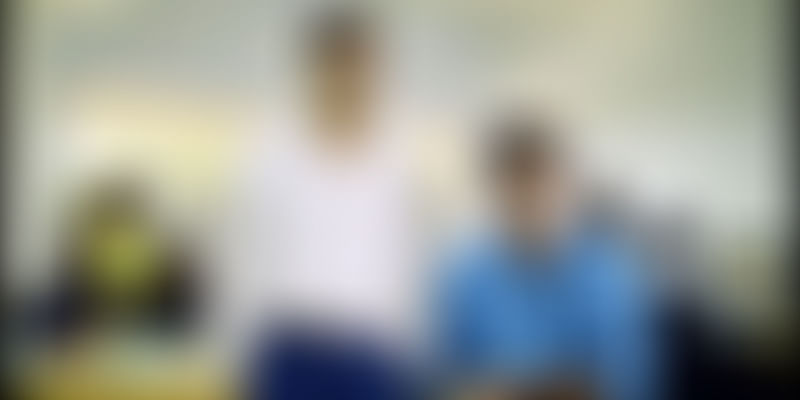 With over 3.1 lakh merchants on board, ToneTag uses sound waves to enable payments on devices, independent of the instrument or infrastructure.

It’s not uncommon to be given candies instead of change if you’re shopping in India. While we are all accustomed to it at some level, Kumar Abhishek’s friend from overseas found it bizarre. This had the techie, who has worked with Infosys and Mindtree, stop and think.

Kumar joined hands with friend Vivek Kumar Singh and started ToneTag to make payments easier. The company was set up in 2013, and is headquartered in Bengaluru. It offers contactless payments that use sound waves to enable offline payments from one device to another.

On the face of it, the technology is fairly simple - ToneTag technology encrypts data and transmits it from one device to another using sound waves. This allows one to make digital payments easily and securely.

Because it uses sound waves to transmit data, ToneTag's technology enables payments that are independent of any instrument. This means payments are not dependent on any particular hardware. Also, they are not dependent on internet connectivity. A merchant can programme any device - a mobile phone or a PoS device - or use a ToneTag device and transmit a bill amount and transaction details via a sound signal. Customers can authenticate payments using their phones. The technology allows for transactions to be completed when two devices are in close proximity of each other.

It can be also be integrated with digital wallets, and payment apps. The technology can also work on any operating system – iOS, Android, Windows, and Linux - and does not necessarily need a smartphone to function.

A larger space and problem

When Kumar and Vivek dived deeper into the digital payments space, they realised there was a large opportunity awaiting. While several technologies have been on offer, no solution was as seamless, interoperable, and accessible as cash.

“Most solutions relied on mobile internet or smartphones, and most Indians didn’t have access to them. It was then that we decided to use sound - due to its universal nature and easy integration - as a medium to transmit data,” Kumar says.

In the past five years, ToneTag claims to have reached over 50 million customers. The team, which is looking to touch 100 million customers in the next quarter, currently has a base of over 3.1 lakh merchants.

While the payments business is fast growing, the team faced a few challenges. Unlike any smartphone payment app, they had to educate customers about the contacts payments landscape, and then pitch the product. “ToneTag is addressing a few of the complex challenges in the payments domain with extreme simplicity, which in itself takes a lot of convincing and education with respect to impact on regulatory compliances and global security standards,” Kumar says.

So far, ToneTag has raised $10.3 million in funding. It recently raised $8.1 million in Series B funding led by Amazon and Mastercard. It has the likes of Reliance Capital, Amansa Capital and 3one4 Capital, along with a few angels, as investors.

The company charges its partners a licence fee, which the team did not disclose, for a ToneTag integration. This is dependent on the overall use case and the number of interactions delivered. ToneTag is currently at the pre-revenue stage and is focusing mainly on growth through collaboration issuers, acquirers, and leading retailers globally. The team claims to be growing at 200 percent annually.

While payments is its foremost application, ToneTag has several other uses across different avenues. It can enable any device with voice-capture capability to accept sound-based payments or exchange any information securely as required – including automated toll payments and parking charges. The technology can also enable cardless and contactless cash withdrawal from ATMs.

“The soundwave technology can also be used for promotion, advertising, and broadcasting – it can allow for real-time brand messaging, bi-directional interaction with customers on the go, and data broadcast of sound over television and radio,” Kumar says.

ToneTag has filed seven global patents to build use cases in the payments as well as the offline retail space.

Industry estimates place India’s mobile phone users at 800 million at present. Of these, only 200 million are smartphone users; six million of these allow for contactless transactions. Kumar says a vast majority of the population does not have access to pre-existing digital payment systems, and few can access evolving developments that make payments easier.

He says there is also the question of security. “These systems, even with two-factor authentication and OTPs, are quite vulnerable to being compromised. There have been several instances of scams on digital wallets that rely on these systems. Lack of real-time acknowledgment of digital payments is another major challenge that often results in fraudulent activities (for instance, a customer may show a one-week-old screenshot of ‘payment processed’),” Kumar explains.

He says ToneTag has built a system that leverages the security and invulnerability of Blockchain-based decentralised ledgers to make sure both customers and merchants get updated payment information to enhance security and prevent theft.

By launching payments, both Google and WhatsApp display a motive - to bring a large customer base that chooses to use their apps for everything.

Some of ToneTag’s clients include ICICI Bank, First Data, and retail merchants. The company is also closely working with Mastercard and Infosys to on-board their banking clients.

The company is also building Pick&Go, a system that will allow customers to pick up products and walk out of stores as payments will be made automatically. It has also developed an invisible payment solution called Presence, which allows customers to pay without revealing any information at the store.

“ToneTag is also developing potentially disruptive applications of this technology for other industries and use cases, including to build interactive tables for restaurants to improve the order-taking and payment experience at restaurants,” Kumar concludes.