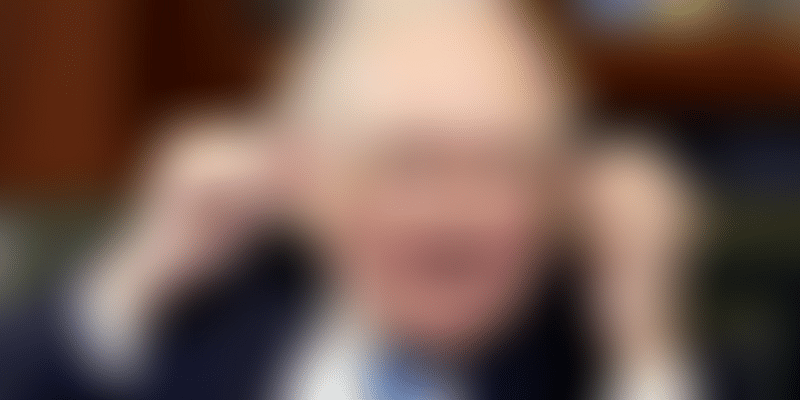 With a net worth of $84 billion, Warren Buffet is often acknowledged as the greatest investor of all time. While most 10-year-olds in the 1940s yearned to go to the zoo or circus on their birthday, little Warren asked his father if he could visit Wall Street. He began dreaming of ways to make money at the age of six, and from then on, there has been no looking back. He is today the third wealthiest person in the world.

The CEO of Berkshire Hathaway, also known as the Wizard of Omaha, has a few tricks up his sleeve when it comes to leadership. Here are some quotes by Warren Buffet that have inspired leaders around the world:

1) Set your eyes on the future

“In the business world, the rearview mirror is always clearer than the windshield.”

There's a reason why the windshield is much larger than the rearview mirror. What happened in the past is not more important than what the future has in store for you. While the past forms an essential part of who you are today, you cannot change it. What you can change, and control to some extent, is your future. Learn from your past, but never live in it – it only defeats your chances for a better future.

2) Knowing is good, doing is better

It is one thing to know and acknowledge ahead of time about an event that could take place, but not acting on it is like violating the rule of Noah's Ark. What's going to happen is beyond your control, but taking precautions before an actual disaster will take you a long way. Often, we know what lies ahead, yet we lack the desire to do something to address it.

“Risk is a part of God's game, alike for men and nations.”

Risks are inevitable. Risk-taking is a critical element of leadership, and in today's highly competitive world, playing it safe is probably the most dangerous thing one could do. You need to learn to operate outside your comfort zone and confront challenges. You’ll never know what you’re capable of until you tackle risks. While it may seem uncomfortable at first, it will certainly evoke leadership success.

4) Doing nothing can be helpful

“You do things when the opportunities come along. I’ve had periods in my life when I’ve had a bundle of ideas come along, and I’ve had long dry spells. If I get an idea next week, I’ll do something. If not, I won’t do a damn thing.”

While we're used to people telling us, "Don't just stand there, do something", sometimes doing something can cause more harm than doing nothing. It's not necessary that as a leader you will always be brimming with ideas. Some days, you don't have any ideas, while other days, you have a bunch of them. When you can't innovate, don't stress out and account it for an unproductive day. Wait for the right opportunity to come up, and then strike.

5) Be grateful to society

“If you’re in the luckiest 1 percent of humanity, you owe it to the rest of humanity to think about the other 99 percent.”

Whatever your level of income, giving back to the society and paying it forward can create a huge difference in the lives of those less fortunate. Generosity is usually reciprocated, and giving once can create a ripple effect to influence many lives. Buffet says the reason someone is sitting in the shade today is because someone planted a tree a long time ago. Be grateful for what you have, and learn to give back. A small act may seem insignificant today, but the effects of will be realised in the future when someone benefits from it.

Successful people aren't only successful because of what they've done, but also because of what they've not done. Most of us say yes to everything for fear of disappointing someone, or not being socially obliging. We're all granted the same amount of time, but what makes a difference is how we choose to distribute it. You can’t let people set your agenda in life. Everyone will probably respect your time if you learn to say no when you need to.

“Opportunities come infrequently. When it rains gold, put out the bucket, not the thimble.”

An awesome opportunity doesn't come your way often. Most people don't pay enough attention to, or don't realise the importance of an opportunity. Not all opportunities are easy to identify, and some wear a mask in disguise. Try to recognise when it's raining gold, seize the opportunity and act on it sensibly. It can pay off tremendously if you make the right move and grab it, and can be equally tragic if you let it slip away.

“The most important investment you can make is in yourself.”

The greatest investor of all time constantly emphasises the importance of self-investment. Work on your skills and maximise your talents – this is a tremendous asset that can show multifold returns. Investing in yourself physically, emotionally, financially and spiritually can allow you to be the best version of yourself, one that will attract greater rewards. Nobody can steal that from you.

9) Believe in your dreams

“I always knew I was going to be rich. I don’t think I ever doubted it for a minute.”

Buffet didn't come from a wealthy family, but he dreamt of being a billionaire. He never doubted himself and worked towards that dream. Often, we have dreams that are dropped halfway because of fear, and our lack of confidence. We may not know everything that lies ahead, but the willingness and determination to achieve the dream will get you far. There may be moments of doubt, but believing in oneself can surely bring your dream to fruition.

10) Patience is a virtue

“No matter how great the talent or efforts, some things just take time. You can't produce a baby in one month by getting nine women pregnant.”

Instant gratification isn't a reality, good things take time – Buffet says referring to investing in a business, where it's pointless to expect immediate returns. You need to let the eggs hatch in due time. Sometimes expecting results too quickly will negatively affect the quality of the outcome. Great leaders need to be patient while they wait, and have the grit to see the goal in mind until the end.

On the eve of an annual Berkshire Hathaway shareholders meeting, Bill Gates pointed out one of the most vital, yet overlooked, leadership skills Buffet possessed. He said, "Despite all the changes during Warren's tenure, he has lived by the same principles of integrity and creating business value since day one."