Bhopal: in the very heart of India, a quiet startup revolution is taking root 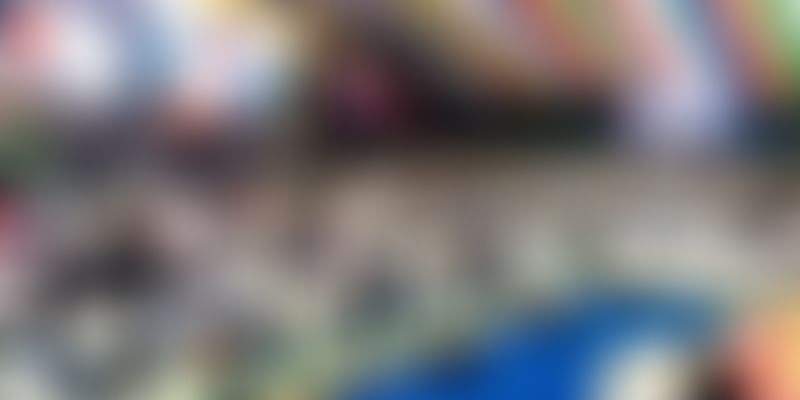 There is no direct flight from Bengaluru to Bhopal. You have to take a flight to Indore and from there, it is roughly a four-hour drive to the capital of Madhya Pradesh. I learnt this just three days back when I made a trip there. But more importantly, I learned how ignorant I am about Bhopal, which is the second cleanest city in India after Indore. It's a city of lakes, and its a city where the young are dreaming big dreams.

Let me share with you the Bhopal I witnessed firsthand owing to a conference organised there by the state government, aptly called Future of MP Startup Conclave - Ordinary People, Extraordinary Dreams.

According to the latest government figures, there are 101 tech startups registered in Madhya Pradesh, but if you count non-tech startups, then the number is significantly higher. And more than that, the genuine passion with which the young people there are looking to start up in order to solve local problems is really humbling. From agriculture to energy – you name it and people in Bhopal are at it.

Today, I sat back and reflected on what I experienced there, and I can tell you that we have not quite understood the potential that resides in the heart of India.

On the sidelines of the Conclave, I met a young woman named Arshi Khan who offered to show me around the City of Lakes on her motorbike. I’ll admit I was surprised to find such a confident biker in Bhopal, but that’s not all she does. Arshi is an entrepreneur who, through her startup CollegeKhabri, is helping students in Bhopal find information and better job prospects. To me, she was a superb reflection of Bhopal of today, confident and rooted in reality to make a difference.

My journey to the city via Indore was only punctuated by the diversions on the highway because of construction work. The city itself is such a contrast to Bengaluru. Bhopal doesn’t have the huge steel-and-glass buildings that have becomes icons of progress and technological prowess. What it does have are enthusiastic entrepreneurs. I met nearly a dozen of them at the Conclave – their energy is very pure. These are people who are close to so many problems that India faces today and they are actively finding solutions to these problems.

Take thekabadiwala.com. Its young founder & CEO, Anurag Asati, has 40,000 users from whom he picks up scrap and upcycles them into functional and decorative pieces, among other things, which are then sold on the site. His partner is the creative one, turning plastic bottles into flower vases, old rubber into ‘vegan leather’ bags, and so much more. And as you quiz them as to whether Bhopal is a good market, pat comes the reply,

"We have just begun and there is a lot more to do in the waste management space."

With so many customers I am sure they can only look north.

Then there’s InventoHack by Aseem Johri, which has taken on the challenge of testing and certifying soil and produce and deem them to be organic or not. They also work with farmers to help them implement smart agricultural practices to help them increase their yield of organic produce and crops. They’re also working towards making organic products more affordable by creating automation practices that streamline and speed up the production process. Learn how they do it here:

Jalapurti by Deepak Tayde has created an Android app that farmers can use to check the water requirements of their soil and irrigate their fields accordingly. It saves water by using it precisely when needed and in optimal amounts.

In a shining example of frugal innovation, Waseem Iqbal, founder of MW Social Enterprises, has come up with an RO purifier that does not run on electricity. Not everyone can afford an RO machine but everyone deserves access to purified water. It was this thought that drove Waseem to come up with a device that runs without a power connection and costs just Rs 1,500. What’s more, the filter costing Rs 500 needs to be replaced only once every two years. He is now looking for Rs 40 lakh-Rs 50 lakh to help him set up a distribution chain.

While we’re on innovation, let me also tell you about Khadigi, a product range from Umang Shridhar. This is a one-stop shop for handcrafted clothes in MP. Khadigi's products are made in Joura, a tehsil in the state’s Morena district. They make khadi not just out of cotton thread but also from soy waste and from bamboo. They also make khadi silk and so many other types of khadi – high-quality material that is also exported. All of this is 100 percent organic. In doing so, she has created employment for women in rural areas, giving them the means to sustain their families and live with dignity.

These startups are among the 20 being incubated at B-Nest, the social enterprise incubator set up by the Bhopal Smart City Development Corporation Limited. At the Startup Conclave, Chief Minister Shivraj Singh Chauhan also announced a fund of Rs 100 crore specifically created to fund promising startups in the state. In terms of ease of doing business, the state ranks 7th out of 29, and ahead of industrialised states like Karnataka, Tamil Nadu and Maharashtra.

Based on what I saw and heard at the conference, Madhya Pradesh is focused on finding solutions that will help its citizens first and foremost, including farmers and rural artisans. These solutions, in turn, can then be implemented elsewhere. With two central universities, the IIM Indore and a host of other top-notch colleges across the state, Madhya Pradesh, there is so much scope for industry-academia collaboration.

And if you need any more convincing, I give you Sanjeev Sharma who founded Swaayatt Robots in 2015. An IIT- Roorkee alumnus, he is working on a fully autonomous self-driving vehicle technology customised for Indian roads. And, of course, the entrepreneur who came from Indore to Bhopal on his private jet, Praveen Kankaria of Impetus Technologies. Praveen offers IT services to Fortune 500 companies at rates that are much higher than most biggies in this space based out of India.

While taking my ride back from Bhopal to Indore on the excellent highway, flanked by brilliant green expanses on either side, the words from Janis Ian come to my mind as I take a bit of the purity, hope and heart of Bhopal with me:

“The heart of a city

Is the soul of a man

Through the heart of the land

They can tear down a building

They can tear down a park

They can strike at a symbol

But they can't strike the heart.”