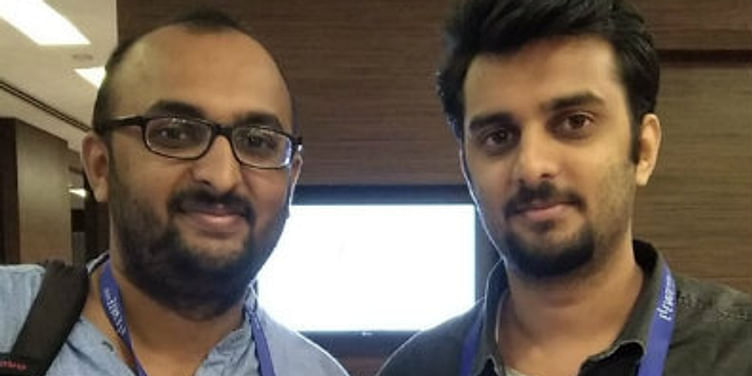 Nearly 60 percent of the ideas pitched at Elevate were from small towns in Karnataka, including Tumkuru, Hubballi, and Ballari.

Around 250 idea-stage startups presented to 36 jury members at the Karnataka government-sponsored startup pitch event Elevate. The pitches were from startups from hardware, heritage travel, fintech, and several other sectors, showing potential to be the next $100 million company. The jury members were picked out of industry associations such Nasscom and IESA. This may have been a Bengaluru event, but startups from Hubballi, Tumakuru, Ballari and other districts in Karnataka participated too. Several rural agritech startups were represented at the Karnataka-led competition.

The businesses that presented their ideas were extremely tech-oriented, proposing out-of-the-box ideas. Take Mechanical Chef, for example, founded by Cohan Sujay and Arpit Sharma, who are both data scientists and tech experts from Berkeley and IIT-Kanpur, respectively. Their robot does the cooking for you, literally! “All you have to do is add ingredients into the robot and set the program to a dish and it will make it for you,” Arpit explains . The robot is slightly bigger than your photo copying machine and can take away the time taken in cooking by at least 30 minutes. The concept is unique as it takes into consideration the cooking methodologies and processes of several Indian dishes and is programmed to follow the same.

The founders, who were on YourStory Facebook Live, say they can show anyone how the robot works, provided they bring the chopped vegetables and the lentils to their office!

Then there was Float Design Labs from Hubballi whose founders have designed a Bluetooth-based unit that can help manufacturers plug the modules into their CNC machines and perform predictive and prescriptive maintenance. Usually, these types of solutions are sold by large tech companies like Bosch to multibillion-dollar factory sets. Then, what about for the small guys? This is the hypothesis of Float Design Labs, which sells its Bluetooth unit in a robot or machine and is able to track the performance and predict failure of parts. The software pulls data from machine and the algorithm creates meaning out of the data obtained.

“The product allows small businesses to set the unit to their work load and specifications and plug it into the machines. The module then churns data about how the machines work or how it understands certain loads,” says Rajiv Hirur, Co-founder of Float Design Labs.

There were some solid pitches from agri sector too. Think about the food that you eat, the green vegetables that should keep you in the pink of health. So, Achyuta Enterprises - a Tumakuru-based agri startup - has created bio-organics in its lab, which helps plants with photosynthesis. “In an acre of farm, usually 60 percent of crops show that the photosynthesis is robust; our product, when sprayed on crops, increases this by 10 percent or more. This not only means that the plant is healthy, but ensures that the quality of the crop we offer to consumers is top notch,” says Anita Jagadeesh, Founder of Achyutha Enterprises.

The ideas did not stop there; there were some sound ones from the Axilor Ventures stable that made it to the finals: Toolyt, a SaaS platform for sales tracking, and Switch-on, a IoT platform for smart factories.

Then there were startups that wanted to build around Karnataka's heritage and tourism, such as GutsyTribe and Kalgudi. Both women founders Monika Pothineni (GutsyTribe) and Anupama Kalgudi (Kalgudi) pitched to investors about inclusivity of local cultures and customised branded tours with tech-based solutioning of stays and experience.

Of the 250 pitches, around 50 to 70 will qualify for a grant from Karnataka. The winners will be declared on September 11.

May the best win.