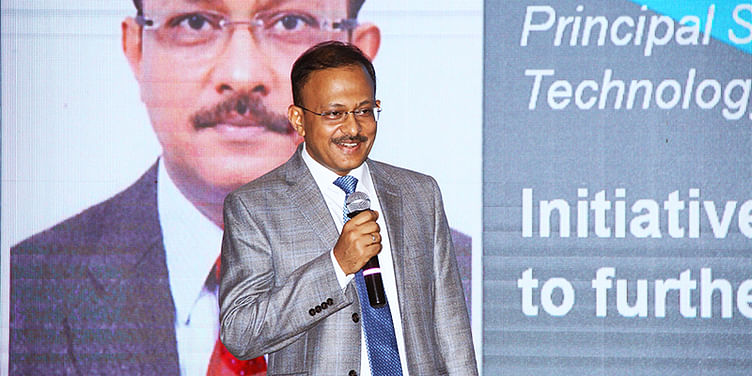 The 77 startups – operating in sectors such IT-ITeS, agritech, ESDM, medical devices, biotech, clean tech, and more – will receive funding up to Rs 50 lakh each from the state.

The Karnataka Government on Tuesday announced the winners of Elevate, its startup initiative. The state has chosen 77 startups for funding this year from the 246 startups that pitched to the high-profile jury. All 77 startups will receive funding up to Rs 50 lakh each from the state IT, BT and S&T department.

The programme, part of the startup policy launched by the state government in November 2015, is run under the Startup Karnataka initiative of the Ministry of IT-BT and S&T. For the second consecutive year, the programme received over 600 applications from across the state.

The government has earmarked a sum of Rs 24 crore towards funding of these innovative startups. Rs 2 crore of this amount has been set aside for startups from the Hyderabad-Karnataka region.

The chosen startups were spread across the segments of IT-ITeS, agritech, ESDM, medical devices, biotech, clean tech, and more. Majority of the winners came from Bengaluru.

Karnataka Principal Secretary, Department of IT & BT, Gaurav Gupta said the state government was actively considering engaging with the startups, especially in the area of procurement services. “There are certain challenges while working with startups for our procurement services, but we are confident that these would be overcome a period of time,” he said.

An interesting aspect of this year's Elevate pitches was that a majority of startups were product based, as opposed to service based. Many of these startups also use deep tech platforms such as Artificial Intelligence, Machine Learning, Virtual Reality, Augmented Reality, and Robotics.

The Karnataka Government is also keen to reach out to the startup community spread across Tier II and III cities of the state. For this, it plans to set up incubation centres in cities such as Belgaum and Kalburgi. Hardware incubation centres are also planned in locations such as Mysore, Hubballi, and Mangalore.

Gaurav said the state government plans to further strengthen its linkages with the technology industry, whether it is by setting up newer incubation centres or through promotion of startups.