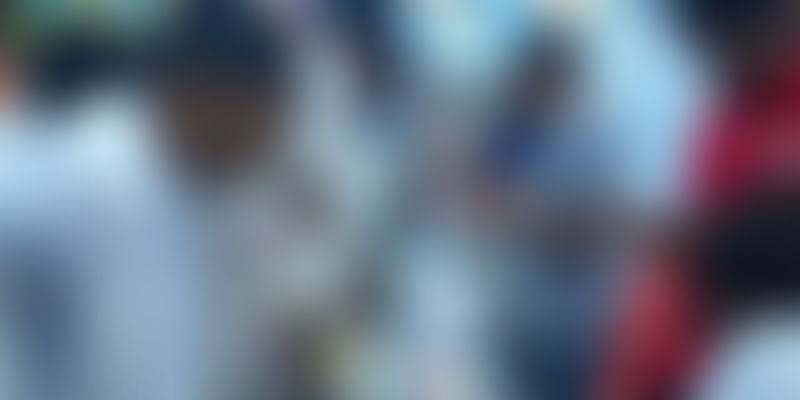 The digital revolution led by the massive penetration of internet and smartphone is among the factors that has contributed to India’s dominance in the global economy.

Yet, the irony is that the benefits of digitisation elude a section of people who are likely to benefit the most – the underserved community, consisting mostly of people who are Below Poverty Line. The reason is simple. They lack access to the same elements driving the country’s digitisation – the internet and the smartphone.

But, one state – Rajasthan – has launched a systematic intervention programme to bridge this gap, bring them into the digital fold. Chief Minister Vasundhara Raje announced the Bhamashah Digital Parivaar Yojana this week.  The scheme provides families covered under the National Food Security Act (NFSA), i.e., a ration card, with a cash advance to buy a smartphone with internet connectivity.

If one looks at the detail of the implementation design of the Bhamashah Digital Parivaar Yojana and looks at how that ties up with the idea of achieving holistic development through digitisation, it’s easy to see why this simple move could be a game changer.

The State Government of Rajasthan launched the Bhamashah Yojana way back in 2008 with the primary focus of enabling direct benefit transfer scheme to promote financial inclusion, women empowerment, and effective service delivery. Under the Yojana, direct transfers are done into the account of the female head of the family, in whose name the Bhamashah card is made.

Over the years, Bhamashah Yojana has become a household name and has so far facilitated over Rs 22,000 crore worth transactions. Interestingly, of the 1.6 crore families enrolled under the Bhamashah scheme, 1.03 crore families come under the purview of NFSA, making Bhamashah the ideal gateway for disbursement of cash benefits for Bhamashah Digital Parivaar Yojana.

It is interesting to note that to guarantee equal opportunity to private telecom players and manufacturers and freedom of choice to people, people can choose smartphones and the net connections from a brand and data provider of their choice. People can purchase a smartphone and sign up for a preferred network operator of their choice at the Bhamashah Digital Parivaar camps hosted by the Zila Panchayats or also opt to do so from regular neighbourhood shops. Since the transactions happen online, it provides transparency and accountability enabling the government to keep a track on how many beneficiaries have availed the scheme.

By not just providing a smartphone but also an internet connection, the State Government of Rajasthan is making it practically possible for people from impoverished backgrounds to become digitally enabled in the truest sense. From information on government schemes to tapping online selling opportunities, everything will now be accessible to people, literally at their fingertips.

With the government continuing to work fervently on ground to spread digital awareness and now providing the have-nots with the technology and tools to join the digital bandwagon, the Raje government is working towards improving the lives of disadvantaged communities in the state.

The Bhamashah Digital Parivaar Yojana has set the ball rolling for an ambitious feat of mega magnitude.

Why Rajasthan is truly the capital of Digital India

The Government of India’s Digital India Programme has given a concrete structure and roadmap to empower the country through technology by launching programmes in the areas of digital infrastructure, digital empowerment, on-demand government services, expanding internet connectivity to rural areas, boosting manufacturing of electronic goods, etc. With this massive digitalisation push, the lives of women, youth, farmers, and others in the country have changed for the better. Sectors such as healthcare, education, agriculture, manufacturing, etc have undergone a tremendous transformation.

Rajasthan has one been at the forefront of passionately rallying for and diligently implementing this Digital India dream. The diversity of its digital initiatives speaks volumes for its commitment.

These include eMitra, the Government of Rajasthan’s e-governance platform that provides over 100 G2C and B2C services; Raj Megh, the state’s cloud services including SaaS, IaaS, Database and Managed Services for istartups, state government departments, PSUs, and even corporates; the RajNET, a multi-mode connectivity network connecting Jaipur with all 9,894 gram panchayats and 183 municipal areas in Rajasthan; Raj Sewa Dwaar , the Rajasthan service delivery gateway; Raj eVault, the fully automated electronic verification platform for document, affidavit, notary attestation for service delivery; and RAAS (Rajasthan Accountability Assurance System), a platform that enables end-to-end monitoring and accountability of government officials. These are a few of the many digital initiatives that make Rajasthan a thought leader and a front runner in e-governance and digitalisation.

The Bhamashah Yojana, one of the first state-led initiatives that went completely online, is today a flag bearer of digitisation. From its humble yet ambitious beginning a decade ago as a single-window delivery system for crediting befits of 150+ social security welfare schemes to now, Bhamashah Yojana has expanded its scope to include a number of initiatives under its umbrella. From the recently launched Bhamashah Wallet mobile, an online payment application that offers a safe and secure digital payment experience, banking services with single identity, merchant transactions, and a digikit in local languages for the residents of the state, to the Bhamashah Digital Pariwar Yojana, the evolution of Bhamashah has become a model e-governance initiative.

It wouldn’t be an overstatement to say that Bhamashah Yojana has become synonymous with digital empowerment and continues to positively impact ordinary citizens and catalyse development in the region.