Retirement is the new cool - Jack Ma shows the way 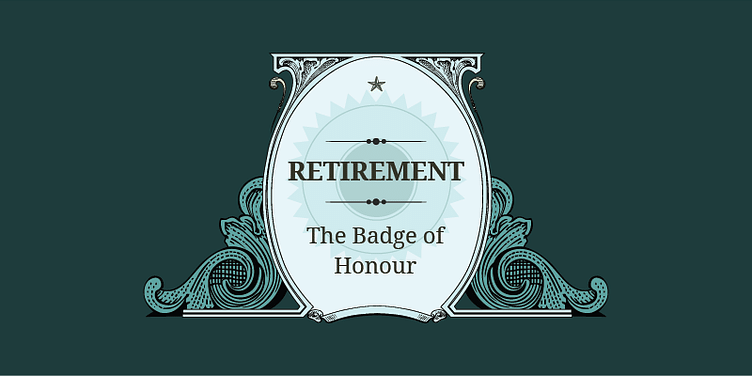 At one level, we are all followers. An icon or role model does something (and who bigger than Jack Ma), and we find ourselves drawn to doing something similar. Especially if you are at the top. CEOs do this, and CEOs do that. The HBR and so many other publications and advisors have made a success out of the role of a CEO, or for that matter, successful professionals.

However, one thing that never makes that list of following in the footsteps of the successful is "retiring".

More often than not, it is seen as something bad, a little sad, and maybe the end of an era. If you don't believe me, google the synonyms for retirement, and look at the words that come up. This is more pronounced if you are in a government or so-called fancy job. There is a world of difference between an IAS officer and an ex-IAS officer, a Supreme Court judge and an ex-judge...the list is endless.

I was amazed to hear Jack Ma announced his retirement, and more so with the way the media and people everywhere around the world stood up and took notice. The move simply didn't match the pattern we have been used to seeing.

I mentioned this to a startup entrepreneur. "Isn't this cool?" I asked him.

He responded, "Let me be a little successful, and then I will retire, or else I will be deemed a failure."

It's true. If you and I decide to retire to pursue some hobby or interest that we discovered on the road to entrepreneurship, we will not get such attention, let alone admiration. But I guess what Jack Ma has unleashed at a deeper level is the answer to letting go at some point. From all that one reads and hears, Jack Ma ruled supreme at Alibaba and yet, one fine day, he decided to let it all go.

I know so many people who have let it all go at the peak of their success because they wanted more from the short life we all have. My good friend Saurabh Deshpande left his successful job at InMobi in Bengaluru to stay in Dehradun because he wanted a life away from the traffic and madness to figure out a life that did not dictate him, but one where he could dictate his time.

We all can say that only a few people can afford such a luxury. I would disagree. Such a luxury is the only thing that all of us can afford. Choosing our time and our priorities rather than letting the noise of success define where we are headed.

You will say, all this is much easier said than done, I have been thinking, not really. We just need to shut the noise and listen to our soul. After all, the chase in this world is endless.

And on a lighter note, let's not forget so many of our film-stars, cricketers, and politicians who just refused to listen. Can you think of some names? I could think of so many.

So, lots of respect to you, Jack Ma. If nothing, you got our retirement-hating minds to sit up and take notice.