Rising above disability: The inspiring stories of 8 differently abled entrepreneurs 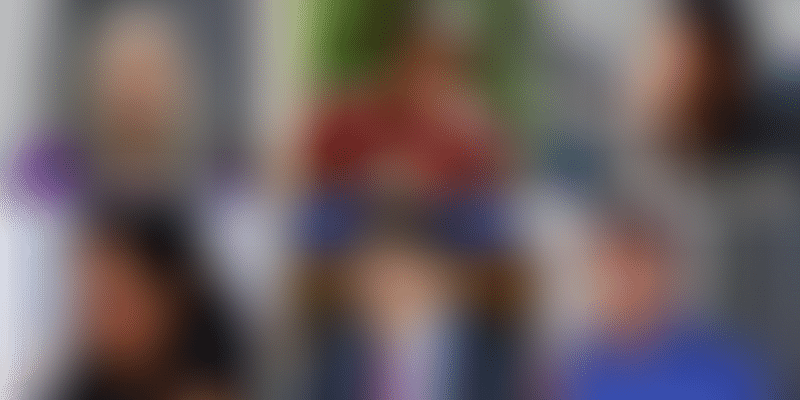 Despite the many challenges, differently abled people are turning entrepreneurs and succeeding at their own businesses. YourStory celebrates some of these entrepreneurial heroes.

The startup world may be focusing on entrepreneurs and growth these days, but no one’s talking about people with disabilities turning entrepreneurs.

Hundreds of differently abled people across India have successfully overcome physical and mental challenges, changing the world’s perception of them. As per Census 2011, about 2.68 crore people in India - 2.21 percent of the total population - are disabled. At an all-India level, 36 percent of total disabled persons are employed.

A greater focus on self-employment can let the differently abled work around their personal needs and limitations, transforming disability into ability.

Iftkhar Ali, Founder of software and web development company ALIQAN Technologies, earlier told YourStory, “I strongly believe disability is a mindset. Anybody who dares to dream can work hard and turn those dreams into reality.”

Iftkhar, who hails from small town Agra, was diagnosed with polio at the age of one. But that didn’t stop him from chasing his dreams and launching his own IT startup.

Kerala-based Simon George has dealt with waist-down paralysis for more than 30 years now. But, this year he started India’s first travel company for the differently-abled.

YourStory takes a look at stories of eight differently-abled entrepreneurs who inspire.

Born with a deformed left hand, Sharath M Gayakwad is a Paralympic swimmer who holds the record for the maximum number of medals by an Indian at any multi-discipline event at the 2014 Asian Games.

In November 2014, Sharath, along with Shantala Bhat, Santosh Patil, and Margaret John Christopher, started up Gamatics in Bengaluru.

The online venture focuses on fulfilling the basic requirements of swimmers by providing a marketplace to order high-performance practice gear and equipment. The platform also lists nutritionists and physiotherapists, aiming to bring the community together by sharing ideas and recognising talent across India to bring out the best in them.

The startup was incubated at NSRCEL, IIM Bangalore’s startup incubator, in February 2015.

With an aim to support himself and help others like him, Mohammed Gaddafi, who lost his legs at the age of 19, along with his friend Balaji, started Maa Ulaa in Chennai. The startup is India’s first bike taxi service run by the differently abled.

Recalling how he got the idea, Mohammed said, “I saw a differently abled person on his tricycle at Marina Beach one evening. He parked in a corner and started begging. I was shocked, but when I spoke to him, he asked, ‘How can we lead better lives just because the government has provided bikes?’"

Mohammed, who has a PhD in history, has been a professor at Presidency College and has worked at two private firms.

An engineering graduate from Kerala, Simon George, 52, has been paralysed waist-down for more than 30 years now. But that did not stop the wheelchair-bound man from starting SpecialCare Holidays, India’s first holiday company for differently abled people, in 2018.

The Kochi-based company specialises in tours for persons with disabilities, the aged, sick and those who need special care while travelling. It provides modern equipment, wheelchairs, motorised wheelchairs, wheelchair-accessible vehicles, accommodation along with trained tourist guides, doctors, nursing assistants, and sign language interpreters.

Thanks to Simon’s efforts, the Kerala tourism department has agreed to introduce “accessible tourism” as a special service under its “responsible tourism” initiative.

Born with Symbrachydactyly, a congenital abnormality characterised by limb anomalies, Sangita has found success as a fashion designer for 25 years.

She was pursuing a degree in English literature at Sophia College when she realised her passion for fashion, and went to study fashion at American College of London in 1989.

Sangita, who was born with no fingers on one hand, has designed costumes for the Vareli ad campaign for Aishwarya Rai, and worked for Shweta Menon, Ms Asia Pacific, and Manpreet Brar, who represented India in the Miss Universe contest.

However, she faced a setback in 2006 when the Mumbai floods washed away her studio. Unwilling to let nature thwart her ambition, Sangita joined her father’s essential oil business and worked to grow the business manifold.

The skills she gained led her to start Raw Nature Company in Mumbai, which offers a range of botanical grooming solutions for men and women; her products are cruelty-free, vegan, and free of any artificial colours, artificial fragrances, and harmful chemicals.

Sangita’s products are now available on Flipkart, Nykaa, Amazon, and with other strategic offline retail groups.

Iftkhar Ali, who graduated from IIM Calcutta, was affected with polio at age one. Hailing from Agra, he is the founder of Delhi-based ALIQAN Technologies, a software and web development company.

Before launching ALIQAN Technologies in 2015, he had worked with HCL and TCS as a business analyst and with IMS India as Centre Operational Head.

Shenaz was 19 years old when she was diagnosed with epilepsy. But that didn’t hold her back. Within a year of her first seizure, Shenaz turned entrepreneur with Sobo Connect, which aims at encouraging entrepreneurs and providing them with working space. She was pursuing mechanical engineering in Mumbai then.

Her passion for gardening and making salads – a huge hit with friends and family – led her to start Le Garden – The Salad Company in 2017.The company, which employs people who have epilepsy, delivers healthy food in Mumbai.

Shenaz, who is now 31 years old, was awarded the Outstanding Person with Epilepsy Award by the International Bureau of Epilepsy in 2016.

Born in Ahmedabad, Pranav Desai contracted polio at the age of four where both his legs were crippled and he needed braces and a cane to walk. He decided to use his personal and professional experience to empower the differently abled through his organisation, the Voice of Specially Abled People (VoSAP).

An engineer and MBA graduate, Pranav founded VoSAP in 2015 while working for the multinational giant NTT Data. The global advocacy organisation, which has over 3,000 volunteers, promotes empowerment of specially abled people through accessibility, education, and employment.

Differently abled entrepreneur Shailesh Sheth, along with his team of physically challenged people and other youngsters, started the Antarnaad project to support differently abled young entrepreneurs. Prior to this, he worked in the banking and finance sectors for 15 years.

The project aims to provide entrepreneurship development training to disabled people of all ages. Every year, the Ahmedabad-based organisation supports people with physical and learning disabilities in and around Gujarat to fulfill their potential and live the lives they choose.