How Varanasi-based SarkariExam broke into the government naukri space 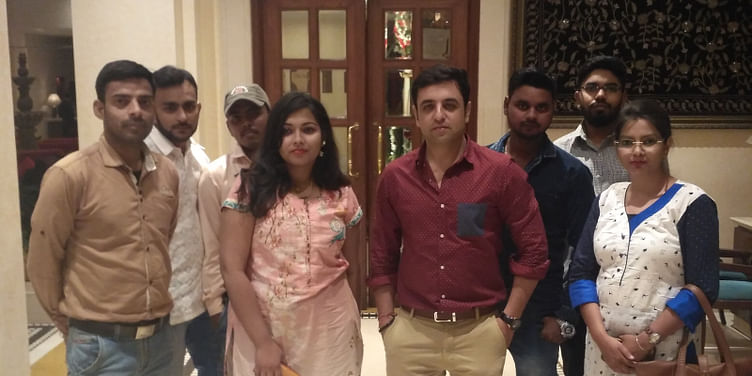 SarkariExam is a bootstrapped government job portal that helps aspirants crack thier exams.

For millions in India, a sarkari naukri means more than just a steady source of income. It means security, respect and this is specifically true fo the average middle-class population in Tier II and Tier III cities. In the quest for that job, students visit book stalls, and search employment newspapers like Employment News, and others for job exam forms.

As a child, Arpit Seth would help his uncle sell these forms. He would, however, wonder how students residing in remote areas had access to them. Years later, while working at TCS, he became acquainted with the word ‘startup’. “While mulling over it and what I could possibly do, I thought why not create an online platform where students can get information on all government jobs, admit cards and results in a single place. This formed the genesis of SarkariExam,” says Arpit.

He started SarkariExam in 2009 in Varanasi. However, actual work on the platform began in 2011. In the first few years, he focussed on understanding the space, collating the data needed and studied different portals that provided such information.

Initial challenges included getting proper internet connectivity and electricity. “It was a problem till 2015,” says Arpit. Also getting right content writers and technical talent remained a challenge.

Being an engineer himself, Arpit decided to use different and popular modes of communication and technology to spread the word and create awareness. He started using WhatsApp and within a month he got over a lakh students to connect on the platform.

“We were possibly the first platform to use Chrome and Safari for push notifications. We had over 25,000 subscribers in a week. We started with a few hundreds visits a day and now clock 12 million visits in a month,” says Arpit.

Arpit knew they had to provide information for all government jobs in an easy and accessible manner. He, therefore, ensured he hired people who already had government jobs, or appearing for government exams.

The team sourced information by meeting people, gathering what was available in different newspapers and portals. As Arpit had worked with his uncle using the same process, sourcing information wasn’t a challenge.

“We are ranked No. 1 in providing government jobs information free of cost to millions of students and are among the top 10 job sites in India. With 12 million page-views a month we are the default jobs site for millions of fresh job seekers looking for government jobs (Sarkari Naukri) in India,” claims Arpit.

He adds that over a million students across India receive daily government job updates in their inbox. The team claims to have 12 million page views in a month.

While SarkariExam was one of the first portals to provide information on government jobs and exams, today there are other portals like Career People and Online Tyari that are players in this segment. According to a KPMG and Google report, the online job market is set to double from the current $1.2 billion.

“We recently launched our YouTube channel and started providing free online classes to students, helping them to crack government jobs, We are trying to expand our expertise in that area. On the anvil is also free online test series,” says Arpit on SarkariExam’s future plans.