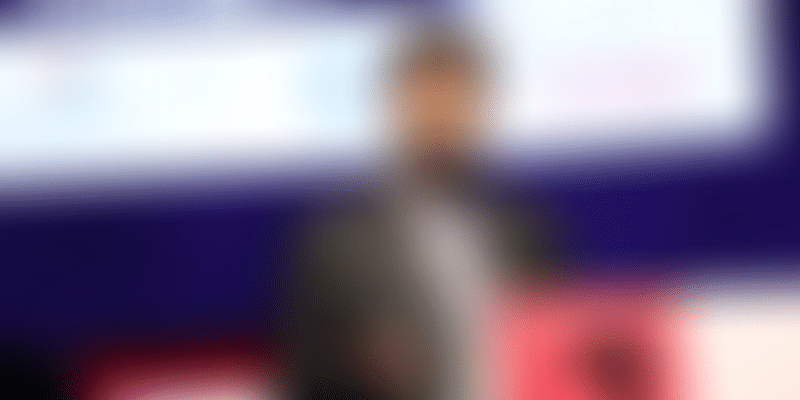 Swaayatt Robots removes the need for network and carrier companies to be part of the connected car ecosystem. Each car can drive by itself thanks to an onboard computer communicating to the onboard cameras through a LAN and making all the self-drive decisions.

Ingenuity does not announce itself. It always arrives when people least expect it.

When you meet Sanjeev Sharma, the founder of Swaayatt Robots, what impresses you is his deep knowledge of all things tech.

Having worked with world-renowned artificial intelligence (AI) experts like Zvi Shiller in Israel, and Richard Sutton in Canada, Sanjeev returned home in 2014 believing he could build a product company in India.

He realised that driving on Indian roads was a drudgery because of the traffic. While his peers wanted to focus on IoT solutions for cars for predictive and prescriptive maintenance, Sanjeev used his experience from working with the globe's best to build a connected car stack.

Those of you reading this may be thinking, when the global automobile biggies, like Volkswagen, Toyota and General Motors are working with some of the most renowned tech companies like Cisco and Intel to build connected car modules along with carrier services like Telstra and AT&T, what chance does a homegrown company have?

Swaayatt's technology makes a game-changing point. It removes the need for network and carrier companies to be part of the connected car ecosystem. So the incumbent theory that you need a consortium of network companies, mobile carriers, operating system companies, and automobile companies is thrown out of the window.

With Swaayatt, each car can drive by itself thanks to an onboard computer communicating to the onboard cameras through a LAN and making all the self-drive decisions. By doing so, the costs of the car drop significantly. Say if you paid Rs 67 lakh for the Tesla, let's drop the cost by a third, and that makes the difference. “We have tested the car in Bhopal and it drives by itself at 35 km per hour and in highways with an increased speed of up to 40km,” says Sanjeev.

Sanjeev is a graduate of IIT-Rourkee from the 2011 batch and has lived and breathed tech. “My father and mother encouraged me to learn what I loved,” he says.

In fact, his father supported him financially when he returned from the University of Alberta, Canada in 2014 to build a connected vehicle.

It all started with a 9-year-old Mahindra Bolero picked off from the pre-owned market. It took Sanjeev a good three years to train the vehicle and test it. It can recognise every object thanks to the 21 algorithms that work on speed, motion sensing, and the computer that is programmed to read known and unknown environments. “It a drive by wire system and I want to take this to automobile OEMs,” he says.

The 29-year-old believes the Indian automobile manufacturers can benefit from having a homemade system that is powerful and scalable. In contrast, automobile OEMs like the Tatas and Mahindras work with Bosch and Continental to develop such systems. The cost is so high that only high-end cars costing Rs 1 crore onward have some drive-by-wire features.

If a Bhopal-based startup can build a connected car for under Rs 40 lakh then the system should truly be replicated in all cars in the country. However there is a caveat here, the startup’s system is yet to be certified and approved by the ARAI, a regulator that tests and certifies all automotive components for safety.

Perhaps it's time for OEMs to support such tech. Sanjeev is yet to take the tech commercial and is in need of support to scale the business. Currently, he operates only with a five-member team.

By 2020, there will be a quarter billion connected vehicles on the road, enabling new in-vehicle services and automated driving capabilities, according to Gartner.

During the next five years, the proportion of new vehicles equipped with this capability will increase dramatically, making connected cars a major element of the Internet of Things (IoT).