In a bid to take on competition, co-working startup Innov8 raises $4M in Pre-Series A funding 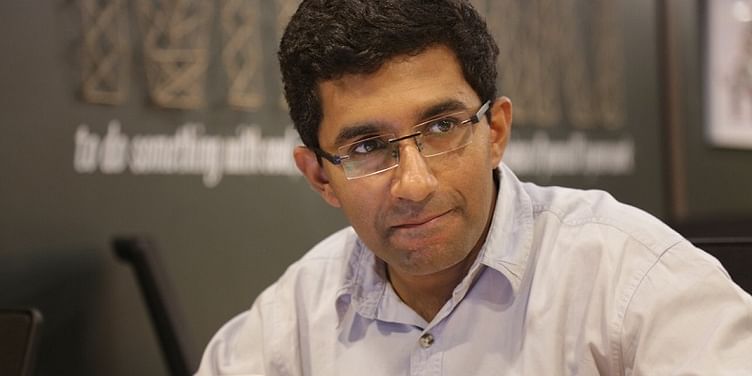 Co-working space startup, Innov8 on Wednesday announced that it had raised $4 million as part of its pre-Series A funding led by Credence Family Office.

Speaking to YourStory, a company said that they will be using the latest round of funding for opening up more centres and doubling up its seat and customer count to 8,000 and 7300 customers respectively, in next the six months.

According to Founder and CEO, Dr Ritesh Malik this will mean opening three co-working spaces in Delhi, Mumbai and Bangalore, with some of them as big as 1 lakh square feet in size.

The company also strongly suggested that it would look at newer geographies - Pune, Chennai and Hyderabad - only in the next fiscal year.

Started in 2015, co-working player Innov8, which was also part of Silicon Valley incubator Y Combinator has close to 13 centres across Delhi/NCR, Chandigarh, Bangalore, and Mumbai with an overall capacity of 4,000 seats.

The startup has added close to seven centres over the last financial year alone and has boarded more than 190 companies as members till now, which includes large corporates such as RBL, and emerging enterprises such as Swiggy, and Vice Media.

The company is also looking to make additional investments in building technology platforms for businesses along with customer-facing apps, and is investing in community experience while increasing its NPS (Net Promoter Score).

“We will be heavily focussing on technologies, which will increase the experience of our customers. Further, we plan to take full control of some of them, for example, the WiFi, which is rated by our customers as highly important. So, we control the WiFi. Along with this we will invest heavily in data reporting tools, which will give us insights and feedback on how a different aspect of the co-working space is helping customers.”

Ritesh also pointed out that the company will be looking at business enabling solutions like invoice management, and is looking to change the interface on how consumers perform basic tasks like booking meeting rooms.

Apart from focusing on creating larger campuses, for increasing the revenues of the company, the co-working space is also looking at alternative streams of revenue.

It is looking to add integrations like Concierge services among others. Health is a major focus for Innov8 as it plans to launch the Innov8 café for healthy food. This would be available as for a certain meal for consumers opting to work from the co-working space.

It is also looking to add meditation and yoga camps to its offerings.

At present, the monthly package for one seat at the Innov8 office starts from Rs 11,000 and goes up to Rs 20,000 depending on the location.

Speaking on the funding, Dr Ritesh Malik said, “We have almost 95 percent occupancy across all our centres, which is one of the foremost markers of our success. With the domain expertise our investors bring on-board, we look forward to leveraging their support, as we build a leading platform which offers a collaborative space for growth and innovation in India.”

“Co-working space is an exciting segment to be in. Innov8 has been able to clearly establish its unique proposition with its best in class design and community culture at value conscious price to its consumers. Innov8’s business model has demonstrated promising growth trajectory along with some of the leading names in the industry as its clientele. We are very pleased to partner with Innov8 and support them in their journey of creating a category of vibrant co-working spaces that exude design excellence and offer impeccable value.”

A report by the Confederation of Indian Industries in association with investment management company, JLL says that India’s co-working industry, has attracted around $400 million in investments this year.

When asked about competition, Ritesh said,

“There are companies like OYO, Lemontree and Treebo that have showed that there is still a strong used case for them to thrive. Similarly, in co-working, we feel there is a genuine need and reports already suggest that 60 percent of workspaces by 2035 will be co-working. Co-working businesses in India need to make sure that their NPS is high, to ensure they have the loyalty of their customers.”