Day 2 at TechSparks 2018: Of stories, experiences, ideas and much more 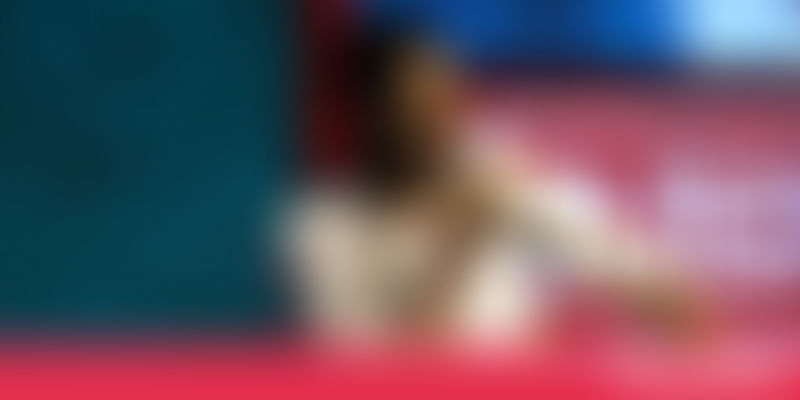 On Day 2 of TechSparks 2018, the excitement continued unabated. Intriguing panels that probed the disruptors of the startup ecosystem, talks that broke myths, and some new and old tricks of business. And of course, there are 30 new stars - presenting YourStory's Tech30 2018!

If content is the new favourite child, the one that's been around it commerce - and its new buzzword is ‘O2O’ or online-to-offline. Future Group’s Kishore Biyani underscored the importance of building a “digital layer on top of physical retail” on Friday, and today Rajiv Srivasta, Founder and CPTO of Urban Ladder, and Ramakant Sharma, Co-founder of Livspace, decoded the biggest conundrum faced by ecommerce today. And the verdict was - 'Online is great to start a business, but offline is better to build trust and value.'

“Around three years back, we decided that we were more a brand and not just a marketplace. A brand needs to be where the consumer is. And today, consumers for this category are 99 percent offline. They ask us where our store is even as we deliver their online orders,” said Rajiv.

A bright spark was Ajey Gore, CTO of Go-Jek, who said that though his company had started off as a ride-hailing startup, it now delivers 100 million monthly orders spread across 22 products or services.

Arvind Mediratta, Managing Director and CEO of METRO Cash and Carry India had many founders queueing up to partner and be associated with him, while Sameer Nigam, Founder and CEO of PhonePe spoke about how he aced the unusual combination for success.

Goa’s Minister for Revenue, Information Technology, Labour and Employment, Rohan Khaunte told the audience exactly why they needed to head to the state - and no, it was not only to enjoy its pristine beaches and bebinca cake, but because it made business sense. Manish Ghosal, Senior Consultant, AP Innovation Society of Government said entrepreneurs need to start up in Tier-II and Tier-III cities.

Simple and unassuming, the c0-founder of India's fastest Unicorn and yet, the boy-next-door - that's Udaan’s Sujeet Kumar! In a fireside chat with Shradha, he shared his experiences and the company’s growth to be the fastest growing B2B commerce network in the country.

So TechSparks is not only about startup founders - a peek on the other side of the table would show the toughest part of an investor’s job is to say ‘no’ to entrepreneurs. Six investors representing the crème-de-la-crème of India’s VCs discussed what they liked, and hated about their job. While new age entrepreneurs made them happy, refusing investments was declared as the inevitable ‘Debbie Downer’.

If you have seen Zomato’s “Get bhel delivered faster than bail" ad, you already know this guy. Internet personality and Zomato’s Art Director, Akshar Pathak enthralled the audience with his witty stories, comical designs, and insights into designing for new age brands. A word of caution though - “Something funny to me, might be offensive for you," he says, adding he believes in being between the 'safe' and 'offensive' zones.

The niche area of deep science startups is oft unexplored and speakers at TechSparks demystified it for keen listeners. While Siddharth Pai, Founder and General Partner of Siana Capital, explained how investors need to tap this space for greater impact, Prasad Kompalli, CEO and Co-founder of mfine elaborated on how AI will power the next generation of doctors.

“We are creating a virtual doctor which will help infinitely scale doctors' reach and supplement as their assistant so that more people can be diagnosed and treated quickly,” he said.

Over at the HerStory track, women leaders explained why true victory lies in the success of women, how women need to take charge of their money, and shared tips on dealing with corporate politics.

A power panel saw Naiyya Saggi, Founder of BabyChakra, Shalini Prakash, Venture Partner of 500Startups, Sivareena Sarika, Co-founder of PregBuddy, and Kalyani Khona, CEO and Co-Founder of Inclov came together to hash out how women need to stop shying away from the spotlight, and own their success.

We love stories - but of course, we are YourStory! YouTube celebrity and “Mostly Sane” Prajakta Koli said she never expected her channel to be as popular, and that brands are now more open to non-traditional advertisements, reshaping content as we know it.

Day 2 at TechSparks is when we reveal our Tech30 startups - a list of 30 young and promising startups that we carefully handpick. Each startup founder oozed confidence as they delivered their pitch in style. For a complete list, check this and stay tuned to YourStory for details on each of our super startups.

Not all the action was in the auditoriums - intriguing products, and fun experience zones made exhibitor stalls a hit among all, and each saw an average of 200 to talk shop. The buzzing courtyard witnessed not many future business deals, but also some cool collaborations.

ChaiPoint created a massive experience zone, serving beverages from its latest IoT enabled coffee/chai machine, ‘boxC’ that comes with a cloud-based dispenser and your own barista. NetApp had some great leads for new channel partners, and Zoho was overwhelmed with the footfall they received. Rumours are, their business card bowl is overflowing!

LiveVR More wowed their visitors with a 2-minute showreel of their creative content and managed to impress almost everyone. Like all good things, the ninth edition of TechSparks has come to an end, but we will be back next year, with more energy, more enthusiasm, and yet the same soul - trying to be the storyteller for each entrepreneur.