'I don’t like the word startup. It doesn’t capture the spirit of entrepreneurship' - Kishore Biyani 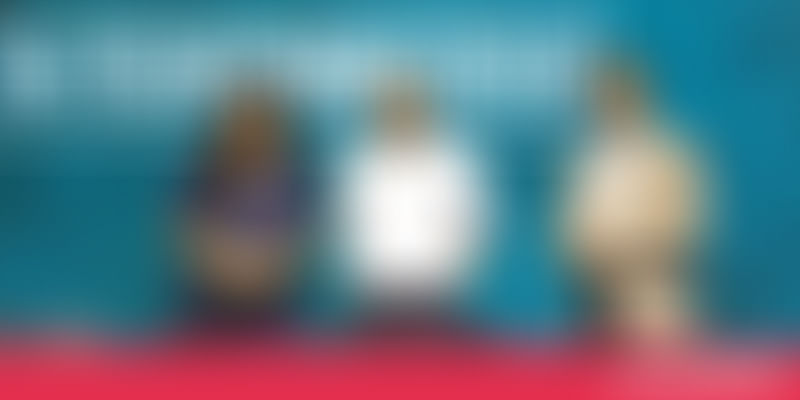 The Future Group owner does not like ecommerce yet. He has no belief in 'pure online', but loves entrepreneurs with a zeal. The King of Retail was in his element once more, only at TechSparks 2018.

After over two decades of leading India’s largest retail company, and essentially pioneering big box retail in the country, Future Group owner Kishore Biyani now wants to dip his fingers in technology but he remains unconvinced about a pure online play. His digital ambitions are tempered with caution.

"Pure online mein hamari belief aaj bhi nahi hai, (we still don't believe in a purely online business)" he says. “You have to build a digital nervous system for an organisation. We are building a layer of digital on top of physical. We are a big proponent of O2O (online to offline).”

Very soon, Future Group plans to launch experiential retail stores - the kind Kishore has seen in New York - where customers can walk in, look and feel products, place their orders, and get goods delivered at their doorstep in 24 hours. “That is the O2O experience we want to bring to India,” Kishore says.

“Startup means yeh toh khatam hona hai. (Startup means that it has to finish.) It is just about raising money and living happily ever after. I don’t like the word. It doesn’t capture the spirit of entrepreneurship,” he tells a packed audience at TechSparks 2018.

He bats for desi entrepreneurs, especially those with “a missionary zeal” — a phrase he uses more than once during his fireside chat with YourStory Founder and CEO Shradha Sharma.

“India cannot grow without its entrepreneurs. They are the ones who will create the jobs,” he says.

When asked which Indian ecommerce company he’d like to lead if given a chance, Kishore sidesteps the question, saying instead, “I think there’s more joy in creating than working for someone else.” His response is met with thunderous applause from the audience. He then adds, “Our job is to create something which millions enjoy, and then keep doing that for years.”

No “beauty” in ecommerce?

While Walmart’s $20 billion acquisition of Flipkart continues to make waves in the domestic startup ecosystem, Kishore makes light of it. Shradha asks, “What do you think of the deal, Mr Biyani?” He says cheekily, “Beauty lies in the eye of the beholder! Yeh toh wohi hua ki aapne makeup laga ke ladki ka photo shaadi ke liye bheja. (This was quite like sending a photograph for a marriage proposal, the implication being that the 'makeup' hides a multitude of flaws.)"

Once the spontaneous applause down, Kishore explains,

“You can’t just be investing in the future. There will be some new future tomorrow. There has to be something substantiated at present. Ecommerce mein paise nahi bante hai (there's no money made in e-commerce) and the cost of acquiring a customer is going up as we speak.”

Even as he’s sceptical about Indian ecommerce, Kishore reveals that Future Group, especially its food division, is working with hordes of small food-makers and entrepreneurs and giving them shelf space in their stores.

He says, “I met a milkman outside a temple one day, and really liked his product. Now, he’s selling his brand in our stores. Another time, there was a food entrepreneur in Dubai who made me taste some papad he makes. We invested in him and brought his brand to our stores. So, we are always keen to collaborate with entrepreneurs who have a missionary zeal.”

At present, Future Group is focused on expanding its presence in smaller towns and villages. It has already opened close to 1,100 small stores, and will take that up to 10,000 in the next six or seven years. “We have acquired 8-9 small retail chains and want to be the largest small-store network,” Kishore states.

“Everyone is busy chasing India 1 which is only 10 percent of the population. We want to chase India 2, which is 40-45 percent. And then there is India 3. These are all terms I had coined in my book.”

He also reveals that to ease deliveries and reduce wastage, Future Group is building a “food grid” in small towns, such that “no item travels more than 200 kilometres from the store.” He believes Foodhall, Future Group’s premium foods business, can turn into a Re 500-crore operation in two years.

When a member of the audience quizzes him about the possibility of drone deliveries in India, his reply is prompt, “They are the biggest delivery mechanism. If they are legalised, we would be the first ones to use them. But, I don’t think it would happen in the next couple of years.”

But India is the best consumer market. Says Kishore, “Businesses need population. India has it, China has it. But, China mein entry nahi hai. That is why India has become so attractive. More money will pour in from East and West.”

How to do business

As a seasoned entrepreneur, who’s been through the crests and troughs of doing business in India, Biyani has a word for advice for the newbies.

“Don’t think too much. And don’t have too much knowledge. Ignorance is the biggest thing I feel. If I had done an MBA, I would never have been able to build a business,” he says.

What about Future Group? Will the grapevine rumours and hia frequent sojourns abroad amount to something? “Seekhna padhta hai sab se. We did not learn earlier, so we are learning now,” Kishore says.