Why are our girls not in school? 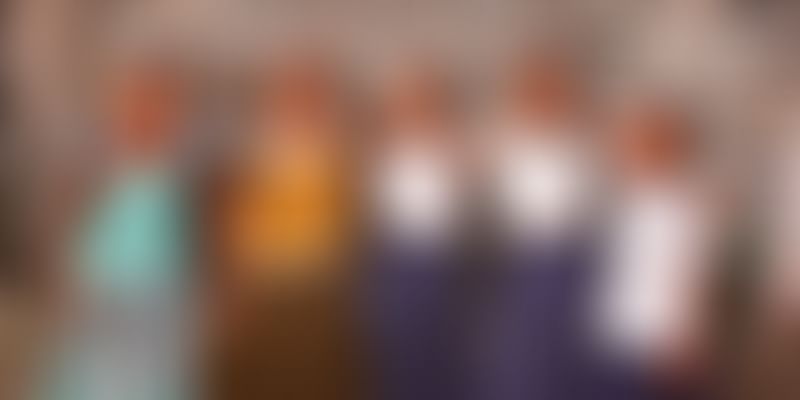 India ranks first among countries with the most number of child brides. There is an intrinsic bias when it comes to our girl children, many of whom never get a formal education.

The 21st century is here, and the world is making earth-shattering progress, but women and girls are still not able to enjoy their rights across the world despite being guaranteed social justice, dignity and gender equality as constitutional provisions by many countries. In the Indian context, where goddesses are worshipped across the board, do we really agree that women and girls are given their due importance? For years women have been considered an asset and exploited at every stage of her life. Families do not celebrate the birth of a girl child and if a couple has more than girl children, it is considered a curse. Since childhood, a girl faces neglect in healthcare, education and growth opportunities, because of her gender.

According to the latest Census, there is a wide gap between female literacy (65.46 percent) and male literacy rates (82.16 percent), which further reduces in the rural parts of the country (58.75 percent). The Indian Constitution recognises education as a fundamental right through a Constitutional Amendment in Article 21, which makes education a fundamental right. The Right to Education Act 2009 mandates the provision of free and compulsory education for each child in the age group of 6–14 years. According to the Census of 2011, there are still about 32 million children, aged between six and 13 years, who have never attended any educational institution. A majority of them are children from Dalit, Adivasi and Muslim communities.

Regardless of the laws, policies and schemes available for the education of girls, one wonders why girls are not in schools? Several research studies show that poverty, child marriage, disinterest in schooling, distantly located schools and lack of safety in schools and on the way to schools are some of the leading reasons why girls, especially from these marginalised communities, are out of school. Social and cultural norms pose a lot of restrictions too, due to which girls are unable to enjoy freedom. Girls experience multiple forms of discrimination and violence in different contexts. They are forced into early marriage by their families as they are considered to be a big liability, and their safety issues, especially after puberty, is another big reason. According to a recent report, India ranks first in terms of the number of child brides in the world, with around 27 percent girls being married off before their eighteenth birthday. Poor educational opportunities for girls, especially in rural areas, also increase the vulnerability of girls to be forced into child marriage.

In rural India, a majority of girls are either engaged in agricultural activities or household chores, specifically being in-charge of sibling care. Hence, they don’t get the opportunity to attend school[1]. The girls who manage to attend school are not able to participate in the educational process due to gender and caste-based discrimination prevalent in schools. Teachers often engage in the same discriminatory practices towards students from the most marginalised communities. Other forms of discrimination include segregated seating arrangements, discrimination based on caste, and preferential treatment for children from upper castes in representing the school. Some schools even force girl students to clean the school and toilets. Research shows that even the textbooks promote under-representation of women.

The education system is not prepared to address the needs of marginalised girls due to a huge number of teacher vacancies and a low percentage of female teachers, especially after the primary level. According to a report by the Right to Education Forum, more than 4.1 lakh teaching posts are lying vacant, with Bihar, Uttar Pradesh and Jharkhand having the maximum vacancies. Government data claim that more than 96 percent habitations are served with elementary schools. But a recent initiative by the Government of India for merging schools in name of a unified school may result in rising drop-out rates of girls if they are not provided with safe transport facilities immediately.

The urgent need is to establish a strong protection mechanism in schools and communities to ensure girls’ safety and participation in the educational process. Provision of creche/balwadi facilities in each village will ensure regular participation of adolescents in schools as they will be freed from sibling care. The most critical role lies with the Ministry of Panchayati Raj—to provide training and orientation to Gram Pradhans and Panchayat members to address the needs of girls, especially those from marginalised communities.

[1] A survey on the estimation of out of school children in age group of 6-13 years, conducted by IMRB for Ministry of Human Resource Development, 2014