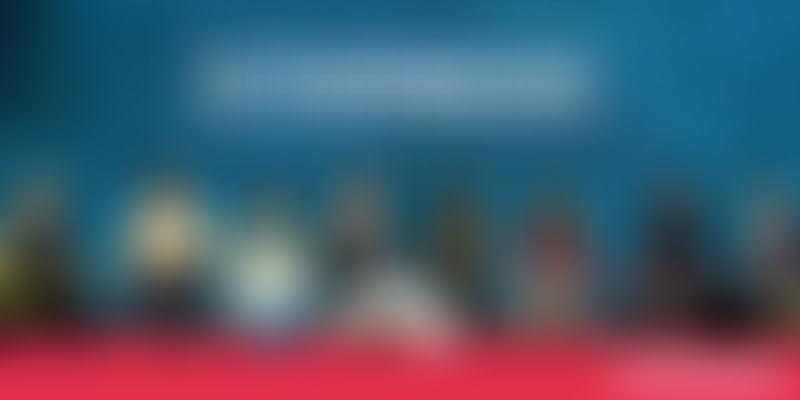 If one thing was clear at TechSparks 2018, it was that India’s prominence in the global startup ecosystem was here to stay. And nowhere was that more evident than in the final panel of the mega event. A truly global gathering of leaders spoke to YourStory’s Director of Research, Madanmohan Rao about Global India: Silicon Bridges for Startups.

Working with the Indian startup ecosystem

Florent Bernard: The European Union and India share a lot in common. We value democracy, have many states and languages. So, it’s essential we work together, and one of the sectors where we want to work together is startup innovation. The European Commission and Indian Department of Biotechnology and Department of Science and Technology have announced two new co-founding mechanisms for research and innovation cooperation under Horizon 2020.

Nao Murakami: The Incubate Fund is the largest fund in Japan and we are investing in Japan, Hong Kong, and Taiwan. We have been in India for three years now, and have made many investments here. We are starting an India Focus Fund later this year and are planning to grow our network here. We are creating a network that can be leveraged for Southeast Asians and Japanese looking to invest in India.

Sowmya Keshava: We focus on three verticals. The first is investments, where we are strategic partners and advisers for a Korean Fund that has been in India for the past three years. We are sector agnostic and have made four investments. The second area is cross border acceleration under which we have multiple Korean programmes to help them expand in the Indian market as well as take Indian startups to global platforms in South Korea. As part of the third vertical, we help startups build from scratch in India, so we can help them be part of the consumer journey in India.

Bhavna Kumar: Samsung Next is an early stage investor in startups around the world. We also partner and innovate with startups. And we have a mandate of expanding fairly quickly around the world and 30 percent of our portfolio is already outside the US. India is our big focus area and the diversity of this panel shows the global push on innovation here. We want to help startups with global distribution, AI expertise, introduction to the US B2B market, etc. We have made one investment in Healthify Me and are looking to make many more.

Lucy Lin: Our cultures are different, yet similar. We see India offering the same kind of large opportunity as China. We would like to bring Chinese venture capital to India and find potential growth in this market.

Eric Robinson: We believe that diversity actually drives innovation and that informs the various startup policies that we have. One of them is the startup visa programme designed for entrepreneurs around the world who are interested in moving to Canada, which gives them access to the North American market. We also have the Canada-India innovation programme for entrepreneurs and innovators of both countries to work together for innovations that help both countries.

Eric Robinson: An Indian startup was having trouble entering the North American market. As part of our visa programme, they moved to Canada while continuing to have operations in India as well. With a change in the way they presented themselves to the world, they were more successful.

Lucy Lin: We have some excellent deals going on and in the next two years, you will see some great examples of success stories from our programme.

Julian Zix: We see small successes every day. We have brought delegations of startups that came and met other companies and it’s been a good year so far.

Bhavna Kumar: We have to work with startups in a much more meaningful way and help them grow internationally. For example, a company called LoopPay was working out of MIT. We invested in them, helped develop their technology for impact, and then acquired them. We also helped an Egyptian startup get incorporated in the US.

Sowmya Keshava: We have been organising the K-Startup challenge for three years, and this year we have tied up with YourStory to increase our reach. We’ve got 500 applications and over three days, actually narrowed it down to startups that would work in the Korean system. We started this programme to support these startups, so clients will be willing to work with them and give them that exposure.

Nao Murukami: We are working with companies through collaboration. Our initiative is connecting the Japanese startup and corporate ecosystem to the Indian ecosystem. They can leverage that platform and target the right people.

Florent Bernard: The interest of the Horizon 2020 programme in India is two-fold – we want co-creation to take place between India and Europe; second, we want this co-creation to have a social purpose; and we will give you access to not just one country, but the whole of Europe. One of our success stories was a water project where we had startups from Denmark, France, and Germany teaming up with Indian companies and universities and they co-created and came up with new solutions that are deployed in several states in India.

Advice on scaling up globally

Florent Bernard: We have several platforms in place such as EurAxess and Startup Europe where you can access help and find partners, mentors, venture capitalists to push your startup journey.

Sowmya Keshava: In this current scenario we need to continue to collaborate and have a cross-border exchange of ideas or technology. The other advice I would like to give startups, especially those interested in Korea and Korean startups looking to work in India, is to come up with solutions for that geography

Bhavna Kumar: First, I'd like to say that India is a very powerful market for several different areas. There is a lot of disorganisation here that can be automated through technology. So if you're building a novel idea, there is no harm in growing it here first. So you have to be sure that you can show some numbers before you wave the international flag. When you are ready to go international, make sure that you are have the right strategic partners.

Julian Zix: I would like to recommend that you think about the strategy, think about what you really want. Don’t be blinded by the sheer size of the EU and single market. Think of what you can offer your German partner and how you complement each other. Do your homework and be very specific about what you want.

Lucy Lin: The way to succeed would be to follow the Indian style, but use some Chinese secret masala. It will help you grow your business. We are here to help Chinese businesses reach the Indian market and vice versa.