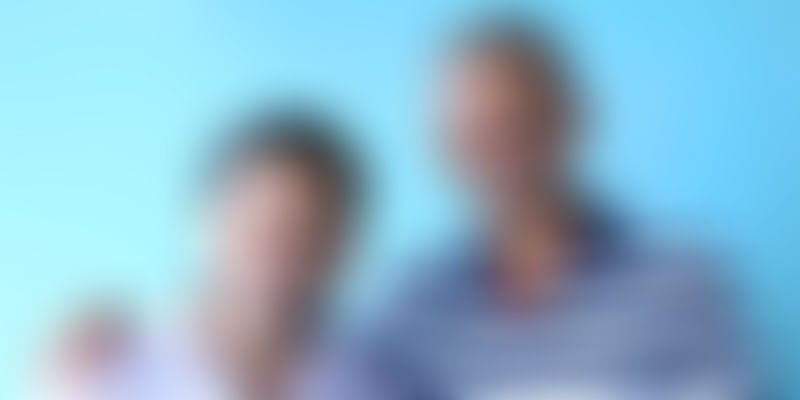 HealthifyMe, one of India's leading health and fitness apps, announced on Wednesday that it had hit one million downloads on the Google PlayStore and also received an additional $1 million (Rs 6.7 crore) in funding from Dubai-based investor Neelesh Bhatnagar - through his firm NB Ventures, which has been actively investing in Indian startups. In May 2016, HealthifyMe had announced a $6 million Series A round led by IDG Ventures India, Inventus Capital, and Blume Ventures. This latest $1 million round is an extension of the Series A round.

HealthifyMe was co-founded in 2012 by Tushar Vashisht, Sachin Shenoy, Mathew Cherian, and initially incubated by Microsoft Accelerator in Bengaluru. HealthifyMe is currently positioning itself as a comprehensive lifestyle tracking platform that combines power of technology with real human services to deliver measurable impact. The venture currently has over 150 coaches on its platform and has been rated as a “Top of 2016” mobile app by Google and it has featured multiple times in the health/fitness category by both Apple and Google (Android).

HealthifyMe’s app enables users to keep a track of their calories, set personal fitness goals, and measure progress. The app syncs with all the leading fitness trackers including Fitbit, YuFit, and MiBand along its own fitness band RIST. The startup has three main revenue streams - premium subscription model (starting at Rs 800 per month), corporate wellness, and healthcare programmes. Talking to YourStory, Tushar noted that out of their three premium subscription options, 'Balance' is the most popular choice among customers. He also estimated that HealthifyMe earns about Rs 5,000 in revenue per premium user, who in most cases stick around on the platform for about six months.

With 208 employees, HealthifyMe has physical presence in Bengaluru, Delhi, Mumbai, and Chennai. On the Android versus iOS debate, Tushar noted that almost 80 percent of their users are on Android with the remaining 20 percent on iOS. Talking about the recent success of the app, he said,

Hitting one million users is a great validation since most of the growth has happened organically. To me, our 4.3/5 rating matters a lot more as it speaks of how much our customers believe in us. I hope we sustain this momentum by crossing 10 million downloads in the next 18 months.

By leveraging data from fitness trackers and other inputs from users, one HealthifyMe coach is able to manage about 350 users per month. Going forward, Tushar aims to onboard more coaches and hit a milestone of 300 coaches by mid-2017. Speaking of funding, Neelesh said, “I am keen on investing in emerging digital first Indian startups that have the ability to expand internationally with an asset-light approach. I look forward to helping them expand to the Middle East at the right time. HealthifyMe’s growth journey has been fascinating so far.”

According to a WHO report, one in four Indians risk dying from a non-communicable disease like diabetes, cardiovascular diseases, cancer, and hypertension, among others; before they reach the age of 70. Most of these can be prevented or controlled by incorporating healthy habits into one’s routine. Many health and fitness startups around the world and in India are looking to improve the lives of people by leveraging technology.

MyFitnessPal, which was acquired by Under Armour in 2015, is a well-known player globally in this space. Closer home in India we have GOQii which raised a $13.4 million Series A funding led by NEA and then brought on board Ratan Tata as an investor in October 2016. Mukesh Bansal and Ankit Nagori’s CureFit raised $15 million from Accel, IDG, and Kalaari in July 2016. TrueWeight, which aims to help people lose weight through super foods, raised an undisclosed Series A round from Kalaari Capital in 2015.

HealthifyMe aims to use the additional funding to hire top leadership and invest in product and tech innovation. Talking about 2017, Tushar said, “The New Year is an important time for making health and fitness resolutions. We have some in-store activities for our customers to help them stick to their resolutions.”

(Disclaimer- Kalaari Capital and Ratan Tata are investors in YourStory)