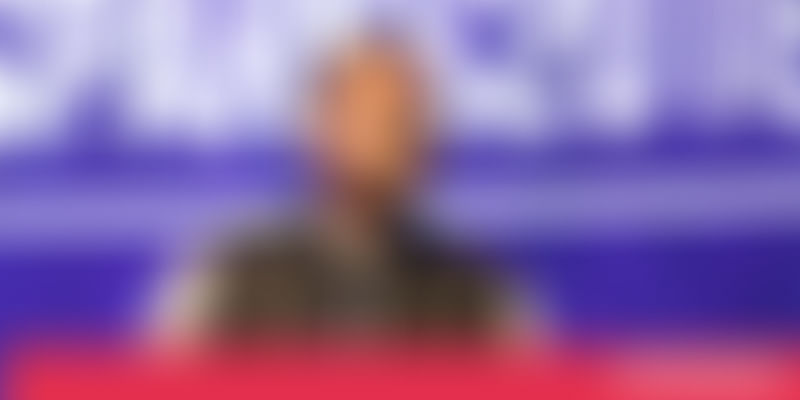 The minister launched Unnati, a scheme that will offer entrepreneurs and startup founders a chance to be agents of progress and partner with the government to solve real-life problems. An amount of Rs 20 crore has been earmarked for this entrepreneurship programme, which was fittingly unveiled at the ninth edition of TechSparks.

Kharge said, “We are inviting tech companies who can bring social change through artificial technology, robotics, and other emerging technologies that can solve real-life problems. We want Karnataka to be the leader in creating social impact with innovation. Innovation should be bred by the government."

Quoting Mahatma Gandhi, Kharge exhorted young entrepreneurs to bring about change by embodying them. Through Unnati, he urged them to use technology and help progress reach the bottom of the pyramid. Recalling the example of a startup that used AI and robotics to detect sewage blockages, Kharge said that the department aims to work with those startups that actively use technology to create change at the grassroots level.

The ministry will mentor, guide, and fund the applicants once they are shortlisted. Kharge said, “We will invest up to Rs 50 lakh in those startups. We have earmarked Rs 20 crore as of now for this programme. But we can take it to Rs 100 crore before March if potential innovative ideas come in.”

Apart from investing Rs 50 lakh, the government of Karnataka will also help these startups get their ideas piloted within the government sector. Kharge said,

“The government of Karnataka has established centres of excellence for data science, animation and gaming, IoT, AI, machine learning, robotics, and others. We want to create a knowledge-based society. We are also heavily focussed on skilling in emerging technologies so that we have a skilled workforce ready for various technologies.”

The minister also announced his government's work in coming up with an innovation legal framework, wherein it partners with stakeholders and takes their opinion before a policy is enacted.

“Another gamechanger initiative from the State government is the Karnataka Innovation Authority, where we are happy to experiment with all new innovation that can help governance in a controlled environment,” added Kharge.

On the measures the State government has taken so far to boost the startup ecosystem, Kharge said, “Last year alone we have helped over 400 startups to establish themselves. And we have funded more than 250. We are also trying to come up with a policy of procurement and services where the government can look to procure at least five and eight percent from startups.”

At the event, Dana Kursh, Consul General, Israel, while praising the thriving startup ecosystem in India, said, “There is a 'tech sparks' between Israel and India. The idea of jugaad, if taken positively, is improvisation, and India is the hub for it.”

Kharge drew applause for his witty banter through the keynote address. Fielding a question from Paytm Founder Vijay Shekhar Sharma on when infrastructure in Bengaluru would get the attention it deserved, he replied that he needed to be chief minister to answer that!

However, he suggested that the city's growth over the last couple of decades had led to the problem, and that the Karnataka government was working on it.

In answer to a question on if there could be a countrywide shared entrepreneurial ecosystem, he suggested he would be in a better position to advise if he was prime minister. His off-the-cuff remarks led to a spontaneous outburst of laughter.

Startups interested in applying for Unnati can fill up forms that the department will make available from October 10.

YourStory's annual extravaganza TechSparks brings together the best and the brightest from the startup ecosystem, corporate world, policymakers, and, of course, the investor community. Over the years, it has grown to become India's most loved tech and startup platform for knowledge sharing and networking. The ninth edition of TechSparks also marks YourStory's 10th anniversary. A big thank you for all your support over the years and keep reading and watching YourStory.