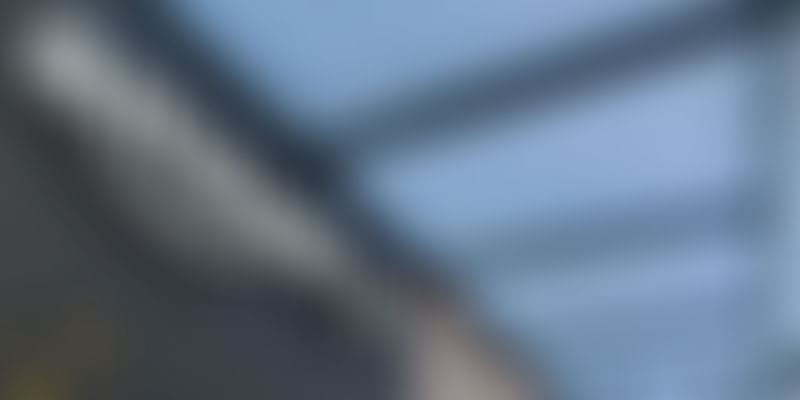 The future is here with Amazon Go, located at 2131 7th Ave, Seattle, Washington. The store is on the corner of the avenue and Blanchard Street and it has a lot to do with how retail is evolving.

Jeff Bezos has shown the world how he can change the retail industry forever with no need to manage men and women. For the average tourist, the AmazonGo store is a pilgrimage because it has cashless checkouts.

But what they don’t see is the ceiling and that's where all the action is. Around 300 or more sensors and cameras are all looking at you without any distraction and they are constantly studying consumer habits. This reporter experienced firsthand the marvel as it removes the need for humans working at the store.

The 1,800sqft brick-and-mortar store is noted for one thing: there are less than three people working at the store. A store of such size in India would have at least 15 people working for it in two shifts.

Will this be a cause for concern for Mukesh Ambani and Kishore Biyani that Indian retail will soon be dominated by foreign capital and technology?

“We are already investing in big data and artificial intelligence,” says Biyani, who is the founder of Future Group. He also adds that they are partnering with a western company (sources say it is Amazon) soon to scale their retail business.

Amazon Go can change retail because it brings efficiency to operations. Retail works on PoS systems and is people-dependent for the capture of data and servicing customers for being loyal. It’s manual and fragmented. Amazon Go changes all that with AI making these decisions for the consumer and it gets it right all the time. It recommends products that need to be purchased because it understands your purchases.

Many companies in India are trying the model in the country.

Self-checkout companies like Perpule and BluPay are helping with cashless payments for retailers like the Future Group, but none of these startups are at the scale of Amazon and need the support to modernise the Indian fleet.

The working of the app

The entry to the store can happen only if you have the Amazon Go app, which has a registered credit card. Upon entering the store, one has to log in to the WiFi and activate the app, which throws up a QR code.

Guests can use the QR code to enter the store and the QR code readers open the gate for a unique shopping experience.

Amazon offers more than 1,900 SKUs to be consumed. From chocolates to yogurts to sandwiches everything is available at the Amazon Go store. The store allows the user to buy things on the go and once the article is picked off the shelf the cameras treat this as an intent of purchase and upon crossing the QR code area, the app bills the customer.

The technology used is AI, computer vision, and machine learning. The computer knows an individual because the card is linked to the app, The computer knows the customer as he or she is entering the store. The app is central to everything. Once the user moves out of the store the app bills the customer for picking the item. The computers know what time one comes in and checks out. It even knows the frequency of visits and time spent in the store. It knows the size of the wallet too. Imagine the power of millions of customer habits in its data centre.

Amazon Go will know and understand consumers from each state in India thanks to its AI crunching the data.

No wonder Amazon has filed patents...

Patent file number 10021458, filed in 2015, shows that Amazon lists the importance of this technology and why it is interactive and built for the social networking world. Its entire tech stack is built on continuous learning where the machine knows you like a friend.

Amazon has put in a lot of thought behind how data is transmitted and how the machine tracks, traces, replenishes stocks and allows humans to understand their shopping habits. In essence, it enhances their shopping experience.

Amazon defines the system as:

The patent describes a system of cameras, sensors, and RFID readers to identify shoppers and their items. It is all in real time.

“Retail in India has missed a chance in advancing innovation in tech and launching ecommerce. It comes as no surprise that they will have to partner or be bought over by Amazon or Walmart because of their deep pockets,” says Devangshu Dutta, CEO of Third Eyesight, a retail consulting firm.

Amazon will open more stores in LA, Chicago and the Bay Area soon.

Unfortunately, in countries like India, these technologies will take a long time take root. To set up a store like Amazon Go takes millions of dollars. In India, it costs nothing at all because the labour is so cheap. To set up Amazon Go tech, a company has to spend more than $500,000 per head per store. In India, a retail store can be set up for $100,000. However there is a startup called Watasale, which has been piloting similar technology in Kochi and wants it's tech to scale up across the globe. The first pilot was done this year and the young startup has received wide publicity. Perhaps Indian retailers should reach out to such younger startups and scale them up if they have to compete with Amazon.

Organised retailing only accounts for $65 billion in India, and for Amazon and Walmart, it is great to sign a deal with brick-and-mortar companies to scale with Amazon Go tech. This visit to the store was organised by TiE Mumbai in association with Amazon Web Services.